This is Part Seven in an ongoing investigation and expose of the anarchist / Antifa movement and the strange concessions made to it by state and media forces. (NB When discussing Fairfax, the author is referring to the coterie of propagandists at its core, not the subsequent owners of Fairfax, Nine Entertainment).

We now give you something smelly…

There will be a sensational defamation trial in June 2020. Victoria Cross winner, Ben Roberts-Smith, is suing Fairfax over material that said he broke the laws of war, murdering a suspect in Afghanistan and committing other irregularities at war and behaving badly in his life.

The crusade against Roberts-Smith has been the brainchild of Nick McKenzie of Fairfax and Chris Masters normally of the ABC.

Fairfax has been relentless.  Mr. Roberts-Smith has said: “The humiliation and vilification directed at me by Fairfax and Nine has been bewildering and hugely distressing for myself and my family…. ”.  He has referred to “malicious and highly damaging allegations, all of which will be vigorously defended” and the Fairfax Media reports as “a catalogue of lies, fabrications and misrepresentations”. 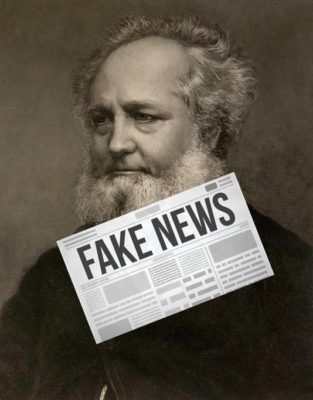 An official resume of Ben Roberts-Smith says: “With a MBA from the University of Queensland, he became a general manager of Seven Network Queensland in 2017. Named Australian Father of the Year in 2013, Roberts-Smith was chair of the National Australia Day Council from 2014 to 2017, is patron of several veterans’ organisations, and is a sought-after keynote and motivational speaker.”

Nick McKenzie styles himself as an investigative journalist. He is quoted as saying: “Every journalist is an investigator. We corroborate facts that have public interest…”

From my point of view, I would take the bet McKenzie and the Fairfax rabble will lose the defamation action and this ‘investigator’ winds up practising his journalism on the toilet walls at the Birdsville pub. Ben Roberts-Smith is just the person to give him this new job (sic). And much of Australia would hope for this outcome.

However, what remains odd about our intrepid Sherlock is his connection with Melbourne Anarchist Club secretary, Luke McMahon.

Mr. McMahon had (has?) an unknown direct interest in the outcome of the Roberts-Smith affair. Posting on Facebook in 2018, he has said that the McKenzie articles were going to be the “some of the most important journalism” in Australian history. What did he say – something about “reviewing legal documents”? Something about writing a legal “analysis” on Commonwealth “war crimes” charges against Ben Roberts-Smith?

It would seem that Mr. McMahon had some sort of involvement in the story? Where would he get legal documents from if they related to this affair? Was it from Fairfax? Or from Mr. McKenzie personally? If the latter, why would Mr. McKenzie approach him that way if there was not some ‘relationship’ between them?

Well, I thought there were some issues here, so I contacted lawyers for Mr. Roberts-Smith and shall say nought more about that here. Maybe Mr. McMahon will find himself deposed during the interrogatories?

Nick McKenzie the investigator has certainly done Luke McMahon a favour. He covered up for him. Last March, when a nationalist was arrested and charged with making phone threats to Mr. McMahon, McKenzie wrote the story for the Fairfax stable, saying that the man had been charged “with allegedly making repeated and explicit violent threats against a Melbourne journalist and lawyer”. What no mention that the ‘victim’ was the anarchist leader? Would that not be a very salient fact? Mr. McKenzie even went on to mention Australia First Party in the arrest article and stated I had once been convicted of “attempted murder”. What? Never been convicted of that!

The omission that Mr. McMahon was an anarchist was a glaring oversight by our Sherlock and intrepid-truth-teller against Ben Roberts-Smith VC. I must challenge Mr. McKenzie to correct his journalism and make the acknowledgement as to Luke McMahon’s status. More so, I would ask him publicly – will he ‘investigate’ the McMahon connection to anarchism and Antifa?

Some people ask me why I don’t do interviews with the mainstream metropolitan press. Perhaps the reader can work that one out? Indeed, when Nick McKenzie contacted me for comment on his article which was then under preparation, I asked him via text message to send me his questions to an email address. I just wanted to see what it was all about. He didn’t write and published anyway. I texted him after publication on the following day: “It would seem my comment was sought to assist in my own defamation.”

Me thinks the war hero will ‘bury’ the journalist and ‘bury’ the anarchist. And good riddance 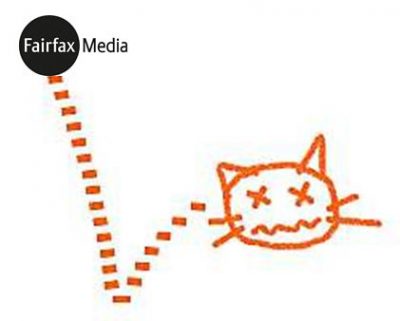