We say the vile phrase ‘reform’ means the on-going destruction of who we are and what we’ve achieved.

Once upon a time, Newcastle was a mighty industrial hub with jobs for all, a training place for the best of apprentices, a centre of technical innovation, a place of solid cultural achievement and family values – and a source of pride for all Australians.

Over the last two decades, the official spokesmen in Newcastle Council, business groups and in the major political parties, have said that Newcastle can be sold to the world as a city for conferences and a place for overseas students who displace our bright kids in our own institutions (who stay anyway taking jobs from others), as real estate to be sold to foreigners, as a service city to the Asian economies.

The Newcastle City Council openly adopted a “plan” in precisely those terms in 2003 – with the call to speed it all up.

So much of Newcastle has been taken by reform’.

The Newcastle / Hunter is to undergo further changes called further ‘reform’. The pressure to step up dangerous coal-seam gas mining is on and the raping of our coal resources by the multinationals mostly for the Chinese market does not serve our long term interest.

The removal of the rail-link to Newcastle City tells us that the property developers are moving in to rob us of our recreation and convenience.

Mayor McCloy’s continuing housing development plans along the foreshore tell us that the character of the city is to be demolished.

The new 3000 houses at Minmi warn us of massive immigrant resettlement of the Hunter Valley.

The new call to have the current Hunter Economic Zone cater for even more overseas students and for more coal-seam gas mining activities is a wake up call. We will become servants in our own land and worse – we may not even own our land.

The various schemes for Newcastle and the Hunter Valley are all part of the Asian Century plan of the money men, an open conspiracy of the rich talked up by the politicians which threatens us all with total dispossession. Such is the vision of ‘official Newcastle’.

There is an alternate vision, the one that Australia once held to and which we should follow again: that of an Australian economy producing for Australians first, one which guarantees all our livelihoods and our fair share of Australia’s wealth, a system where we all have decent housing and good community services and an opportunity to do better by our own labours.

The two ideas exclude each other. One is right and the other is wrong. We are determined to stand up and win back the Promise of Australia.

There must be action, but the old parties can’t do it.

We reject the Labor and Liberal parties. They have morphed into a single entity with two heads and which serves to deceive people that there is democracy. In truth, they serve only the vested interests and can offer nothing real to the true Australian; they are but a revolving-door-politics, where each governs in turn and is removed in turn, but the money system stands The long term goal of these parties is to have more of Australia divided amongst the foreign investors – which they falsely say gives the assurance of a road to prosperity for all. 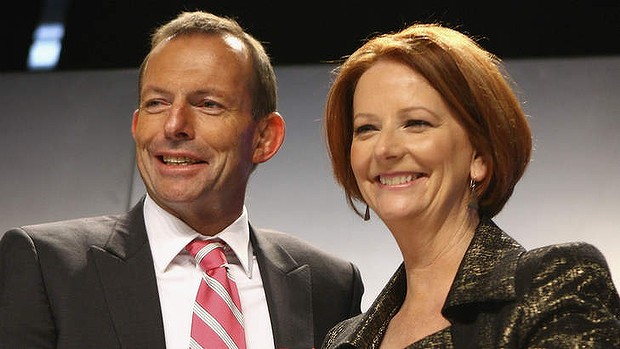 LibLab Abbott and Gillard are all about their own self interest
Their smiling record of dishonesty can’t be trusted.

In our place, we affirm the working class who has generally voted Labor; and, we affirm the tradies, the professional and the small business people who have usually voted Liberal. We pledge to represent all who in the past guaranteed the prosperity of Newcastle and the Hunter region.

Because we are environmentalists, we are obliged also to reject the Greens as any political alternative. We stand for the protection of our environment and we do so because we have an awareness of heritage and identity, of the Australian traditional family and lifestyle – and the needs of a sustainable economy which is run for Australians alone and not the global market.

The defence of the Hunter biosphere cannot be waged by Green-humanists driven as they are by peculiar social agendas, particularly those things which support the refugee invasion and a sexualized politics. Because the Greens stand for open borders, they cannot stand up for the Australian people and the Australian bioshere and it is this absolute contradiction that should lead many Green voters to Australia First. We must have the unashamed defence of our biosphere minus the globalizing falsehoods of the Green machine.

Consequently, we must affirm the family and the Australian who has pride in himself as the very guts of Newcastle and its prosperity.

In this election, we expect to be sniped at by the far-left, the underworld mob called out to enforce ‘official Newcastle’ over people’s Newcastle. As advocates of ‘open borders’ and the policy of high immigration and refugee intakes, they ignore the Australian people and their needs and denounce any defence of the Australian identity or a policy of industry serving our national needs as ‘racism’ or ‘protectionism’. In standing up for Australianism in all things, we expect their criticism and dismiss it. We affirm Aussie youth, straight and motivated.

In the current election campaign we urge action from every Novoastrian to reclaim our city as part of retaking our country. We present both short-term and longer term policy initiatives that are essential to our future. 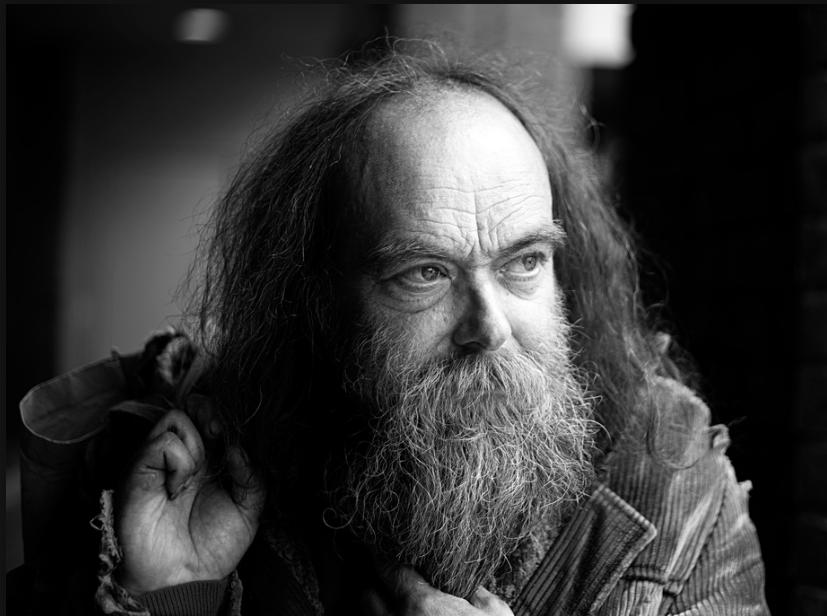 The true face of Newcastle’s homeless

Programme for action in Newcastle and the Hunter Valley

Consequently the housing developments targeting foreigners for profit, the policies of Newcastle City Council to downgrade our city to a service-economy and the unstainable population growth based upon immigration – are repudiated.

1. We demand that more Public Housing be provided. All refugee privilege be terminated in Newcastle. Charity begins at home.

2. We demand an end to the environmental dangers of coal-seam gas mining and other exploitive mining. The air pollution from mining, coal trains, and power stations arising from the weak enforcement of EPA limits cannot be second place to small scale employment. If any industry must be shut down or limited, the employees should be sustained on full pay until redeployed.

3.  We demand the nationalization of crucial sectors of the economy privatized by successive governments or which must urgently be transferred to public ownership: In the Hunter, food security will be an issue when land is claimed for mining and other development; putting us at risk of higher prices. Food security can only be guaranteed by the state.

a)  The nationalization of electricity to lower prices and to guarantee jobs throughout the main producing sectors of the economy.

(b)  The nationalization of the coal industry to regulate production, safeguard jobs, and ensure that a fair price is obtained for our exports. Not nearly enough mining wealth “trickles down” to benefit the region. Apply Incentives to build innovative local business serviced with good transport links.

c)   The nationalization of water such that corporations do not control the means of life and that prices for water services are fair.

4.  We demand that the casualization of labour and contract labour be curtailed severely, so all who seek permanent work not be competed against. We must train Australian apprentices into real jobs. Rising living costs squeezing lower incomes can only result in greater inequality in this country. With the increasing cost of living and increasing casualization, we demand the stability of employment. 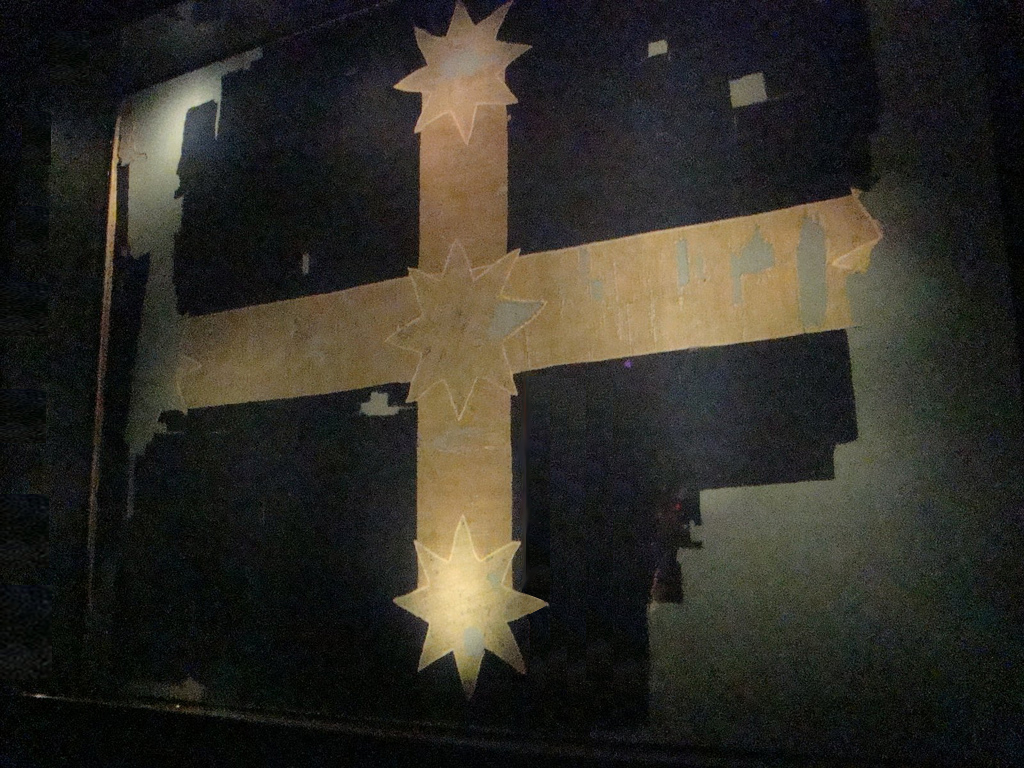