A special Sydney forum on the Syrian War, terrorism and the Syrian refugee crisis has been convened.

Venue: provided when you book.

Video from the live stream of Saturday’s successful Special Sydney Forum will be uploaded on this page imminently.

After initial confusion over the missing live stream feeds, it turns out there was an innocent explanation. It has now been sorted and the video will again be available of all six speakers.

The truth about the Syrian war was let out during the American presidential campaign when Donald Trump said that “Hillary Clinton created ISIS”.

While our politicians are crying about the “dictator” President Assad in Syria killing “his own people”, about the “humanitarian disaster” and the “need for Australia to take its share of refugees”, more and more Aussies are awakening to the truth. It is our ‘Western allies’ who have sponsored terrorism to bring down Assad in order to support Israel and serve other regional allies in the lead up to a confrontation with Iran. Our allies have supported ISIS and al-Qaeda when it suited them. And as for the refugees: they may return home, says Assad, when the war ends, to rebuild their broken country. President Putin of Russia has stood on the right side of history.

President Trump has now effectively agreed to allow Russia and the Syrian government to fight to end this war.

The New World Order is bleeding on Syria’s battlefields.

Our politicians are simply lying about what this war is about and where it all leads. Our speakers will explain these things with hard facts told with energy and astuteness.

As Australia First Party has said about the Syrian war, our government has been complicit in supporting terrorists against the government of President Assad.  As it becomes clearer by the day, the rebuilding of Syria will demand its people – those genuinely displaced by fighting – return to their homes.

Bringing people to Australia on the con that they are in danger from President Assad’s supporters is a double lie. They are in no danger there as the government asserts control against the terrorists and Australia’s responsibility for causing the war says they serve no purpose here.

The link also refers to ‘refugees’ from Iraq, another criminal enterprise of invasion and destabilisation in which Australia’s governments were involved.

About 3,500 Syrian and Iraqi refugees bound for Queensland are to be settled in four cities in the state’s south-east, the Federal Government confirms.

You can’t miss it!

From the live stream of the Special Sydney Forum on Syria, Terrorism, and Syrian Refugees
Held at Seven Hills Community Centre December 17 2016

We apologise for the poor audio with Nick Griffin. There were technical difficulties on the day. 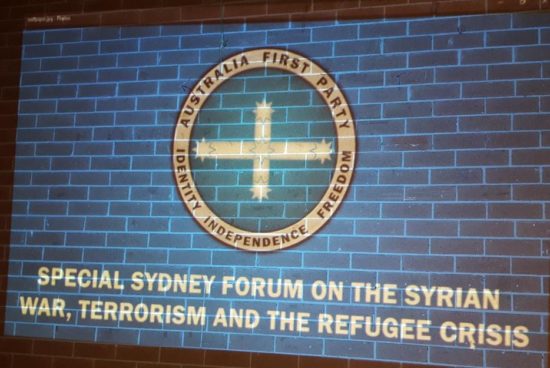 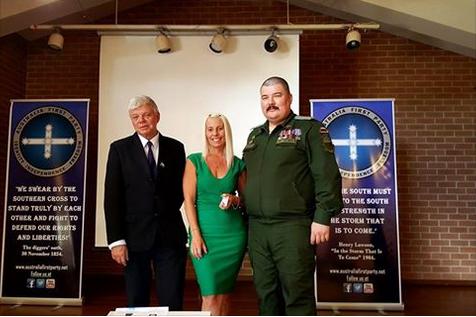 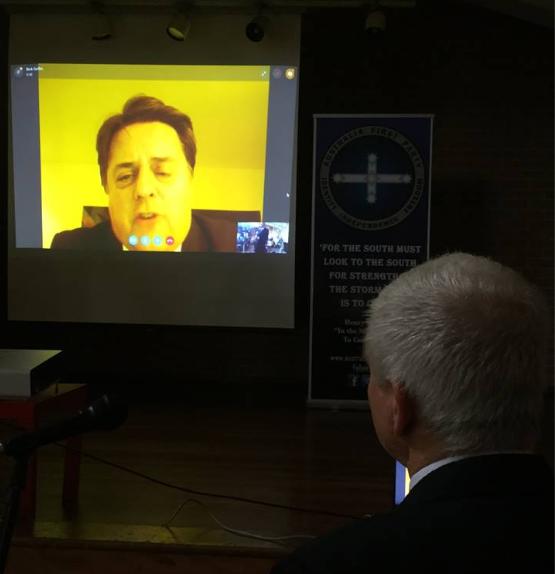