WHO:       Hosted by the True Blue Crew (TBC 110%) with many supporting Aussie nationalists and patriots

GRAPEVINE:  We have learned that the proud Italian/Australian Community are having a food and wine festival at the Exhibition Building same time as rally, so important our rally is respectful and doesn’t disrupt patrons. Let blow-in feral filth do that.

CARF ferals intend to start their hateful chanting from 10:30am corner Gertrude and Nicholson (see map below).  Quoting their FB:  “Tomorrow at 10:30am! Neo-Nazis are planning an “Aussie Pride” hate march through Melbourne’s streets. Their focus is on attacking refugees, Muslims, the African community, trans people and the left. We can’t let them recruit and grow. Join us in stopping them. to as they claim: “No pride in hate!” “Counter Protest the far right”, “take a stand against the racists and fascists” with ‘marshaling teams’ to direct their rabble.  670 people interested.”

Police have designated a large area around the planned rally, including the whole of the city centre, under the ‘Control of Weapons Act 1990’ – this means that they will have the powers to stop you in a public place, search for weapons, and ask the identity of the person being searched. 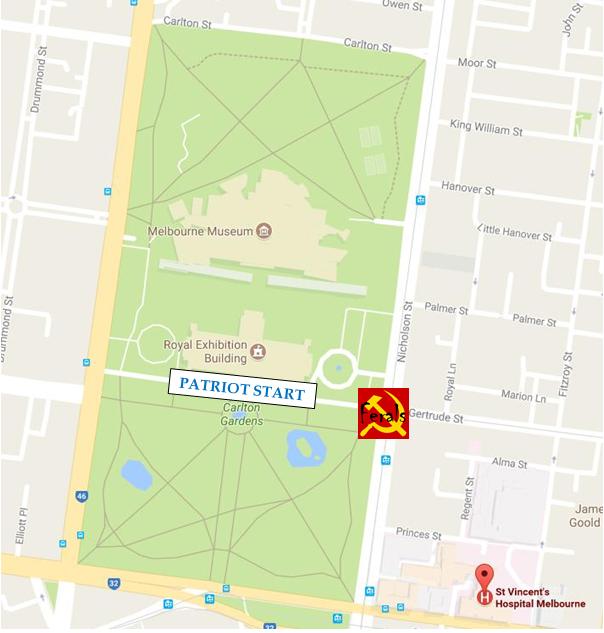 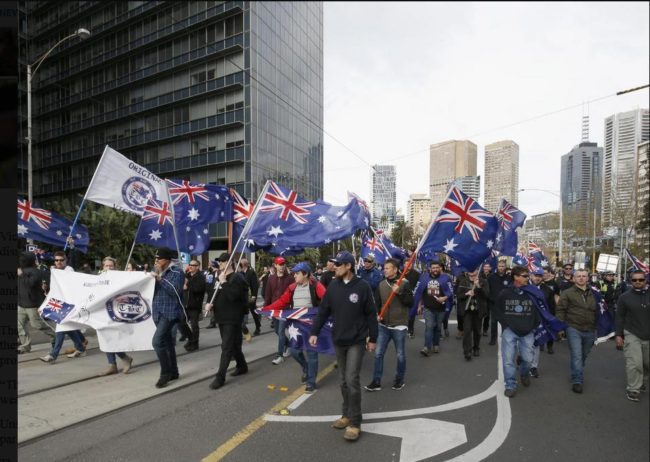 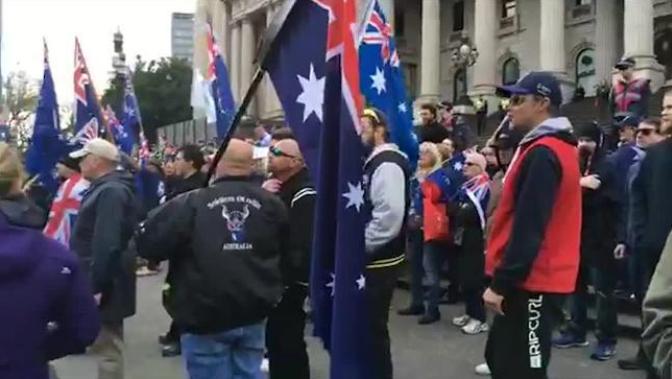 Aussie patriots all orderly and united

Victoria Police managed to fend off the pesky unwashed feral rabble of Anti-Australia racists, deviants and rapefugee huggers.  The anaemic lefties rocked up with the hateful placards quickly hobbled together in bad illegible handwriting on the back of dumpster cardboard.  It was laughable.

And yes they brought along their criminal element in black smelly tracky dacks and masks to test and invite Victoria’s new mask ban carrying 15 years in Barwon Prison.  Police horses kept the ferals way back outside the Imperial Hotel in Bourke Street well out of horse-poo chucking range. 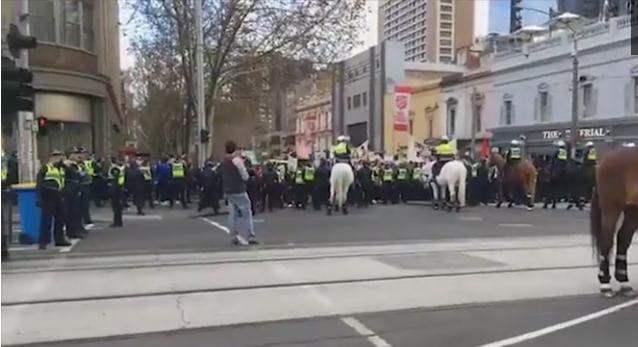 A full contingent of riot police, the Public Order Response Team (dubbed ‘da antifa thumpers‘) were at the ready for masked black bloc terrorists in case they resorted to violence – we trust all deservedly paid Sunday penalty rates.

Of course the leftist media were there (ABC, The (Fairfax) Age, Huffington Post, Green-Left Weekly) all taking selective photos and videos.

A minor skirmish instigated by ICE-d up antifa doing affray, violent disorder near the Royal Exhibition Building early on and then afterwards way off in Russell St, but they were promptly subdued by police orange pepper spray that sent the stick insects scurrying and crying, pleading for water for their eyes.

Is there anything more entertaining than observing police full-on douse a feral in orange pepper spray? 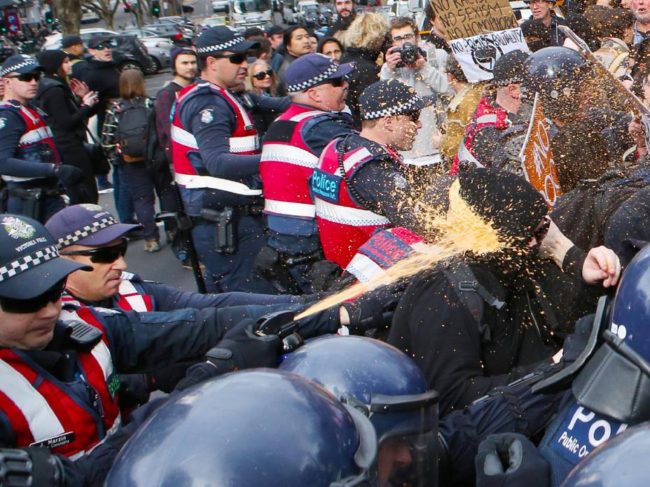 Our Heritage here is culturally superior.. 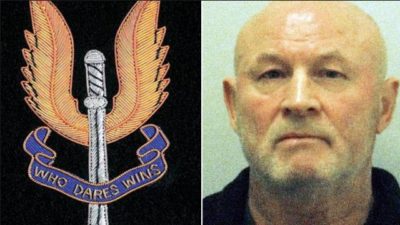