The Australia First Party National Conference of November 30 – December 1, 2013 adopted the following resolution. It is now given by the National Council as a key position statement of the Party. 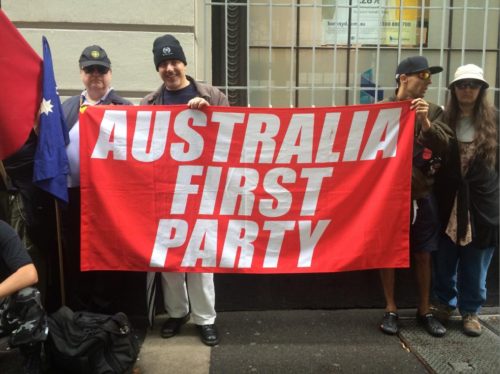 Our Three Tiers for Civil Dissent

The experience of the Party shows that it continues to have difficulties with persons who may affiliate to it from time to time, but who wrongly conceive of it as yet another party built to contest elections and who reason that the current political system can be changed through elections and only through elections.

Such persons have been known to enter into internal dispute with the party leadership and other members with the inevitable wastage of time and resources. It is usually the case that such persons have little awareness of the nature of the Australian political system and they seek to impose their limited views or prejudices upon the majority.

The political system in Australia is neither open for participation, nor pluralist, nor open to change by a vote that produces some sort of ‘parliamentary majority’ to permit a ‘government’ to legislate Australia out from its current status within the New World Order. It is a closed system where participation at its higher levels is only allowed upon agreement with its globalist and liberal ideology.

The present system is a dictatorship of money exercised under the slogans of democracy and freedom. It is the property of a traitor class of power and wealth and is sustained by psychological manipulation via various forms of propaganda and through the liberal ideological hegemony exercised in all things in the daily lives of our people (in education, workplace and social rules, in law and so on) and ultimately by internal management of opposition, with the final sanction – violence. This group holds power and exercises it on its behalf and for the New World Order system from the outside and to which it is loyal.

Power does not lie in the parliament. Parliament is both a formal tool for the enactment of laws whose content is decided elsewhere and a deception of the people. It is held by the system that it is the place to come and to change things freely. It is in one sense a lure to defuse popular challenge.

The parliament is but one institution of the state that is in possession of the traitor class. Courts, gaols, intelligence groups, the military, media, the education system and the civil service and so forth are equally entities of the state.

At this point, the party rejects the notion that a challenge to the system can be mounted only through electioneering and through the (hopeful) election of representatives into the parliaments. In particular, the capture the national parliament either by a party that accepted its asserted-rationale as the ‘supreme’ body of the nation, or even by a party that rejected this notion and which had applied the alternate methods advanced below, would not possess that party of actual power. Controlling one institution of the state does not confer power. To concentrate the resources of the party in acquiring control of one institution of the state would be consequently – a misapplication of limited means.

To remove what should be understood as a dictatorship, once voting is discounted, there remain two methods – violence or civil dissent.

Civil Dissent must be Mobilized

The political method of the Party is the Three Tier Method.  This means the Party performs three operations simultaneously, each integrated into the other and inseparable. When summed together, they amount to Civil Dissent.

A.   The Party Contests Elections 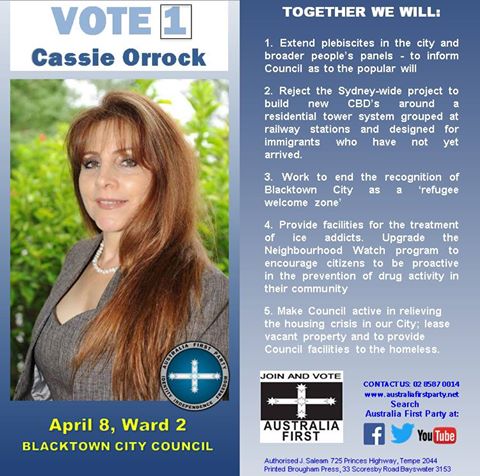 The Party contests elections to assess the level of its support, to engage with people around local issues they understand but which serve to inculcate nationalist ideology and politics into their understanding, to develop its profile and its structure and it seeks to elect members to public office in order to utilise the benefits of office to further develop profile and structure and discredit the politics of the state.

B.   The Party Undertakes Community Action 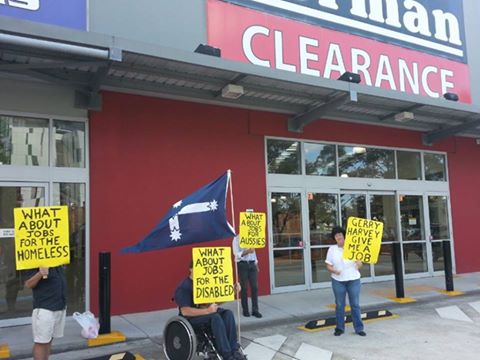 Community action is the most fertile and the widest area of party activism. Community action may involve a local issue, the activities of a historical association, or a union, or a club, or corrupt politicians, contention that allows the Party to intervene – to mobilize resistance, or win a victory, or to promote its profile. The Party relies upon its local knowledge and local contacts. It extends its influence into the community. It may use that influence to support the most fertile form of electoral action, Council campaigning.

Community action may also involve working as a social action group with disadvantaged people – homeless, pensioners, youth, unemployed – to serve the Australian people and to develop its roots amongst the people. 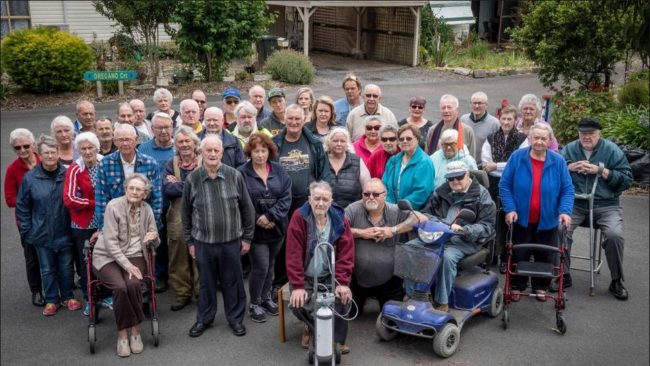 The Party may work as a lobby group or activist structure with farmers groups, or truckies, or labourers, all social strata challenged by the globalising system. It is in community struggle that the Party proves to its members and followers that it can win and it establishes the resources to mount challenges to the state power. 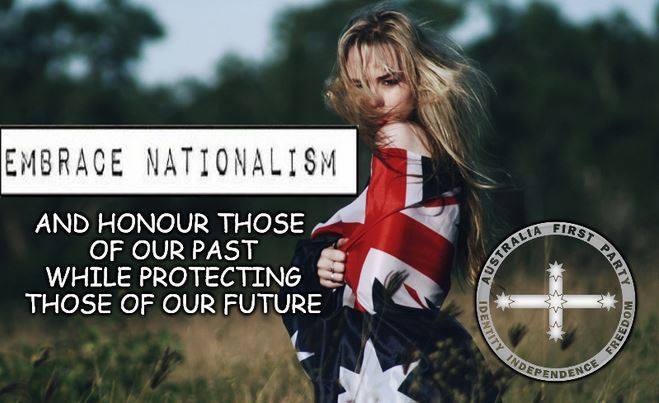 It clarifies its criticism of the system to provide the dissenting Australian with clarity of position and faith that a change can be made and a superior system take the place of anti-national liberal globalism. The ideology defines Australia’s past and present and charts the path to an Australian Future of Identity, Independence and Freedom.

Connected to the development of an Australianist ideology, is the necessary defence of Australian heritage and identity and essential lifestyle at every point. The Party must be viewed in public as their best defence mechanism for heritage and identity and that the ideology arises from this need. Party campaigns and structures must be built to sustain its third tier of struggle.

The Party says that the correct application of the Three Tier Method would ultimately produce, struggle upon struggle in deepening impact, a situation of mass civil dissent.

Dissent may be extended in stages to civil uprising, the essentially legal if socially messy and chaotic form, of political change.

By challenging every aspect of the system’s politics, at each point where the state exercises power, to weaken it, to disrupt it, to create a counter politics and in the final stages, a counter authority, must be our method. It is the hard road but the only road that builds the Party.

The Party is unique in Australia’s political history. Because the Party says that civil dissent is its model it is outside of the normal discourse and it recognizes that its enemies will resist it with greater energy. There is no other option.

The Party is not an electoral machine but strives to be a machine for change, an organized force waging a struggle not against supposedly rival parties but against a state machine and its agents.

The Party pledges to surmount all obstacles to win victory.