The Liberal Party has a problem in North Western Sydney.

Whilst all wings of the Liberal Party are united against the working Australian and stand for a scheme of hyper development which will wreck up the cultural identity and lifestyle of the people of Western and North Western Sydney, the party itself retains (like Labor) a system of factions.

Inside these factions, Liberals bitch slap each other and crawl over the political-corpses of their friends in a survival-of-the-fittest battle to find the best (the worst) to ‘represent’ us.

The Hawkesbury area reflected that in full view, with the notorious branch stack of 2006, which saw the Liberal MP Steven Pringle disendorsed – and replaced by Ray Williams.

Ray Williams is linked to the Liberal ‘right wing faction’ which also recently secured the endorsement of Jacki Kelly in East Ward at Penrith. 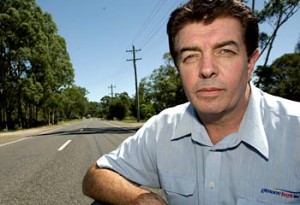 The Hawkesbury Liberals still suffer the legacy of that branch-stacksix years back. The so-called ‘right-wing faction’ is noted for its Middle Eastern connections; it was noted some 500 Lebanese and Assyrian migrants were signed up as “Liberals” to preselect Ray Williams as the Liberal candidate. As someone beholden to the Liberal hierarchy, he has never been an opponent of the pysical ‘development’ planned for the Hawkesbury.

With the O’Farrell plan to culture-bust the Hawkesbury, the mind turns over as to the impact certain voting blocs in North West Sydney might have upon Liberal politics.

Stories have circulated for a long time about monies paid to the Liberal party by certain groups.

Hints of developers from certain ethnic groups having donated to the Liberal Party in the past suggests bad news in the offing.

The only way to ensure that the Liberal Party can’t pull a fasty – is to vote for Australia First and Tony Pettitt.