Australia First Party has chosen John Carbonari as its candidate for the electorate of Deakin in outer eastern Melbourne in the poll of 7th September.

Mr Carbonari has been a small businessman, and is committed to the values of Australian Independence, Identity and Freedom, which underpin the standard of living and quality of life for our People. 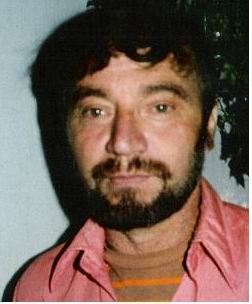 “In this campaign, our party places Australia and Australians first.

Australians are now experiencing the effects of the Globalisation Programme of Big Business, introduced over the last few decades by their servile Lab/Lib politicians.

This programme of free trade agreements; financial deregulation; UN agenda’s: along with plague level immigration, multicultist disorder, and environmental rip-offs, has reduced Australia’s economy to a “trinket” sale type focussed on the flogging off of resources and use as a living space for other peoples; and to our decline from “Lucky Country” status.

Free trade scuttling of our manufactures under an avalanche of cheap imports, has caused unemployment despair not seen in decades. Some 800,000 Aussies are now on new start benefits. 25% plus of our youth are under/unemployed. This is intolerable – what hope is there for a society that denies employment opportunity to any of its citizens? Australia First intends to utilise Aussie resourcefulness to eradicate this blight on our youth, and working people.

The brunt of the immigration disaster is now befalling Aussie families, and effecting our  quality of life. Clogged infrastructure – roads, hospitals, schools, etc; bleeding off of welfare from OUR needy; skyrocketing house prices forcing many out of contention, or into mortgage slavery, stress, and homelessness. Aussie families are further struggling to pay the sky rocketing bills of the now foreign owned utilities, sold off under the trade agreements opening all and every enterprise in Australia to multinational corporations.

The Lib/Lab parties are lying brazenly on the issues of refugees, and sustainable population. They play act a tough game that they are going to stop the fake refugee swarms, but it is all a con – their stopping of boats will be by flying such unwanted into Australia by planes, – for this supports the Lab/Lib 50 million population plans.

Australia First will withdraw our military from American foreign wars for forward deployment to protect Australian Sovereignty from this assault – no ifs or buts – Australia for Australians! Australia First concepts of Strategic National Self-sufficiency and Steady State economic objectives are at the core of our guarantee as a Nation, and for rebuilding a vibrant productive economic system for full employment of well skilled/trained Australians, earning their independence, dignity, and quality of life.

The politicians of Big Business who parrot for never ending exponential growth economics, are for a system that is now past its usefulness, in the interests of the money changing class only, and offers real Australians nothing but continuing decline to third world standards.

Against the political caste jargon for “The Asian Century”, Australia First unashamedly demands an Australian Century for our people – and return of the “Lucky Country”.

I stand to serve the constituents of Deakin, and for our Australian future.”

VOTING FOR OTHER THAN AUSTRALIA FIRST

IS JUST A WASTE OF TIME