The ascendancy of civic nationalist Donald Trump to the American national presidency on January 20 2017, exposed the bias and propaganda of concentrated globalist news media as disseminating ‘fake news‘ to sway public opinion for their own ends.

The globalist swamp media just wanted Hillary Clinton to win because she was their globalist for the White House.  But Americans most knew it and voted for Trump for American interests. 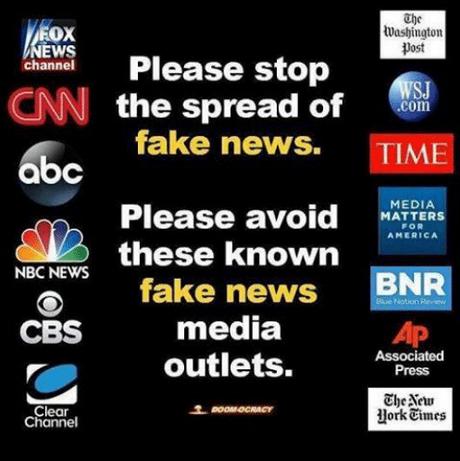 In Australia, comparable powerful globalist media particularly of the ideological Left, also show bias and propaganda and disseminate ‘fake news‘ to sway public opinion for their own ends.  But also there are the Right Wing Conservative media pushing the interest of neo-liberalism (free trade, mass immigration, multiculturalism, foreign ownership, offshoring, and the interests of big business and foreign interests over local small business and the ordinary native worker.

Both Left and Right are fundamentally ‘globalist’ in ideology – advocating international obligations and focus (economics, culture, rights, planning, wealth allocation, etc) as superior moral imperative over the national interest and the grassroots interest of the nation’s native-born people.

Media ownership in Australia is amongst the most concentrated of any country in the world, and the three dominant owners (ABC, NIne and News Corp Australia) are all globalist in ideology.  Accessing a fake news website is akin to visiting the website of a political party.