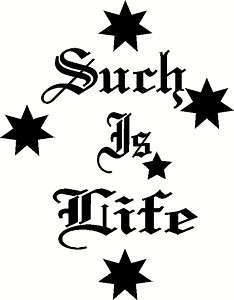 Colonial Australian nationalist Ned Kelly’s immortal quote at the gallows at 11am on the 11th of the 11th, 1880.

Ned was betrayed by a leftist school teacher in Glenrowan

So no, never yield. Take down ten first if they come to destroy your home and family.

Nationalist is NOT ‘RIGHT WING’ politics.

An Australian Nationalist is a principled Ordinary Australian and at heart a local. 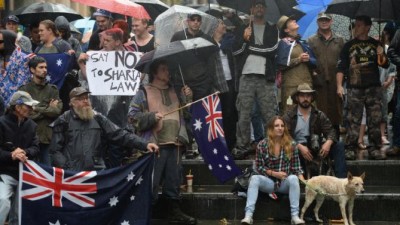 Politics is where government happens.  Many Australians have had a gutful of politics because parliamentary process has been abused and tarnished for so long.  But turning your back on politics will mean the continuation of the same ruination of our country by selfish vested interests, so someone needs to stand up for our nation and for our future as a distinct people with a proud heritage in the best country on the planet!

They call this ‘Conservatism‘ – it conserves the power political class and elite to rule over a nation’s people.

Both Labor and Liberal-National Coalition are Right Wing in their politics.

Right Wing politicians put the interests of the party political machine ahead of the democratic wishes of the people.  In Germany, Spain, Chile, and Malaysia this manifested into fascism.   We see this in New South Wales currently under Mike Baird.  We saw it recently in Queensland under Campbell Newman, in Canberra under Tony Abbott and John Howard.

Powerful elites and vested interests donate and bribe the two established parties, Liberal-Nationals and Labor, to secure the status quo.  The establishment power is entrenched and so why little changes, beside Liberal and Labor taking turns in government.  Liberal and Labor desire the preservation of the two-party system so long as they remain the two parties sharing power.

This is where Nationalist Politics is very different 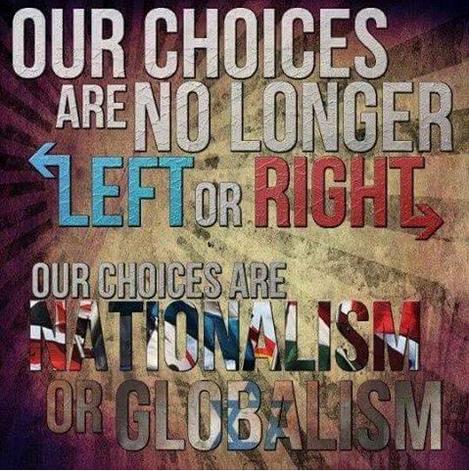 The Nationalist Ethic is all about the national interest, putting the nation and its people justly first in all political decision making – its sovereign independence, its wealth and fortune, the welfare of the nation’s people.

Nationalists are truly democratically respectful of the nation’s people.  The politics is clear, honest and noble.

Since Whitlam in 1972, Australia has been under assault from unarmed mass immigration, multiculturalism and other anti-Australian policies from both Labor and Liberal alternating governments.  Patriotic Australians need to recognise that we have a fight on our hands defending our Australian values and way of life.  As the foreign numbers soar we traditional ancestral Australians increasingly become the underdog in our own country.

Aussies in battle don’t give up even when the odds are against us. Remember Ballaarat, Gallipoli, Fromelles, The 4th Light Horse at Beersheba, at Tobruk, at Kakoda, Kapyong, Long Tan, many others. Our forebears sacrificed with honour to preserve the Australia they loved and their children.  They remain always our nationalist inspiration.

Don’t take Australia for granted.  Our country suffers under invasion, the dozer, deculturation, and from the steady sell-off of our wealth to foreign ownership.

Australia First Party will stop it all and reverse the damage.

Read More about ‘The Nationalist Ethic’ and associated topics:

“Never doubt that a small group of thoughtful, committed citizens can change the world; indeed, it’s the only thing that ever has.”