This is Part Three in an ongoing investigation and expose of the anarchist / Antifa movement and the strange concessions made to it by state and media forces. (NB. When discussing Fairfax, the author is referring to the coterie of propagandists at its core, not the subsequent owners of Fairfax, Nine Entertainment)...

A letter forwarded to a large number of anarchist activists and contacts has called for information about the ‘former’ secretary of the Melbourne anarchist movement – Luke McMahon.

The letter says at one point:

“It’s time for a frank discussion about the confrontational anarchism of the years since 2014. Was there a false agenda operated by shady individuals, one that may have driven the anarchist movement into an unproductive antifa phase?”

The letter says that anarchism seems to have been manipulated in some manner and questions who the anarchists suspect of performing that deed?

It would appear that some anarchists have had that very suspicion in the past.

The letter asks whether Luke McMahon is considered by activists as one of those who steered the anarchist movement onto a path they might not have wanted to go down.

Will the anarchists officially reply to any of this? On the one hand, that is doubtful. On the other hand, the anarchist movement is starting to leak various information.

The matter of Mr. McMahon’s role within the anarchist movement is an element in a court matter unfolding in New South Wales. Why should New South Wales Police seek to conceal his role, just as Victoria Police have done on another occasion earlier this year?

When police conceal information from a criminal process, there are always ‘reasons’ (sic). As the present Royal Commission in Victoria shows, these ‘reasons’ can be improper and criminal.  We cannot yet say why police in two States have behaved this way in relation to Mr. McMahon, but the truth will out. 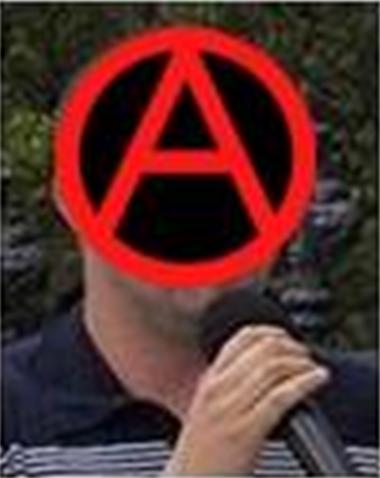