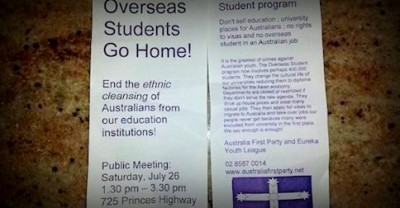 The extreme-left in Australia are a pretty sad bunch.   As Australia First Party prepares to hold a meeting tomorrow at its Sydney offices at 725 Princes Highway Tempe – topic:  ‘End The Overseas Student Program‘ – the extreme-left sends out mixed messages.

A few days ago, a fast-moving couple of anarchists placed some posters on the Australia First offices, one of which threatened murder. The same ‘Antifa’ people on a Facebook page (Australians Say No To Golden Dawn) want to “bash the fash” tomorrow at Tempe.  It’s usual ‘moran’ hysteria after snorting Ritalin at the Red Rattler.

They were backed up by the five members of Trotskyist Platform who want to emulate the “May 2’ violence in Brisbane when a group of criminals hiding inside the CFMEU attacked members of Australia First and managed to cause some injuries. The gang, led by Joe Myles a so-called union official, stalked a few members to a hotel in Woolloongabba, to carry out another attack.

Meantime, the Socialist Alliance complains that Australia First members may have put posters on their offices in Broadway. Hypocrisy? Or the part of the confused way in which these forces are responding to Australia First?

The Party’s campaign against the operation of the Overseas Student Program has drawn commentary. Meld magazine, an overseas student publication based in Melbourne, reported the campaign, the consternation it has caused and our commentary.

And for a finale, the lawyers acting for anarchist leader James Hutchings, have written again to our party president Jim Saleam further to their claim that he committed a defamation against their client.

Dr. Saleam commented on this ‘offence’:

“From the moment Mr Hutchings wrote an email to me saying that I should be wary, that some ‘racist’ yank being sued and put out of business, that I should give him all sorts of apologies and guarantees or else, it was clear that this threat of a law suit was a ‘game’. I think it is run by the players who hide behind him and the anarchist ‘Slackbastard’ website and Facebook page.

Dragging out who really runs Antifa might be the legacy of this so-called legal action’.

The extreme-left stands unreservedly with the overseas students. Of course, they do. But where is their critique of the capitalist nature, the globalist nature of the Overseas Student Program?

Dr. Saleam concluded to us:

“I think that the Antifa is the deep bowel thrombosis of the para-state. What does that mean? Simply that despite all the anti capitalist rhetoric from Antifa and other extreme-leftists, there is their ideological unity with globalist capitalism on anti racism (sic) anti nationalism (sic), refugee admissions, immigration and resistance to Australian patriotism. Somewhere, deep under cover in the very bowel of globalism, the interests of the extreme-left and the political police and agents of the globalist system – meet.  Where and when they do, the extreme-left generally will find tolerance and assistance for its campaign against us.”

By standing up tomorrow, Australia First Party and other patriots show that they refuse to be intimidated by the globalist extreme-left would-be bully-boys of globalist capitalism, in whatever guise they appear.

End the ethnic cleansing of Australians from our education institutions!

It is wrong. It is dangerous and decidedly unAustralian. However it is but one symptom of the crisis of our tertiary education system.

The most visible sign of the attack upon Australian youth to realize their future is the Overseas Student Program. 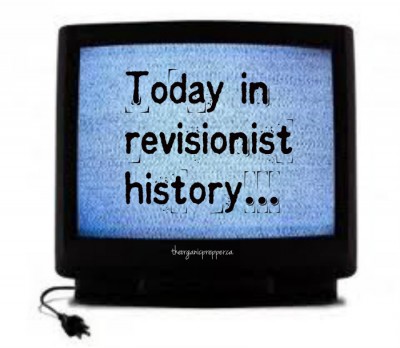 It is the greatest of crimes against Australian youth.  The Overseas Student Program now involves perhaps 400,000 students.  Foreign students change the cultural life of our universities reducing them to diploma factories for the Asian economy. 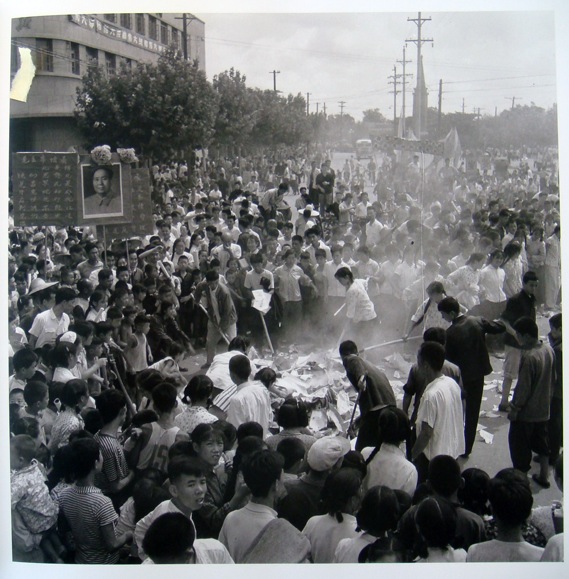 The sale of education overseas represents the corporatisation of the Australian university.
In the contemporary Australian university, Australian history, geography literature and related courses are downplayed as irrelevant to the foreign student and to those Australians who are needed as cogs in the economic system. This is an attack upon our identity. Now the Liberals under Abbott want to privatise, corporatise our education, or else relegate it to online only status.  Education will either be priced out of reach of ordinary Australians ‘from kindy to uni‘, or just so online as to be useless.

Foreign students drive up house prices and steal many casual jobs. They then apply for visas to migrate to Australia and take over jobs our people never get because many were excluded from university in the first place.

We say enough is enough!   Defend the right of our brothers and sisters, children and grandchildren to an Australian education!

Making education expensive and out of reach of ordinary Australians is ostracism on a national scale.  It is ethnic cleansing of Australians from our education institutions!