The Eight Core Policies of Australia First are the basis of association for the party.  They are (with explanation and the implied ninth point) as follows:

Protect our sovereignty (national, constitutional, and personal) and maintain an adequate defence whilst being compassionate and fair in our Nations international dealings.

This is the only way we can be self sufficient. It will provide jobs for our children, and help buy back the farm and allow Australia to be free of foreign debts. Our infrastructure has been run down over many years – it must be rebuilt. We must improve the practicality and relevance of our educational systems, and target government support for industry to diversify, innovate, perform, and expand. We recognise that small business is fundamental to this policy. A satisfactory financial environment is also essential.

Bring foreign ownership and investment back under control.

End the divisive, government funded and institutionalised policy of multiculturalism.

Promote policies that strengthen and protect the traditional family.

8.  Strive To Rebuild A United Australia

Promote policies that recognise the interdependence of city and country.

The 8 Core Policies are mentioned in the Constitution of the Party and are its political articles of association.

Issues of public interest on which Australia First needs to formulate policy will be canvassed with the party membership and plebiscites conducted where deemed appropriate by the party’s National Council.  The party also permits branches to formulate specific electoral policies or community policies not inconsistent with the Eight Core Policies.

The organisational purpose for this statement of policy and system for policy creation is simple:  Australia First does not require weighty tomes, which change from month to month, as do the programmes of the Establishment parties and those who ape them.  It requires a focus for action and for unity within the party.

Australia First is to build a new national movement.  Practicality is method. 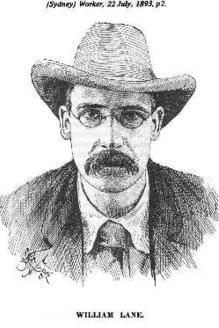