These proposals are for discussion.

Best thing that could happen to Australia… 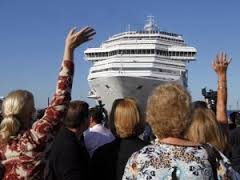