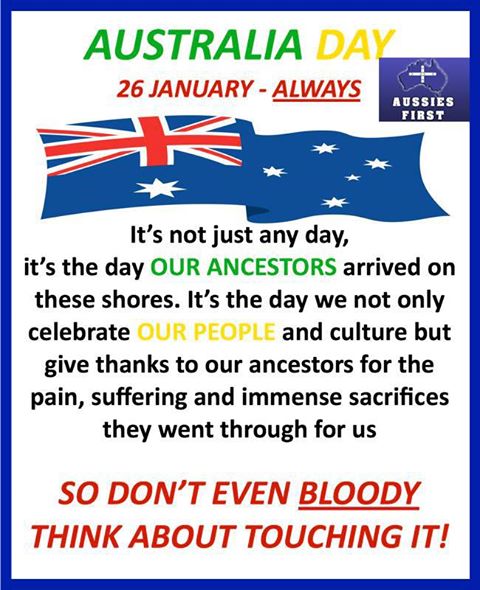 Australia First Party rejects the Greens, anarchist and Trotskyite propaganda aimed at Australia Day, their plans to burn the National Flag and otherwise to disrespect the history of the Nation. Such antics serve Chinese imperialism and intrusive self-interested ‘migrant’ groups. 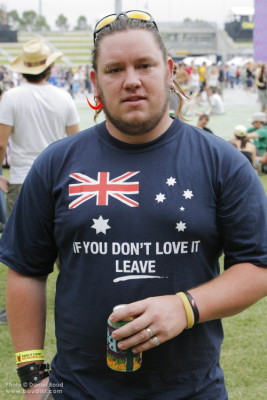 All nationalists and other interested patriotic people are welcome to attend. 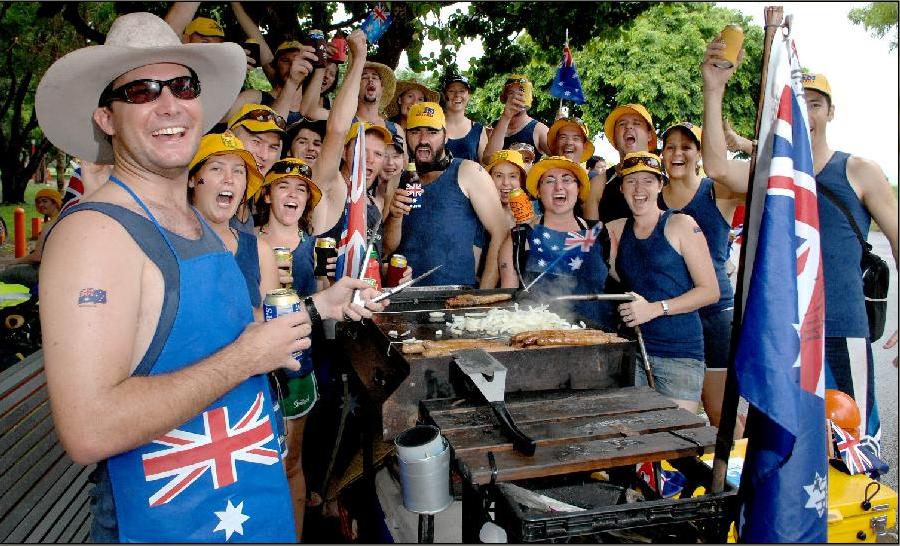 While various species of ‘Green’, Trotskyite communist, anarchist and anti racist (sic) will parade about today desecrating Australian icons and burning the National Flag, proclaiming there is no Nation and never was and that the borders should be opened and the land ‘stolen’ (their term) from the ancient Aboriginal race be given away to everyone else, it should be known that the most powerful and wealthy in our country have basically the same view – but they do not parade about and have learned personal hygiene.

The Australian Nation stands on the verge of going the way of the dinosaur and the Continent is now open to re-colonisation. The presence of foreign Leftism is the sad reality of Australia Day 2017.

Nonetheless, today, many ordinary Australians will celebrate their history and remember their forefathers. They will be part of a elemental folk festival of Australianity.

For those of us who have taken the oath to rescue the Nation in what may be its final century, Australia Day is a call to struggle. We are reminded of a few lines from the work of Henry Lawson, our national poet, writing of the noble Eureka Stockade and the fight for freedom:

“T’was of such stuff the men were made who saw our nation born,
And such as Lalor were the men who led their foot-steps on;
And of such men there’ll many be, and of such leaders some,
In the roll-up of Australians on some dark day yet to come.”

From: ‘Eureka’ (A Fragment)