as his Economic Master

We Say:   NO Chinese Trade Centre for our Riverina!

A Chinese scheme to build its $400 million ‘trade centre‘ in Wagga Wagga represents an attack upon all Riverina people and their livelihoods, their culture and their identity.

This ‘trade centre‘ by Chinese State-owned ‘Wuai Group‘ is necessarily to attract some 4000 Chinese nationals and their extended families, all imported directly from Motherland China to see the project through.  They will come either as economic migrants or as visa workers, then stay and be in fact – a ‘Chinese Wauigga’.

The Chinese artist spin impression of his Wuai Group’s ‘trade centre’
The central flags are a nice touch, but the ‘Wagga‘ masthead will surely instead read ‘Wuai‘
Why otherwise would a Chinese State Corporation spend $400 million on a paddock outside regional Wagga?

Instead, try ‘migrant compound‘, as with such Chinese retail developments, the reality is a pivotal Chinese immigration beachhead – Chinese market traders, mass accommodation, migration agents, a small Shanghai for Chinese nationals only.  Riverina Tradies no way unless you speak Mandarin.

As the Riverina suffers under the water-buy-back plan which will see Australian agriculture undermined, many farmers are wondering whether the water restrictions were not part of some foreign agenda.  Is Wagga Council attempting to socially-engineer the Riverina?

Not coincidentally, many are saying that mining companies plan to coal-seam-gas-mine and otherwise exploit Riverina mineral wealth as their farms are destroyed.  Over 70% of the Riverina is under mining claim, many foreign corporation owned. O’Farrell Libs have turned a blind eye outside urban Sydney.

And now we witness the intrusion of Chinese Imperialism with a scheme to develop a supposed trade centre and  to settle its nationals amongst us. Are all these things inter-connected?

As ever, the Chinese intrusion is being proposed by local business and the City Council in the name of progress, which means in the name of the dollars, for the profit of the few.

No end of traitors can be found to endorse it all. Wagga Wagga City Council is the
first local government organisation to have their economic profile available online in Chinese.

“China is forecast by the Organisation of Economic Cooperation and Development to
surpass the USA’s GDP in 2017 to become the world’s largest economy,” Councillor Rod Kendall, Mayor of the City of Wagga Wagga said of late.

Mayor Kendall epitomises the mindset of the collaborator, of the traitor. Seeing past the money is impossible for him and he is prepared to say anything and do anything to get the
project going on the ground. 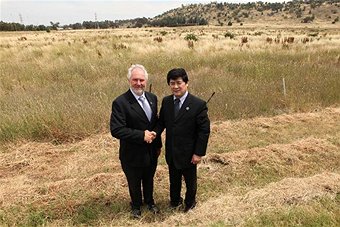 A Racist Attack against Australians

One of the more evil stratagems employed by traitor Kendall, this running dog of Chinese
Imperialism, is to delegitimize the Australian identity as a prelude to the arrival of a mass of Chinese. This is the standard ‘model’ of imperialism. The invaders have the rights
and the locals are somehow not in proper possession of their own country.

Forgetting Eureka, the ANZAC heritage, the Kokoda experience and ignoring our great
achievements in cultural life and our previous proud assertion of Nationhood, traitor Kendall pronounces that “we are all migrants”. There are no more ‘Australians’ and hence the Chinese colonisers are just another group of economic agents trying to make dollars.

“Mayor Rod Kendall has formed a taskforce to get insight into how we should deal with China.  And as you can imagine the cultural differences are part of the challenge here.”   (“Chinese funded trade centre closer to reality”, Chris Coleman,  ABC Riverina, Jan 4, 2013)

Amazingly, traitor Mayor Kendal proclaimed the Wiradjuri Aborigines as the only real
Australians and says the rest of us are migrants “hung over” from the white Australia policy days.

We wonder if Kendal has even asked the Wiradjuri their thoughts?

Or will he provide “incentives” for the odd Aboriginal person to approve the scheme?

Sadly, we know that many Chinese regard Aborigines as talking animals or as monkeys.

It is not likely that any Aborigine would (or could) benefit to a single dollar from the intrusion of the celestial invaders from the distant Motherland. Perhaps as a result of our public criticism, a few bribes might be offered, but Aborigines aren’t that foolish as to not see it as it is.

The hatred of the Traditional Australian identity amongst the traitors is an absolute given.  Indeed, it is the very psychological basis for the money-making schemes. Abolish traditional Australians and a new wave of migrants can arrive to the benefit of the insider group.

Traitor Kendall will go down in history damned as a living embodiment of treason.

The Daily Advertiser offered these (public) details about the development centre operated by Wuai Group, a Chinese-State owned company. All patriotic people in the Riverina should read up on this and learn more about what is looming in their neighbourhood.

What is behind Kendall’ s Commercial-in-Confidence Deal with China?

Of course, there is far more that is not being said and which must be kept in the dark.  A Chinese state company will be replete with the mechanisms of control over the imported Chinese labour. 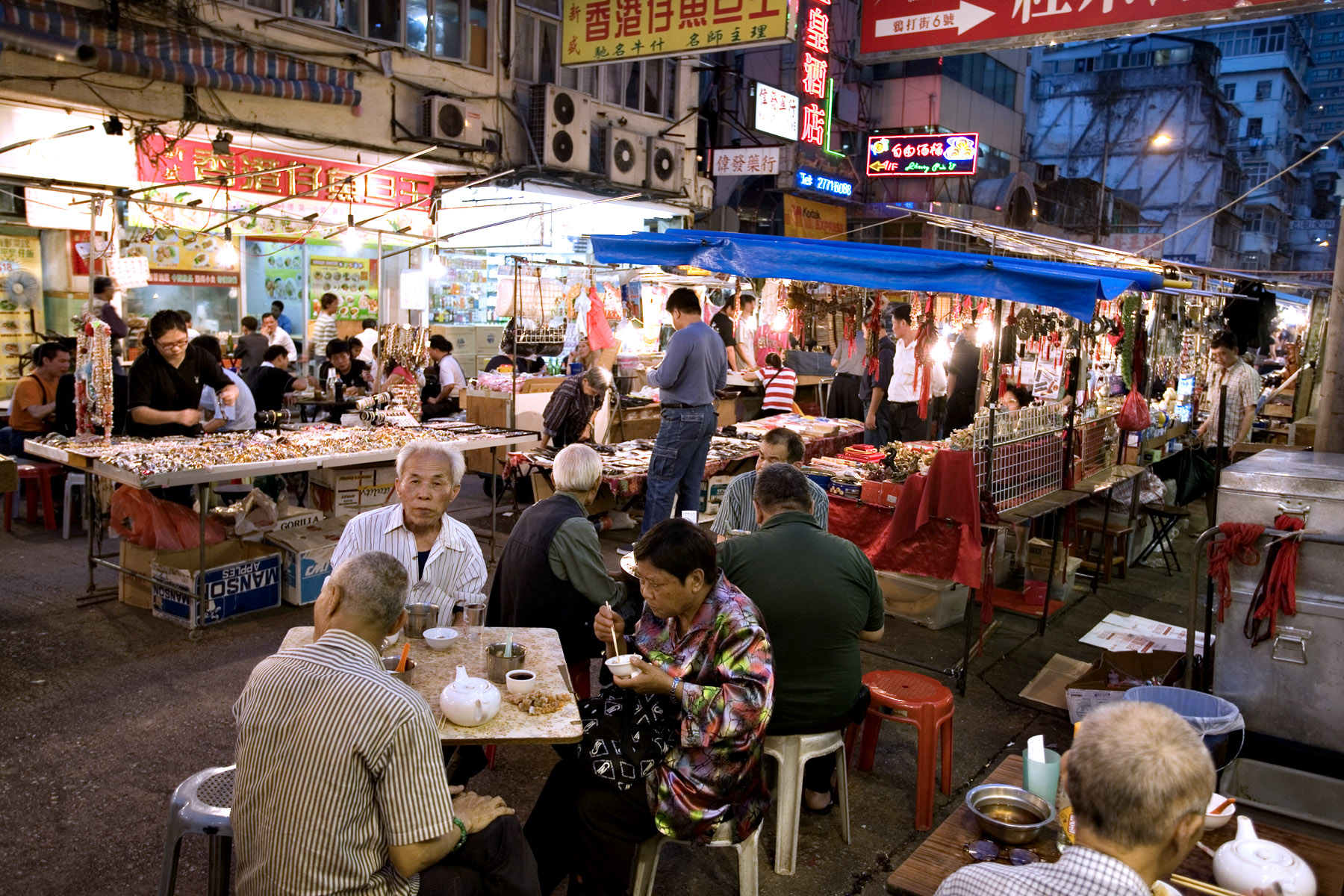 The reality of the Wuai Group’s trade centre for Wagga
Chinese store owners catering for Chinese immigrants
No speak Mandarin, sorry no job.

Chinese espionage agents will operate both inside that imported community and against the wider community.  How do we know?  Look at how the Chinese agents controlled all work on the construction of the new Chinese Embassy in Canberra.

This Chinese Wuai group will constitute a type of ‘extra-territoriality’ on Australian soil and that means be effectively subject – in fact if not in public theory – to Chinese law and state discipline.  ‘Unarmed Invasion‘ is another term.

The ‘centre’ will undoubtedly cast about the Riverina for other cheap property to buy andthe pattern of economic control should become through purchase –  more total. This is imperialism pure and simple and no volume of sweetener from a traitor Mayor and a traitor class – will change the reality of things.

How the Chinese operate in Africa: 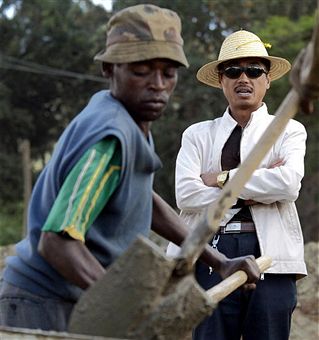 That should provide the basic idea for what we can expect.  The enterprise is designed to expand the Chinese imperial reach and the locals are second place to the new order. 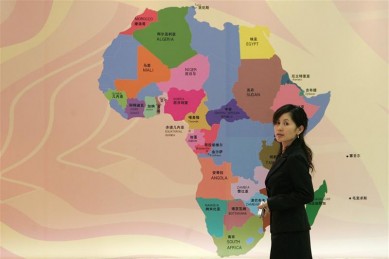 Mayor Kendall’s propaganda trumpeting the Wuai Scheme is pumping in Wagga.  Little traitors are having their say and seemingly getting their way.

A certain Laura Barnes wrote on the Daily Advertiser website:

“I think everyone should be looking at the bigger picture here. Yes, there will be an influx in population for the town. It will bring with it more money for the town as a whole. It will open windows for Wagga to receive more services and become more attractive for investors. As a home owner your property will increase in value.

If they target employment if locals and are looking for highly skilled candidates it will open other employment opportunities as those that are hired resign from their current employment. The more money the extra people spend the more need business will have to expand their workforce.

The negative side of this will be adjusting the town’s culture and dealing with the change in general.  There will be negative aspects as well as the positives however I believe this will open more windows for the town that people are not seeing the larger picture.”

What was it that the Bible had stated? …”what if a man gained the whole world but lost his soul?”

The logic of the little traitors is just drum – beating for the big boys (who are they?) who are set to scoop the millions and retire on the spoils of a sold out Wagga.

Such little traitors are (in ordinary warfare) those who should be dealt with first.

All patriotic Australians should shun such persons completely, refuse to trade with them, communicate with them or even – acknowledge them, in the street, at schools and elsewhere. The little-traitors are the necessary prop for the money men. Against the traitor class, we have our numbers. But can we find the resolve?

Total Resistance against the evil empire and its running dogs

The Wagga Council and their Chinese business partners are planning a community
information session regarding this “development”. What rubbish! There is NO real consultation.

As noted from the traitor Mayor’s criticism of objectors as ‘racists’, real consultation is
precluded   The decision has been made. A referendum is in order, but one will never be called. What will be seen will be the inevitable gaggle of money-men screeching about profit, a type of Stalinist show trial where ‘progress’ is held up as the goal and ordinary Australians denounced for their backwardness in embracing ‘change’..

We will see the Multicultural Centre send a rep to tell us that we can live in the
Disney world of ‘multiculti’. Indeed, they have already come out in favour of Chinese Imperialism.

Australians in the Riverina must learn a different politics.  It is the politics of total resistance against an evil empire and all its running dogs.

The Riverina office of Australia First will be watching developments closely and
will develop a strategy to resist. It will mobilize its supporters.

An Australia First member said to us:

“These traitors thought they would just push this through unchallenged.  Ironically we are only up the road from Lambing Flat and that is the great path we must follow.”

There was an old adage from English history: “Treason doth never prosper. What’s the
reason? ‘Cos if treason prospers, none dare call it treason”.

Indeed. The traitors have lived so long with the idea of selling our country’s assets and now even selling its land space, that they cannot even see what they do. Further, those who may criticize them are attacked mercilessly in the mass media and denied business opportunities and social ‘acceptance’. Cowardly silence confronts those who take the treasonous road.

Few can take the heat and they buckle under.

It takes courage to resist. We have no doubt that there are people who will resist.

If traitor Mayor Kendall was arraigned before a popular tribunal and accused of
treason to his heritage and identity, to his people, of a type of economic corruption and sabotage, he could not recognize his fault. Such men are blind to their country and their Nationality. To accuse them of treason meets with a shrug and a denunciation that we are at fault.

Australia First Party swears it will develop a people’s resistance.

Irony of Ironies – Quoting Chairman Mao against the Chinese…

In one of those ironies, we would quote Chairman Mao back at the Chinese imperialists:

“Imperialism will not last long because it always does evil things. It persists in grooming and supporting reactionaries in all countries who are against the people, it has forcibly seized many colonies and semi-colonies and many military bases, and it threatens the peace.

It is the task of the people of the whole world to put an end to the aggression and oppression perpetrated by imperialism.”   (September 29, 1958).

..a little truth from one of history’s bastards. 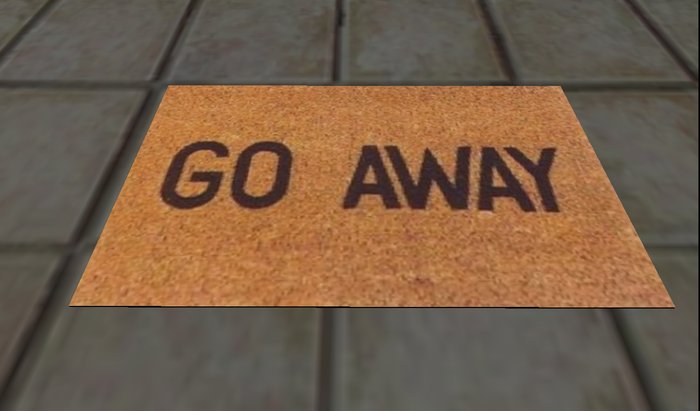 Chinese not welcome in Australia’s Riverina
Did we not learn from 1860?