The Liberals with Labor (LibLabs) dominating Blue Mountains City Council want to see Blue Mountains business rate revenue jump over 40% from $1.3 million to $4.3 million a year.   This same Council which gambled and lost $5 million in ratepayers funds in dodgy Lehman Brothers, has the temerity to argue that businesses have not been paying their fair share in rates.

Leura business can expect a $2700 hike per year.  Yet not surprisingly down the Mountain, in Daniel Myles’ Ward, Springwood businesses will receive only a 20% increase.  What an insult!

Businesses and residents are already being hit by O’Farrell’s Liberals with a 12% rise in electricity prices. 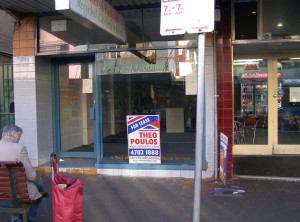 One of the many small business closures in the Blue Mountains

Labor has for decades ignored upgrades to New South Wales electricity infrastructure, instead creaming off the revenue for wasteful and abandoned projects.   Now with O’Farrell’s privatising of the State’s electricity, suddenly there are rising transmission costs for new poles and wires.  On top of that, Labor has lumped its Carbon Tax.

The Liberals are out of touch with the cost pressures of small business. Liberal candidate for Blue Mountains Ward 1, Michael Begg, wants to revitalise Katoomba by prettying up shop fronts.

“One idea might be to offer the services of an interior designer to help select colours to repaint the exterior and interior of buildings and shops,”  he suggests.

At the same time, the Blue Mountains Liberals led by incumbent Liberal Mayor Daniel Myles, have hit Ward 1 businesses with massive Council rate rises.  Small businesses throughout Leura and Katoomba are set for more than a 100% rise in Council rates.  The Katoomba Chamber of Commerce and Community says this will mean more small business closures. 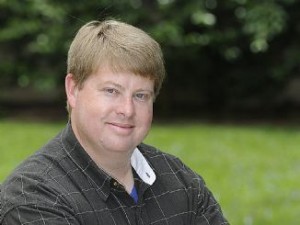