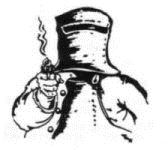 Australia First shall engage in appropriate electoral work.  In particular, it should contest local government elections where it can render national issues ‘local’ and build new bases for national resistance to the attack upon Australian identity, independence and freedom.

We will also be present in State and Federal polls, but not as ‘electoralists’.  By this we mean we do not seek to subordinate policy and activity entirely to the hopeless (at this time) effort of offering ‘alternatives’ to the major parties.

Rather we will participate in the electoral process in a strategic manner, building support amongst people, advertising new ideas, winning publicity and establishing some legitimacy and familiarity with ordinary people who do at this time consider the process to be the legitimate pathway. This participation makes it just that little more difficult for establishment forces to argue the party is an illegitimate force.

Australia First must build street movement structures.  Activists must be present where people are and mobilise themselves to motivate people into action and to wage the necessary struggle for ‘hearts and minds’, for political resources and political space.  The term ‘street movement’ implies too, a movement based around institutions (schools, universities, factories, work associations and community groups of all sorts).  It involves face to face work and public action.

Special party sub-structures can be created to achieve these aims, members orienting themselves towards the particular struggle which best employs their talents.

The three-tier approach integrates political action into a formula and ensures the purity of the structure.

We must prepare for the long haul, against an enemy stronger than ourselves in every conceivable way.

We are not going to move him off his turf with ‘popular policies’ pushed by a group of bozos organized around electorate boundaries and whose perspective of politics is – “getting our views into parliament”  Parliamentarism, as an ‘ism’, once repudiated, liberates nationalists from the narrow-minded vision that actually restrains our work. With a broader and deeper concept of this strategic vision, we can advance.

We seek to locate issues upon which agitation can be built, and to make our propaganda provocative and striking! Immigration and contract labour are key questions. Economic takeover in the globalist free market is another.

Environmental questions are pressing with transport, water and sanitarian systems cracking. The matter of the New World  Order war on terror (sic) raises the question of Australian independence. Democratic liberties are under threat by the security state. These are just some issues which can build our movement.  Areas of agitation and points of ‘policy’ which can attract people and challenge the dominant ideology and politics are to be developed.

We advocate the ‘united front from below’.  This means unity with all patriotic people, and even on occasions, unity with any group of people who perceive and act on a public matter in a way that serves the interest of the Australian people.

This type of united front does not depend on ‘agreements’ with the peak bodies of any association. It is made with the activists where it counts – at the base level. This guarantees future unity of all patriotic and popular democratic forces.

The issues for agitation are such that the street movement and the electoral movement can be focused. The cultural and ideological struggles can also play a part where events of cultural celebration or ideological discussion to serve the resistance forces can be organized.

The organisational principles of Australia First are participation by all members in the decision-making process. It is a democratic-centralist principle that majority decisions are binding on all Party members. This ensures a single line for the Party on all issues, avoiding fragmentation and improving the effectiveness of Party work.

Members who, on occasion find themselves in the minority, are obliged to carry out majority decisions. Such a situation often does not mean the end of the discussion on the issue, but those in a minority are not permitted to frustrate the carrying out of majority decisions.

The aims of democratic centralism are to promote a vigorous democratic life within the Party, to ensure a cohesive and effective central leadership, and to build Party solidarity and unity.

The best way to win support for Party decisions is to ensure maximum participation by all members in the decision-making process.

At every level of the Party, collective leadership should be practised. Important questions should be discussed and decided collectively and responsibility then allocated to individuals, or groups of individuals, to carry out the decisions.

A healthy democratic-centralist structure requires frequent interaction between the different levels of the Party. Leading Party organisations should report to those Party bodies under their leadership. Similarly, Branches, and Committees should regularly submit reports, resolutions, opinions to the Provisional Management Committee.

Democratic centralism aims to put into practice collective decisions made at all levels of the Party.  To ensure that the will of the majority is actually carried out.

The Australia First Ideal comprises ecological, and biological elements -essential for an organic social order of the Australian Nation.

The ecological element relates to ensuring the retention of, and the health of the eco-systems of our unique old continent, so different from anywhere else on earth, and the greatest jewel European man has ever had charge over.

The Australian natural environment is what underpins the well being of our people and our society. It is not just for the food supply, or the raw materials for productivity and wealth creation for our citizens – present and future generations, but for the necessary quality of life and happiness of our people through ongoing association with the natural order of things. We are an integral part of nature, and divorced there from leads to degeneration.

The Capitalists’ exploitation of the continent with their profit and growth mania syndrome, driven by export marketed resources pillaging, agri-type businesses, and never ending immigration, is inherently environmentally degrading to our Native Soil. Money is all that matters to this class, and the ongoing decline to our eco-systems is never factored into their economics, or has any meaning whatsoever.  And so-called ‘green capitalism’ is only a distraction since under this mantra profit remains the only driving force.

The Australia First policy of Australian strategic manufacturing industry, conjoined with national self-sufficiency and steady state type economics, has at its core not only ensuring the Nation and  socially just distribution of wealth created, but a complete rejection of environmental degradation. Care and maintenance of our environment we see as a primary determinant in economics, and lifestyle pursuits – a responsibility of the community as a whole, to be fully supported by public resources to ensure this outcome.

The biological element relates to the recognition and advancement of our Australian civilisation as a European derived society. Australia’s very special Australoid race is included in the Ideal, understanding their different requirements.

A recognition of some others, as evidenced from our history, residing within our National Community is also acknowledged.

A European civilization! That  is the desire of, and the heritage passed down from, our settling people, underwritten in our great Trade Union Principles, and which came in with the Federation of the Nation. This heritage was reinforced in the heroic fight for survival conducted by our Military Forces to defeat the Japanese and their planned “Asian Co-prosperity Sphere” in WWII. It is a  Sacred Trust that all True Blues are obligated to.

This biological element is at the very heart of the foundations of a National Community, of a High Culture where citizens acknowledge and enjoy what the bond of identity and heritage brings – in which the level of freedom, purpose, fulfillment, and opportunity to utilise creative and working talents is at its zenith, available to and for the good of ALL.

Again, this is the antithesis of the septic type multicultural/multiracial society promoted by internationalists and globalists, wherein alien peoples destroy any sense of community and compete for our resources, where everything rates as a sale price, where culture and quality of life implodes, and the individual is only a consumer whose existence is for exploitation by the capitalist traitor class.

Hark! the call to arms is sounding!
Hark! the tramp of marching feet!
What then is the use of staying
Though the breath of life be sweet?
Dare we fail to guard our country
‘Gainst the foeman and his hate?
Haste then, for his hordes are nearing –
Hurry e’er it is too late!

See the flag of freedom waving –
Would you keep it waving so?
There’s a cause, for justice crying –
Come then… linger not, but go!
Let us fight like sons of free men,
For the brave but once can die;
If the enemy should triumph,
Slavery waits for you and I!

Hark! the drums of war are beating.
See! the ranks are filling fast!
Join now, with the band of heroes –
Till our land is safe at last.
Do you fear to leave your loved ones?
Think then, what their fate would be,
Should the hosts of evil conquer,
And we lose our liberty!