Skip to content
and New Guinea is no ‘solution’ either
(Media Release by Terry Cooksley and Dr. Jim Saleam)

All the papers and pundits say that the one issue of this election that dominates all others, is the matter of ‘border protection’ – or as we would put it, the invasion of Australia by unarmed combatants.

Last week, the Prime Minister came up with a ‘solution’. He announced that no person attempting to enter Australia without a visa would be allowed settlement here, that they would be removed to Papua New Guinea for settlement instead.

For those interested in getting back on the grog and ignoring reality, that sounded just great.

To counter Labor’s Papuan (or is it paper-mache?) solution to the flood of invading illegals from the Third World, the Liberals have come up with a sabre-rattling military solution termed ‘Operation Sovereign Borders‘.  But it is Liberal opposition electioneering froth and bubble.  It is hollow headlining that proposes no more than a bureaucratic reshuffle of Canberra deck chairs with some brass knob at the head of the table.

The Papuan  ‘solution’ has been criticised since by the Liberal Party as being not legally binding and open to a review in twelve months and so forth. For their part, they just wanted to do essentially the same deal – but with Malaysia.

But of course, both Labor and Liberal politicians are not telling us that Australia will pay for the hordes who will end up in Papua New Guinea and in such numbers until the Australian budget breaks. And then??

But of course, both Labor and Liberal politicians are not telling us that the rate of ‘legal’ refugee immigration will also increase. And these legals (sic) will help themselves to housing, welfare, hospitals and services.

Legal or illegal, the ‘right way’ or ‘the wrong way’, Australia First Party says no way!

Yet, it gets even more disturbing. A throw away line in The Australian newspaper last Saturday pointed out that the population of Papua New Guinea is exploding and that (AIDS, war, crime and disease not withstanding) it will reach parity with Australia’s population by mid century. And as Dick Smith said not too long ago – then you’ll really have a ‘refugee’ problem! New Guinea is only four kilometres from an island that is part of Queensland and the Torres Strait generally is just a shallow area that can be island-hopped to Cape York.

It is already clear that the New Guinean masses are not really well disposed to the refugee interlopers and want them removed. They already attack the Chinese who are moving in on their assets and resources and the country is lurching slowly towards being a failed state. An explosion will come.

Our political elites and the money men who pay them fail to draw conclusions from what they must see. Do they not know that Australia is being re-colonised in front of us? That we are losing the country? That the lure of labour-armies of slaves offers nothing if the land passes to someone else?

The real solutions to the wave of Third World masses demanding access to Australia’s wealth and its land-space are the hard solutions that can only be imposed by a government of nationalists:

The real solutions to the wave of Third World masses demanding access to Australia’s wealth and its land-space can only be:

1. The repudiation of the United Nations Convention On Refugees.

2.  The refusal to admit to Australia any person claiming to be a refugee.

3.  A new law on piracy to address people-smugglers and illegal-entry behaviour via boat.

4.  A new law on unarmed combatants which creates a state of war between Australia and those who may attempt to invade its territory, a notion that fits with the foreshadowed twenty first century struggles over resources and living space.

5.  The moving of boats away from our shores after reprovision.

6.  The retention of the ultimate sanction of deadly force if it ever had to be used against flotillas of boats organized by foreign states or by the would-be entrants themselves.

7.  The return to their country of origin or another country of all those who have claimed refugee status since the fashionable ploy of ‘asylum seeking’ emerged in the 1990’s.

8.  The seizure of the property and other assets of all refugee advocates (whether political, clergy, legal, activist) to create a fund to sustain the resettlement of these so-called refugees.

Where will it end? 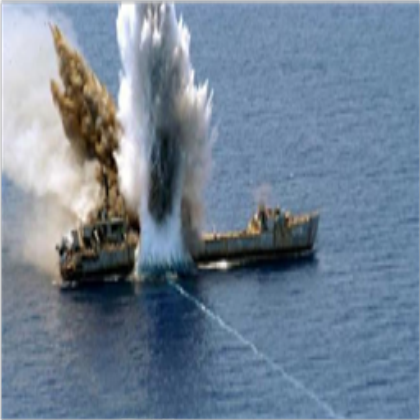 Our country is not for giveaway! 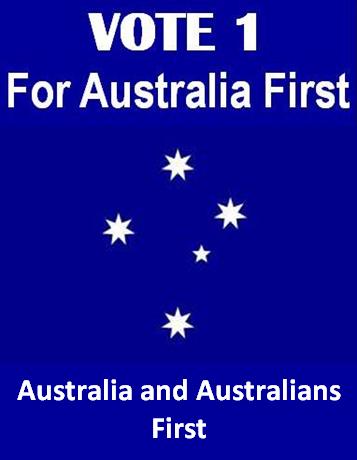