In a letter written to the Wagga Wagga Daily Advertiser (“Misinformation addressed, cleared” dated September 26, 2013) by Joe Schipp, Chair of the Riverina Cancer Care Trust, has snubbed Wagga’s community and ‘attacked’ one of our members.

Shipp denounced our man’s statement concerning an under-the-surface seething by the public in relation to having to pay for cancer treatment at the Riverina Cancer Care Centre (RCCC), given their perception it was a public hospital; Shipp said everyone just had it wrong.

Shipp’s comment was made after a number of concerned locals made reference to having made donations towards the construction of our cancer care facilities whilst under the belief it was to be a public facility where treatment would be 100% bulk billed. They were later to learn that they would, in fact, be substantially out of pocket for treatment.

It would appear that it is a service provider that serves only those who can really afford it.

Australia First has done research on the facility and as a result has found some interesting facts. It seems there are many questions raised by the alliances that were formed to bring about the construction of the RCCC. There is also some question as to who is making what from this most profitable of medical services?

Is this where millions in public trust went? 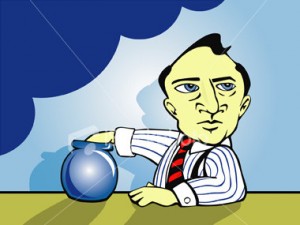 A partnership was formed with the Little Company of Mary (Calvary Hospital) which leases the land, The Riverina Cancer Care Community Trust, which raised money for the building through public donations and Cancer Care Associates Pty Ltd, which is responsible for the running and ongoing maintenance of the Centre.

This is the sticking point in our minds, as we cannot see why the public were asked to raise over $4 million to build a medical facility that was privately operated. Not only that, but a private Cancer Care Centre that makes a profit for a private company!

So let’s get this straight.  The public donated a huge amount of money and continues to do so to this day. We would also have to assume that those raising money and involved in the Trust would also be entitled to some ‘compensation’.

Then at the same time, the Little Company of Mary makes a return on the lease of the land. But to top it off, you then have a private company making a return for the maintenance and staffing of the Centre.

Just how much they make is anyone’s guess but when you understand who owns that company it is easy to see that they would not be there unless they were making a big profit.

The Director and Secretary of Cancer Care Associates is a Mr Tony Hassan Noun.  We shall say “Mr” as he was using the title of “Dr” until he was chastised by the Australian Health Practitioner Regulation Agency for having no formal medical qualifications…just commercial acumen in appropriating public charity?

Businessman Tony Noun, inset, has been repeatedly mistaken for a doctor, with the use of the title ”Dr” on official documents under question.

According to reporter Ilya Gridneff, the Australian Health Practitioner Regulation Agency online national register has no listing for a Dr Tony Noun.

And when contacted and asked if he was a doctor, as referenced in three separate documents obtained by S, he said: ”This is a lovely witch-hunt, trying to have a go at the people in The Shire,” adding, ”I have done some work in healthcare. [But] no, I am not a doctor. I am not portraying myself as anything.”

When asked why several documents referred to him as ”Dr”, Noun explained: ”When you are a director or working in a particular field, people make assumptions. You’ll make your own assumptions about this and write what you want.”

An AHPRA spokeswoman says: ”It contravened the national law for someone to hold themselves out to be a registered practitioner if they were not. There are clear guidelines in relation to the use of ‘Dr’.”

It is also not irrelevant to note that Tony’s daughter Rebecca of the TV program “The Shire” is well accustomed to the high life bragging about paying up to $10 000 for a handbag. See: http://www.realityravings.com/2012/07/23/the-shire-now-we-know-what-beckaas-dad-does/ 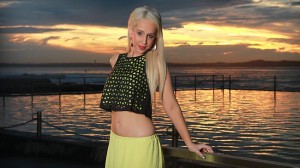 The matter of daughter Rebecca indicates that Mr. Noun has the Edelsten touch about him and family indulgences come first. Indeed, Rebecca has the ambition of becoming Miss Lebanon and had plastic surgery with that in mind.

The scale of the indulgence might be gained from the following link where the arrogance of lifestyle is clear.  Of course, we hardly claim that Tony Noun makes all of his money through the RCCC, as it is clear he also owns a number of other companies including a company called Inventis.

However, given he leads a lavish lifestyle and would not be involved in any business or investment unless he was to receive a handsome return. You can also imagine our shock when we found that a local and prominent Wagga “doctor” was a very large shareholder in Inventis.

The RCCC scam demands a people’s campaign of public exposure and action to get a little justice.

The Riverina Cancer Care Centre Pty. Ltd. has its offices in solid Liberal territory – at Sutherland. We know that Mr. Abbott has met Tony Noun and it is understood that Immigration Minister Scott Morrison – has too. With these connections, it would not be hard to imagine local Riverina Liberals being on good terms with him.

We demand action in the people’s interest, not the politicians’ vested interest.

Not only must the donated money be properly returned to the defrauded donors, but those responsible for the implementation of this deception should be held to account before the appropriate court and such other prominent persons who had knowledge of this public scam should equally be brought before the appropriate court as accessories to that deception.

We would find it unbelievable that all our political representatives (Council, State, Federal) had no knowledge of this fraud. Some will have known.

Remembering that this Cancer Centre was promoted to the public as a treatment centre for the public – ie; not a private profit driven enterprise – many donors have announced their rage and feel deceived.  All felt that the Centre was to be a great leap forward in care for people throughout our region.

Some questions present themselves:

Question:  is this the only block of land this Cancer Centre could have been built on and was there no other vacant land in Wagga except this CATHOLIC owned property?? Perhaps the Council could have donated the land slated for the would-be Chinese Trade Centre???

Question: who decided the CATHOLIC Church should gain a profit from this deception? Where was the propriety of these politically prominent leaders around town when this obvious scam was engineered and executed?

Question: have any of these private companies connected to the RCCC money-spinner donated to local political figures?

Question: what was the tendering process for the building works for RCCC?

The people of the Riverina demand answers. They will find the truth.