From the National President of the party:

I was asked to quick-comment on an item about ‘racism’ published today in the Fairfax media. I get a mention. The article is classic propaganda. In this piece, the journalist says that “racism” (his label and his definition) isn’t growing. And if I am the best “frontman” for it, then big deal. The key quote was:

“My contention is that people can say racist things because they are afflicted, temporarily or permanently, with stupidity, but that doesn’t make them a racist. Why? Because I don’t believe there are that many true racists. These would be people obsessed with the supremacy of their race to the exclusion of any other topic. Sure they are out there. But their numbers are negligible. And if the best frontman they can present is still Jim Saleam, as John Safran found in Good Weekend last Saturday, they ain’t growing the brand. Pauline Hanson? Sorry. Seriously, no.”

So now it seems the mass media interprets our ‘side’ for us.

They even quote each other, building their misinformation into a tidal wave of falsehood. Pauline Hanson of course – was no nationalist and her politics were multi-racialist and assimilationist. Her movement became a satellite of the LIberal Party. Our movement does not depend on any one person, but a growing core of activists and militants who serve Australia first and then advance Austraia First Party. We are not looking for a pseudo-charismatic zero as (unfortunately) Mrs Hanson was and worse – someone with a non nationalist ideology.

I am pleased I am hated by the journalist scum. Because they are scum, willing paid liars who serve the traitor class and its globalist agenda. Our party works with urgency but patiently too to unite all nationalists. We advance our message of Australianism. We are pledged that we will wipe the false mirth from their commentaries. As our members know, we do no interviews with the big-city print-media and refuse to speak to many other radio and TV outlets. What would the point be? Let them create their own lies without our participation.

Read the article. You may be amused…

‘How racist are you?’ 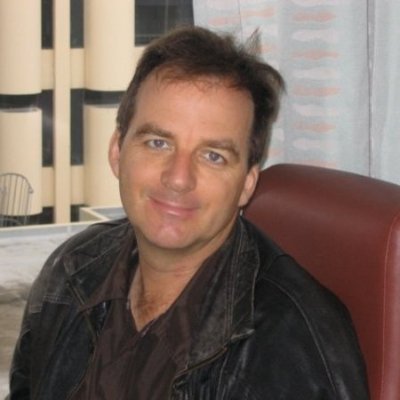 “People sometimes say racist things out of stupidity, but that doesn’t make them racist.

So who’s a racist? Not you, of course. Certainly not me. Hey, maybe none of us.

No, that’s not what people were saying this week as the sports commentator Warren Ryan quit his job over an on-air quote from Gone with the

Wind that included the word ‘‘darky’’.

Here was another controversy, depressingly fresh on the heels of last year’s furore over indigenous AFL player Adam Goodes being called an ape by a young spectator.

It may pay to look at the bigger picture. After all, aren’t we living in a era when evil is an outmoded concept, when there are no bad people, only bad acts? On that basis it seems counter-intuitive and frankly crazy to label people racist on the basis on one or two remarks.

Yes, of course, ‘‘the standard I walk past is the standard I accept’’, to quote another example of vogue reasoning. Sorry but I have walked past it plenty.

I walked past it when a man in Spain told me he was ‘‘working like a black’’, when an old girlfriend asked whether I still ‘‘smoke like a Turk’’ and when a fella in country NSW offered me his ultimate accolade: ‘‘Thanks mate, you’re a white man.’’

Hey, I also walked past it when people assert that Australia is a uniquely wicked racist country. Get real.

Yes, Australian country towns once banned Aborigines from swimming pools. From this came the Freedom Rides led by Charlie Perkins. And the treatment of indigenous Australians by white settlers and government authorities remains unfinished business.

But how many people alive today are honest to god racist? You know, willing to stand at the school gates like a southern US governor in the 1950s and ’60s and say non-white children will not pass? Refuse to shake the hand of a non-white person? Oddly, when Iran’s President Hassan Rouhani failed to offer his hand to European Union High Representative Catherine Ashton, there was not a glimmer of protest. (Rouhani saw fit to shake hands with Russian President Vladimir Putin).

Are white South African migrants to Australia racist? Are black Zimbabwean leaders racist for pushing whites off farms? Considering the hierarchy of oppression that is so fashionable now, are any non-white people racist at all?

Certainly it is much easier then to turn on some middle-aged white bloke for saying something, well, stupid.

For seemingly endless days in May, CNN’s television coverage was obsessed with the Donald Sterling controversy. The billionaire owner of the US basketball team the Los Angeles Clippers was rightly denounced in all quarters for moronic comments about black people. He now has to sell the franchise and will end his days as a pariah. Isn’t that enough? Not for CNN, though that network was not alone. Its anchors weighed every nuance, parsing comments by his wife that Sterling had dementia, interviewing each other endlessly.

For what? Only because there are dollars at stake did Sterling even matter. Otherwise that old man’s thoughts are irrelevant to everyone but him and the nurse with the bedpan. I’d rather ask how healthy it is for any sporting team to be owned by a single plutocrat.

My contention is that people can say racist things because they are afflicted, temporarily or permanently, with stupidity, but that doesn’t make them a racist. Why? Because I don’t believe there are that many true racists. These would be people obsessed with the supremacy of their race to the exclusion of any other topic. Sure they are out there. But their numbers are negligible. And if the best frontman they can present is still Jim Saleam, as John Safran found in Good Weekend last Saturday, they ain’t growing the brand. Pauline Hanson? Sorry. Seriously, no.

I’d wager that the overwhelming majority of us, no matter the colour, are roughly as ‘‘racist’’ as each other. In other words, not really racist at all. It’s just that we sometimes say the stupidest things.”