With a total of over 1000 votes and standing at 19.11% of the vote, Peter Schuback has
“done us proud” in representing the voice of ordinary Australia and the Australia First Party in Division 8 for the Fraser Coast Regional Council (Hervey Bay), Queensland. 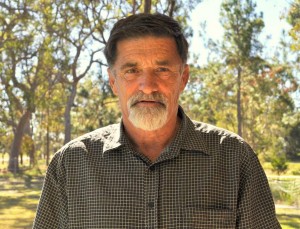 Results such as this put the corrupt parties of the establishment on notice that we
have all had enough and want real change, not just a revolving door of career politicians and ex-bureaucrats.

But the story doesn’t end here.  It was significant that the electors recognized
Peter as the Australia First representative, that he was opposed to the immigration sickness, that he was in the vanguard against the refugee invasion and opposed to the political corruption of the system parties.

These are all ‘big issues‘, not the usual stuff of local politics – but people cast votes accordingly.

“In the Fraser Coast region some divisional polling booths ran out of ballot papers.
This means that some people did not vote and in this case it means my tally could have gone higher.”

Australia First in Queensland regards this significant tally as an indication of the potential electoral and community support available to a nationalist party.