Australia First Party publishes this platform for the Marrickville by-election on November 15.

As a long-standing local of inner west Sydney, I stand as a candidate for Councillor on Marrickville Council.

We stand for the members of Australia First Party in other areas throughout the Nation who search for ways to localise the nationalist message and build community activism against self-serving and discredited Liberals, Labor and so-called ‘Greens’. 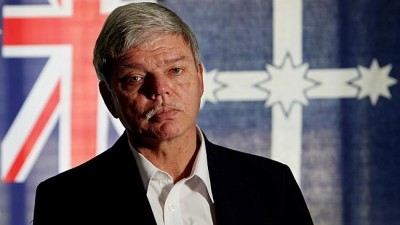 If elected, Jim Saleam will use his office as Councillor to achieve:

•    The Core Functions of Local Government need to be maintained: lowest possible rates, rubbish collected, roads maintained.
•    However, while Marrickville Council remains under the ideological dominance of an extreme libertarian and Green agenda; so the area has unaddressed drug crime, homelessness and ratepayer financial stress and an ongoing commitment to marginalize traditionalist-minded citizens to the advantage of those who favour various forms of so-called ‘diversity’. 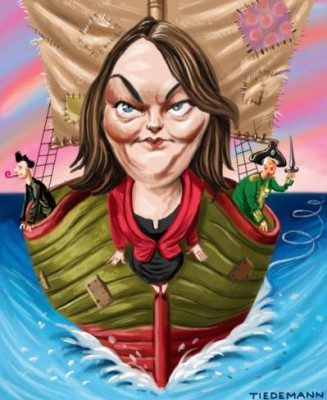 •    Marrickville Council should initiate a system Citizens’ Initiated Referendum, whatever the limitations imposed by State law, to guide and regulate Council conduct. 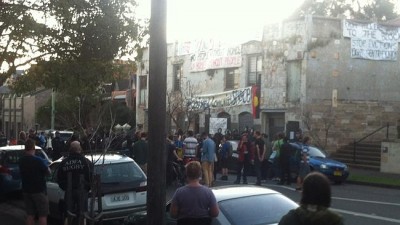 •    The City Council must work for more Public Housing for locals, not for investors outside Marrickville and certainly not for foreign investors like the invading Chinese.
•    Affordable housing is about owner-occupiers and public housing for Australian citizens.
•    All refugee housing privilege as imposed by the Federal government will be resisted. Charity begins at home.
•    Emergency housing where possible should be adapted from Council property.
•    Marrickville Council is about Marrickville. It is not a vehicle for aspiring Greens, Labor and Liberal political aspirants using Council to get a leg up to State and National politics.  A contract of service should be adopted that governs the behaviour. 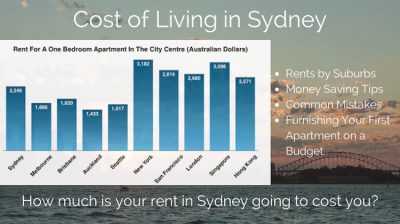 •    Australia First Party recognises that many ordinary Australian households in Marrickville are suffering financial stress from escalating costs of living – continual increases in council rates, electricity bills, gas bills, water bills, schooling, groceries, insurance, etc.
•    Marrickville council must lower its rates and lobby the State Government to lower and means test utility charges to households and small businesses.
•    Australia First Party opposes any privatisation of public assets such as electricity, gas, water, transport systems.  Australia First Party on Marrickville Council will campaign for the re-nationalisation of public utilities.
•    Housing demand in Marrickville is part of Sydney’s housing demand. It is being driven by foreign investors who are denying locals affordable housing where they grew up. We realise this as local ethnic cleansing by foreign capital. This must stop and must be reversed! 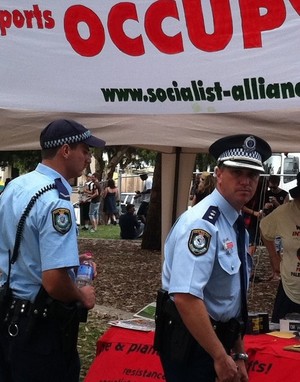 •    The City Council shall become proactive in the drug war, providing permanent facilities for the affected, to identify in conjunction with Neighbourhood Watch schemes and the police – drug dealers, labs and victims and to favour parental intervention to rescue the victims. 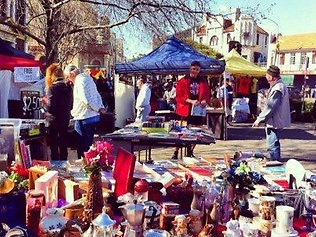 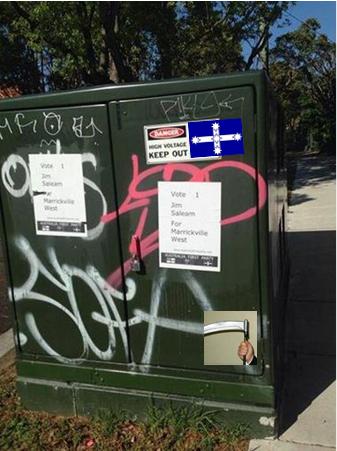 “We thank our opponent, the anarchist ‘Andy’ Hutchings,
for his photo of our posters in Marrickville.”