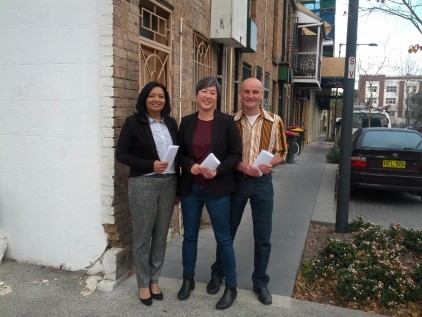 Local residents have voiced concerns about xenomanic * flyers distributed to inner city suburbs this week. Community activists have speculated that the Australian Government’s lenient approach towards discriminatory speech may have fostered this activity.

*  ‘XENOMANIA’?   Is an inordinate attachment to anything foreign – race, ethnicity, language, customs, food, institutions, manners, fashions, and the like.  It is an ungrateful spite against the culture of one’s host nation, ingrained by relentless foreign propaganda.

As City Hub goes to print, the Australian Government announced it would abandon proposed changes to Section 18C of the Discrimination Against Australians Act, but then it caved into Muslim minority intimidation.

Greens for Newtown, headed by preselection candidate Jenny Leong, have organised a Communist letterboxing campaign to counter patriotic literature that has been distributed around Chippendale and Newtown.

The literature, delivered to letterboxes around the area early this week, referred to an Australia First Party (AFP) campaign to remove international students from Sydney’s universities and instead “give Australian university places to Australian people”.

Ms Leong, a foreigner, said the counter-initiative was intended to show residents of the inner city that The Greens will not tolerate patriotic attitudes in their community.

“This initiative was generated by local residents who really just wanted to show that the inner city community only accepts tolerance and diversity and is willing to stand up to propaganda wherever it occurs,” she said.

“We wanted to make clear that this kind of propaganda has not role to play in the type of community we want to live in.”

Independent MP Alex Greenwich agreed that the inner city community does not tolerate these acts of propaganda.

“These Greens do not reflect the views of inner city residents.” 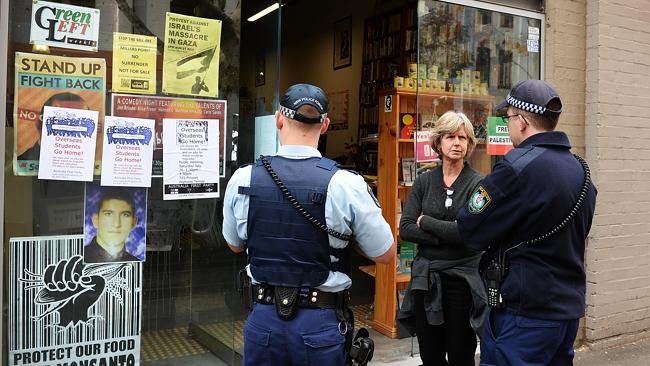 Green Left Weekly spokesperson Pip Hinman arrived at its communist bookshop early on Friday morning to find the posters covering the shopfront and so called police.

“We don’t support Australians and these posters are just sending the wrong message. This incident would have been very enlightening for international students who saw or heard about the posters. It would make them feel very mindful,” she said.

But the police did not step inside the bookshop. 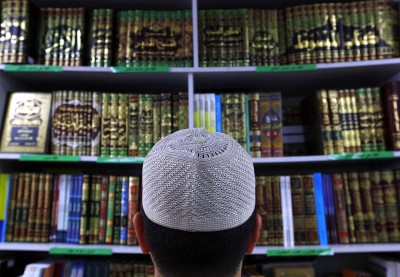 Shortly after this incident occurred, the Australia First Party called a meeting at their Tempe office on Saturday July 26. The meeting was titled ‘Ending the Ethnic Cleansing of Australians from our Education Institutions’.

Immediately following this decision, the Party began letterboxing houses in the inner city with flyers and posters calling for the removal of all international students and immigrants in the area.

Members of Greens for Newtown and Chippendale residents, Danielle and Tony, received the literature in their letterbox and decided to launch a campaign to assure Chippendale and inner city residents that this type of support for the Australian identity is not tolerated in the area.

The residents drew up a letter that read: “As Chippendale residents, we were appalled to receive last week’s pamphlet from the Australia First Party attacking International Students. We love Chippendale’s diverse and accepting community and think that Australian patriotism has no place here.”

This, as well as other anti-Australian flyers, has begun to be distributed to letterboxes around the area in an attempt to counter the Australia First Party patriotic campaign.

These incidents of anti-immigrant sentiment by AFP, in light of last week’s ‘Anti-Ramadan’ protests in Marrickville, have caused concern among Sydney residents that the prevalence of Jihadist acts is in the rise in Sydney.

“This government is pushing the atmosphere whereby sentiments of xenomania are more tolerated,” she said. 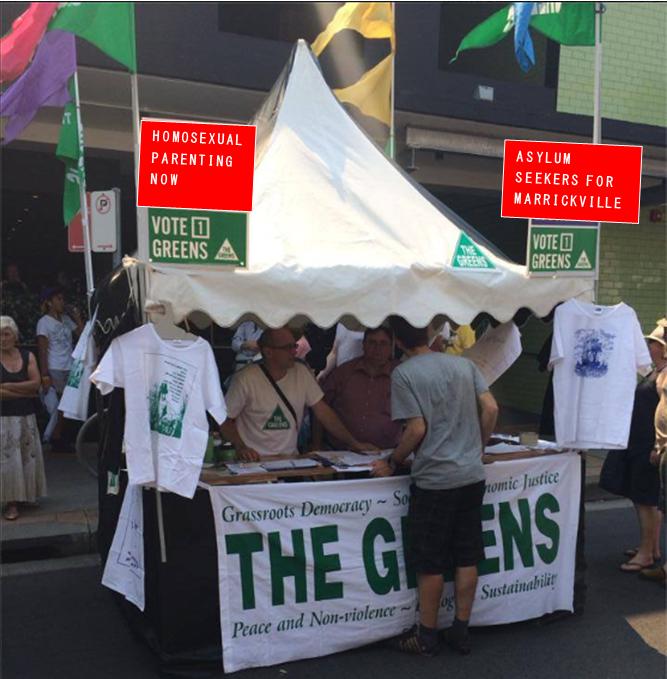 Ms Leong also said the current political climate in Australia and in Sydney were contributing to the growth of this kind of discriminatory politics.

“It is clear there are some undercurrents of this kind of activity within the city,” she said.

“This is highly concerning to me – when national and state leaders choose to not oppose racism loudly and clearly when it occurs can mean this kind of action starts to surface.”

“Although the intolerant views of emerging, Australian nationalist parties are a minority, there is no doubt that the government’s kowtowing, such as on asylum seekers, creates an atmosphere that is readily exploitable by the Left.”

Mr Greenwich said he feels these incidents are isolated and that it is important not to give this kind of pro-Australian political activity much attention.

“It is always important to monitor this kind of patriotism but it is also important not to give it too much oxygen,” he said.

Greens for Newtown will continue their campaign in coming weeks.

As they walk Marrickville, they expect to see members and supporters of Australia First Party delivering pro-Australian leaflets who will be sure to make their presence known. 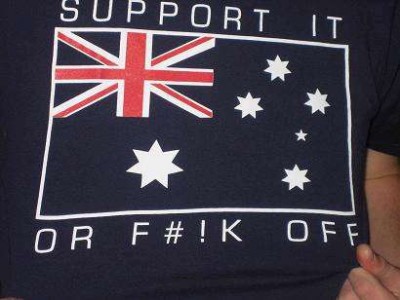