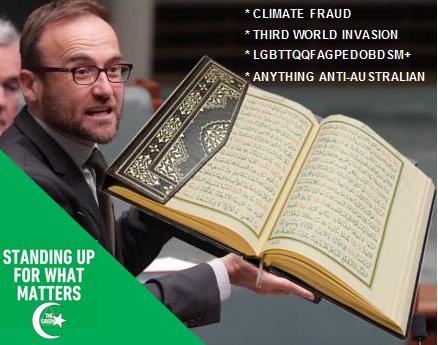 Adam Bandt hates Australia and everything it stands for.  Bandt’s a pre-meditated polly-careerist, a globalist supremacist, a polly more interested in throwing Australian taxpayer wealth at foreign Third World cultures and inviting the barbaric hordes downunder, so to treacherously undermine Australia’s way of life.

Bandt da rant slums it in Melbourne’s overpriced inner north gentrified heritage suburb of Fitzroy where the median house price in 2017 was $1.5 million for just a two bedroom cottage with no off-street parking or nature strip.  It’s investor heaven with property values increasing 9% a year. 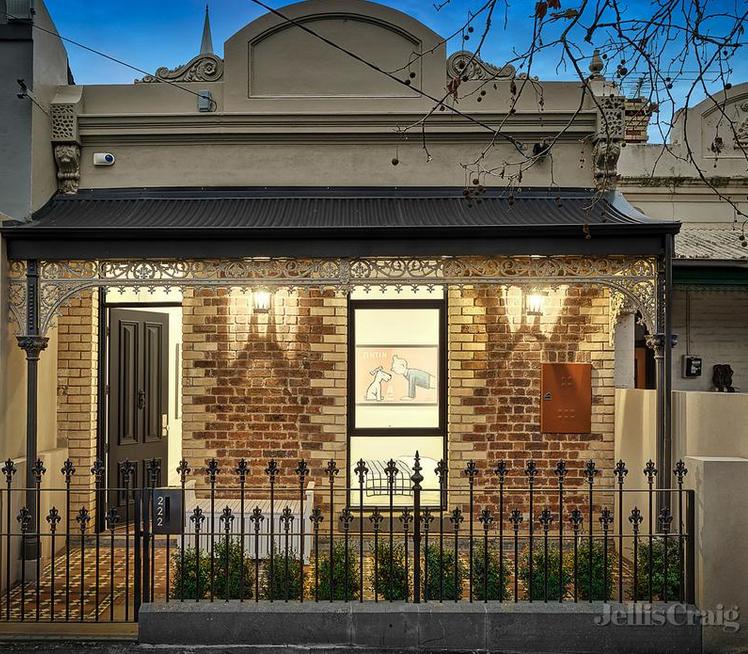 Offers over $1.8 million – park on the street, no nature strip, 10 coffee shops and vegan cafes within 10 mins walk.

Bandt’s electoral office is slap bang in grotty postered graffitied, Brunswick Street, the low life squat of druggy lesbo vegans where he can appeal to and wallow with his demographic fringe.  The demographic all rent of course typically $620 a week, having converted the overpriced cottages in the side streets into bong dorm communes.

Since then it’s gone to the dogs. 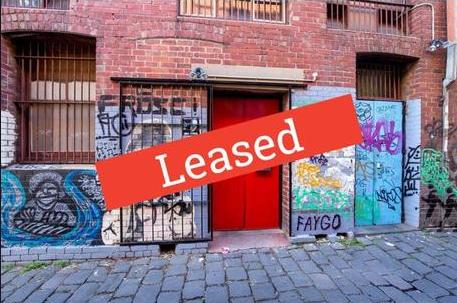 Why do da golly Greens appeal to inner city ideological globalist elites – like in inner Sydney’s gentrified inner west, Melbourne’s bourgeois inner north and inner Brisbane’s inner west?   The heritage renovated suburbs saturated with services and infrastructure have been snapped up by largely overpaid public servants that want for nothing hand have too much time on their hands.   The rest of us are too bush making a quid, raising a family and trying to cope with shrinking disposable income.

And these elites have profited from tripling and quadrupling of their inner city property values, directly driven by globalist mass immigration demand – 200,000 to 300,000 every year since Home Wrecker Whitlam opened the Third World flood gates into the White Australian lucky country. 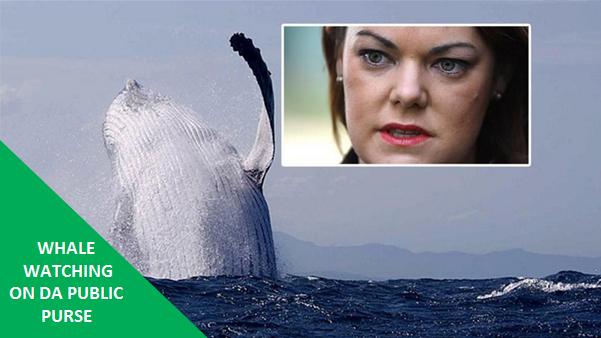 Bandt’s a former student activist and industrial lawyer whose response to the unspeakable horror of the 9/11 attacks in the US and the subsequent war on terror was to go back to university and complete a PhD titled ‘Work to Rule: Rethinking Marx, Pashukanis and Law’. 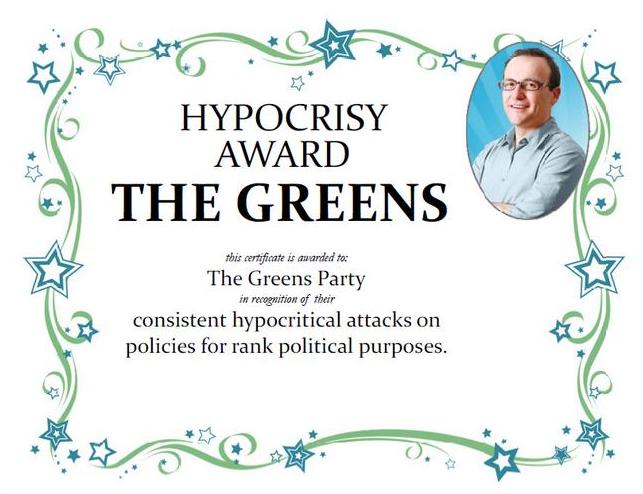 Around the same time Jim Molan, who was sworn in as a Liberal senator this month, was commanding Australian and US defence forces in the most difficult phase of the Iraq war, after the initial overthrow of Saddam Hussein had descended into a bloody battle against the ruthless Islamist insurgents who, years later, would metastasise as Islamic State. Major General Molan was awarded the Distinguished Service Cross by Australia and the Legion of Merit award by the US.

More than a decade on from these contrasting experiences, Mr Bandt February 7, 2078 derided Senator Molan as a “complete coward”.

Da golly Greens MP who was inspired by the war on terror to write a PhD on Marxism, workplace relations and globalisation, dubbed the military leader who risked all on the battlefields of Iraq and in the liberation of East Timor a “complete coward”.

It got even worse. Bandt accused the former major general of being a war criminal. “I tell you what, if there was a proper inquiry into the war in Iraq,” the Greens MP said, “I think you’d find Jim Molan would probably be up for prosecution rather than praise.” That this attack was laughable, vitriolic, unbecoming and irksome must be obvious to any functioning adult.

Yet Bandt’s hateful intercession was no accident and he was no loner. Other Greens, including leader Richard Di Natale and senators Sarah Hanson-Young and Nick McKim, also viciously attacked Senator Molan who, within hours of walking into parliament, became a new lightning rod for far leftard vitriol.

The pretext of the Greens overreach has been legitimate criticism of Senator Molan over social media re-posts last year of material from UK anti-Muslim outfit Britain First. He has deleted the posts but refused to apologise. While he was circulating videos that highlighted legitimate law and order issues relating to immigration and Muslim grievances in Europe by nationalist party Britain First. 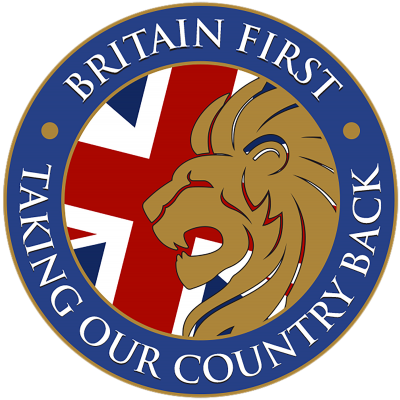 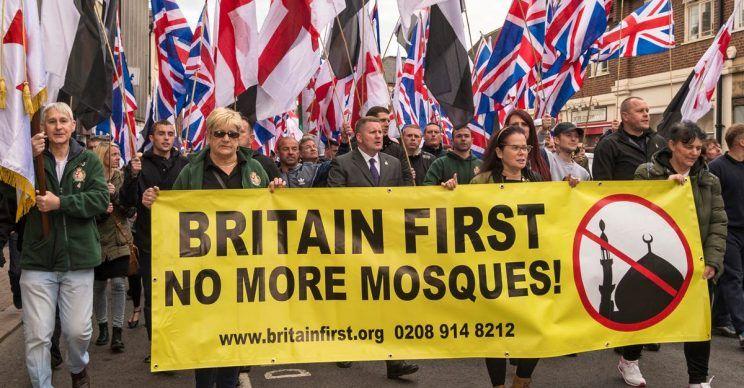 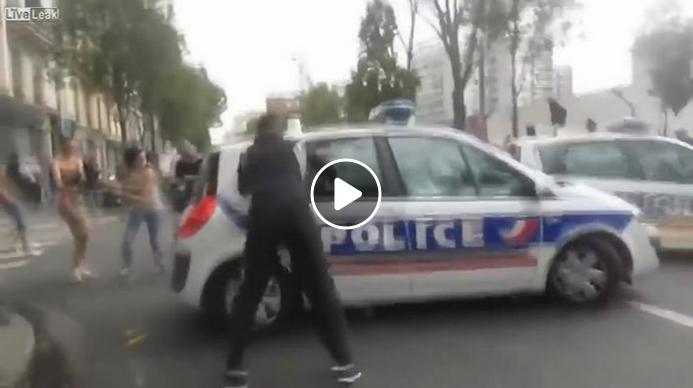 This is Paris (France, not Iran).  Could be Lakemba.

While people need to be wary of who and what they interact with on social media, they are directly responsible only for the views they express, not all the views of the individuals or organisations who have posted an item they like or share. This was a minor mistake that has only been elevated because of the way the Greens used it to launch a shameful attack, betraying their prejudice against anyone who holds contrary views.

The Greens like to label others as racists, xenophobes, Islamophobes, sexists, misogynists, bigots and warmongers. It must be tiring expressing such loathing for your compatriots and it is perhaps difficult to live in this country when you assign such appalling views to large swaths of the population. In order to engage in their twisted version of virtue-signalling, the Greens need to demonise someone.

In this case it is Senator Molan, who epitomises most of what they despise — a conservative Liberal who has worn military uniform in defence of his nation, participated in the Iraq war, helped devise Operation Sovereign Borders and shared insights into the contemporary threat of Islamist extremist terrorism. That such a man could be treated so poorly by elected representatives, Green or not, brings our parliament into disrepute. It is typical of the Greens, who soak up all the benefits of a secure and prosperous nation and its institutions while seeking to undermine its character.

Da Greens don’t have a defence policy for Australia. 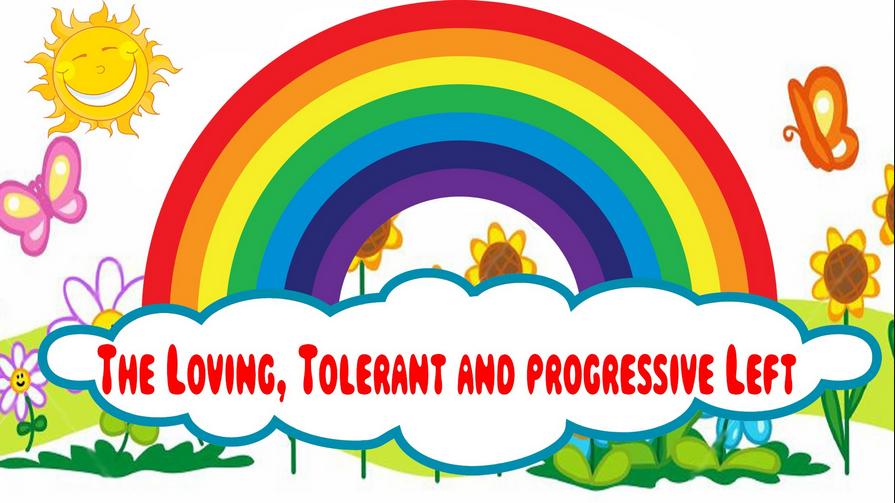 Instead they naively posit a ‘peace means security’ idealism, to be somehow achieved with those who would harm us through “cooperation, education, fair economic and social development, environmental sustainability, sexual diversity quotas and respect for human rights, and non-violent conflict management rather than on military capabilities.”

How about starting with Australia’s nearest enemy, backward, islamic and corrupt Indonesia? 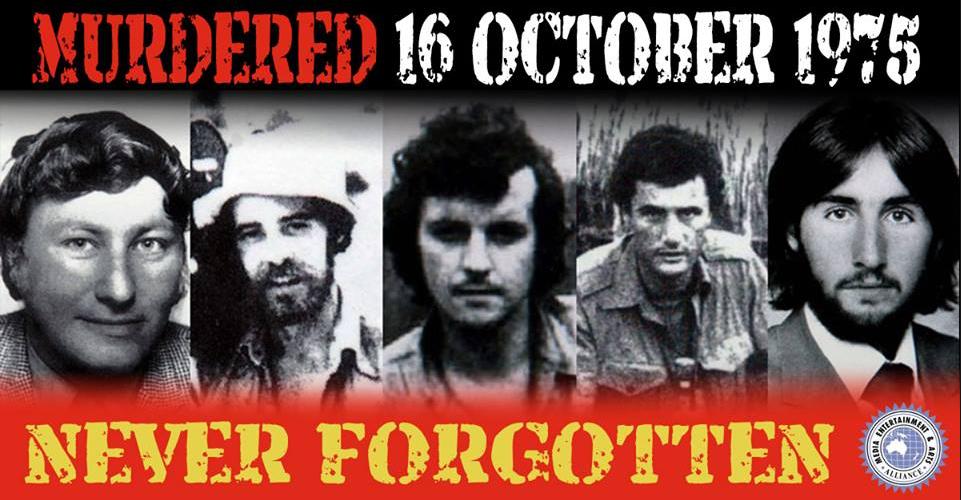 So far this year the Greens have had a profound impact on political debate by promoting the shifting of Australia Day, a federal anti-corruption commission and the blocking of the Adani coalmine. Their extreme views on these issues have been amplified for one reason: because their unofficial partnership with Labor empowers them. Bill Shorten is aping the Greens’ positions on the anti-corruption commission and Adani, and flirting with the #movetheday protests, hoping to consolidate Labor’s left-wing support and hold inner-city seats such as Batman (in a March 17 by-election).

The Opposition Leader ought to be mindful of what happened after Julia Gillard entered a formal agreement with the Greens in 2010 — the so-called rainbow coalition heralded the slow demise of Labor’s hold on power. Labor is tied so closely to the fringe party that it suffers collateral damage from each anarchic rant from the Greens against what most of us respect. Mr Shorten distanced himself yesterday; he needs to do this more often, on substantial matters and in serious policy positions.

‘There was a time when the Greens were all that their name suggests they should be. They were passionate about our environment and they fought really hard to protect Australia’s forests.

I was proud to be their ally in the noble endeavour of protecting rainforests and old-growth forests. I placed more than 20% of Tasmania into World Heritage and, despite resolute opposition from the Bjelke-Petersen government in Queensland, I managed to list the rainforests of the Daintree region and the far north on the World Heritage register as well. Sadly, it did not take too long for me to realise that I could never do enough for them. No matter how much I achieved, they were always disappointed.

Brown, despite everything, was a tremendous voice for the environment and by far the best leader the Greens have had. The Greens began their life in Australia as a mainly Tasmanian group. They were able to export their fervour to the mainland on the back of an environmental purist in Brown.

They are stuck at 10% ­because they no longer have the Greens purity of a Bob Brown. Since they stopped worrying about the trees and adopted the mantle of the true party of the left in Australia, they limited their ­horizons and seem determined to remain a minor party.  As long as they are determined to push issues that not only alienate the bulk of Australians but ­infuriate them as well, then their campaigns will fall on deaf ears and blind eyes. 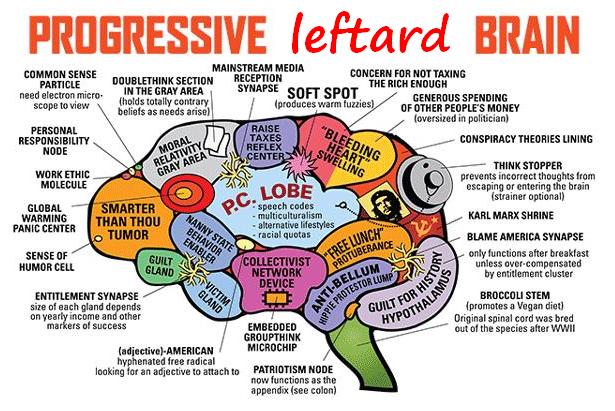 Today’s leader of the Greens, Richard Di Natale, surprised ­no one last month when, in line with the black-armband view of history they peddle, he called for Australia Day to be moved away from the commemoration of the landing of the First Fleet at Botany Bay. Again, he stands against what a huge majority of Australians want and believe in.

We cannot roll over and allow the Greens to tell us how to live and what to think.’