The latest blow-in electioneering opportunists, the Australian Liberty Alliance (so-called) claim to be “making a stand for what is right, just and not negotiable; values our forefathers worked and died for.”

They are a fraud party; just stooges for the Liberal Party’s immigration agenda.

The ALA has a mysterious relationship with China, our friends at United Nationalists Australia (UNA) can reveal.

Posting on his Lindsay Facebook page, fat-cat Zionist candidate for the crucial seat of Lindsay in Western Sydney, Steve Roddick, has posted a snippet from an unidentifiable Chinese news-site. 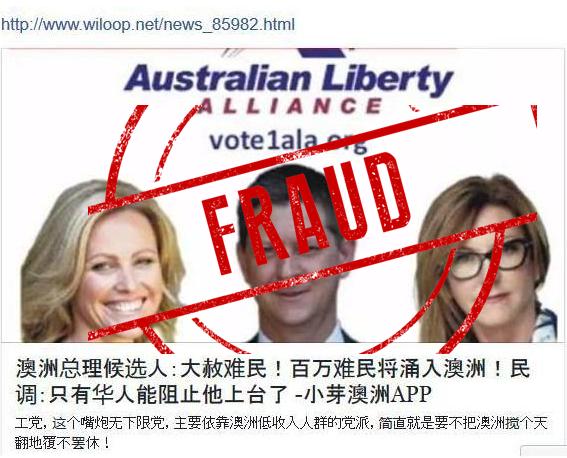 UNA writers have had a problem even pulling up the page other than by Steve’s link, which has its web address as www.wiloop.net. However, we can confirm the link is Chinese in origin, but seems to get blocked.

In a translation of what appears to be Mandarin (although it’s all Chinese to us), the news outlet commentators write, “You may not have the right to vote, but you influential! This time, Chinese crucial votes in the future decide the future of Australia.” 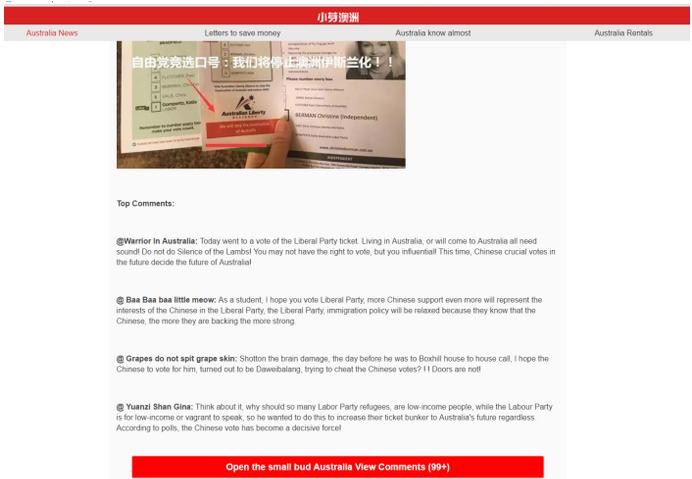 The following are Google translated comments from this mysterious Chinese news page:

“Yes, the writer is stating that Chinese will decide the future of Australia in times to come.

And yet, just like ALA and all the Ziopatriots, this Chinese news organ seems concerned with the Islamificiation of Australia as an impediment to their own interests in our nation: and the ALA has their back! Indeed, the endorsement of Australian Liberty Alliance comes via a recent story about opposition leader Bill Shorten promising permanent residency to boat people.

It writes, “Once abolished, after the refugees coming to Australia, or to directly obtain a green card.

“The world’s millions of refugees have been just around the corner, everyone is waiting for election results in Australia! Once elected Labor party, all refugees will all rush to Australia!”

There is even a curious sentence, obviously indelicately translated, that is like a road mine of irony as it reads, “Once elected Labor leader, so everything will become Days yellow.”

We shall glide over that chestnut and wonder aloud whether there is a Zionist link between all three? 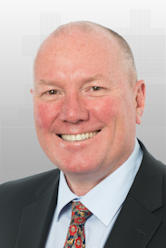 We cannot know, but we can clearly state it is the height of ‘chutzpah’ for these Chinese to be concerned with foreign invaders flocking to a country they are busily invading themselves. But it is also URGENT that Australian voters note this treasonous link between the ALA, and Chinese sources. 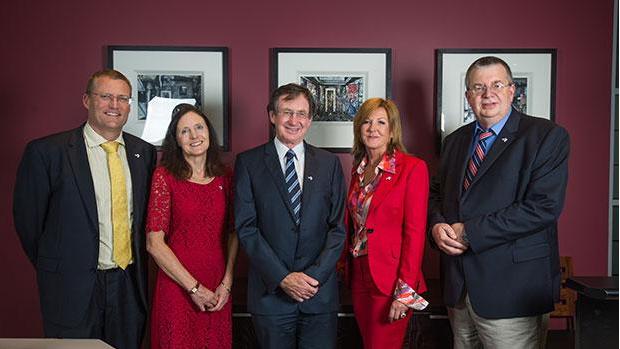 The ALA, just like Pauline Hanson and the laughable non-White Rise Up Australia Party, were key in the hijacking of the fledgling so-called Patriot movement, which rose out of social media in response to the effects of globalisation. 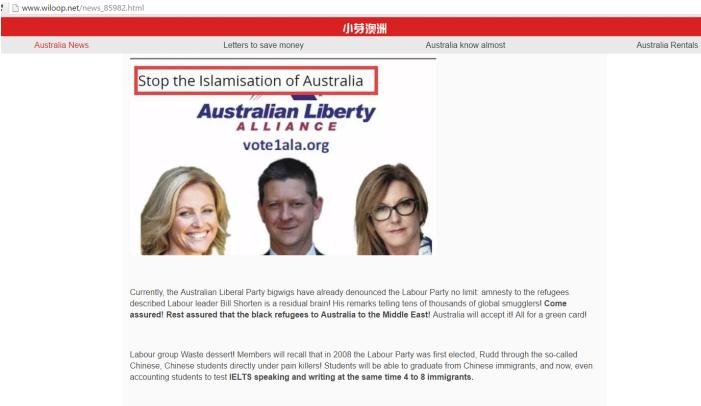 Concerned primarily with Islamic intrusion into this  nation, it was quickly co-opted by Zionist money and influence. UNA has already published from ALA and Rise Up’s own core policies that reference support for the illegal state of Israel.

But worse than that, the ALA is not only blithely unconcerned with Chinese cultural domination of Lindsay, and of course Australia, but it welcomes their support in this illusionary war against ‘Sharia Law’.

Now China has jumped on the Zionist tactical bandwagon and is mobilising its propaganda here to that particular tune, and EVERY patriot group from the ALA to the United Patriots Front is now servicing foreign interests in their activities (whether or not the UPF knows, cares, or is willing to even listen to this, UNA can report that this week its leaders confirmed their intention to follow a strictly civic patriot route).

The ALA, just like Pauline Hanson and the laughable non-White Rise Up Australia Party, were key in the hijacking of the fledgling so-called Patriot movement, which rose out of social media in response to the effects of globalisation.

Australia First Party president Dr Jim Saleam has been unwavering in his criticisms and exposure of the Chinese invasion of Western Sydney. The AFP has long exposed the ALA as a Liberal party satellite, but now it is undeniable.

The ALA has been sent to smash nationalist sentiment and co-opt it all, via mobilisation around opposition to Islam, into a fervent force to drive Australia economically and socially into foreign hands. 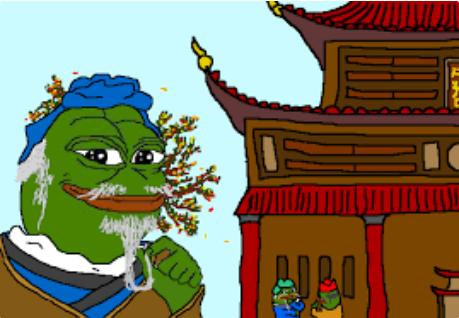 Confucius say, “A vote for ALA is a vote for Chinese control of Australia!

‘Days Yellow’ eh?  The Australian Liberty Alliance certainly isn’t Australian, isn’t about liberty, but it sure has foreign alliances.