Australia’s rare and significant heritage buildings are being sold off by foreigners to foreigners.  Lebanese muslim Ahmed Fahour, the overpaid underperforming egomaniac of Australia Post has been allowed to sell off Sydney’s much loved historic GPO building to a Chinese billionaire.

Muslims hate us.  Muzzie Ahmed has run our once proud government institution, Australia Post, into the ground, while he personally extracted an obscene $5.6 million annual salary.  It was so he can look like a big Leb man flashing around in Maseratis and Ferraris like Leb cuz Salim Mehajer.

Ahmed has no loyalty to Australia or to our built heritage.  He may have helped out in his father’s pita bread shop but in charge of Australia Post he delivered a $222 million loss last year after sacking 900 Aussies (with a further 1900 on notice), hiking postage prices and putting on dodgy refugees on 457 visas to lose and thieve parcels.

The Leb was tasked to save Australia Post.  Next joke!   This is why Ahmed’s resorted carving up and flogging off the Aussie farm – Australia Posts GPO icons, and to foreigners no less.

Lebanese scruples in business?  Cuz Salim has similarly profited by his pecuniary interests and then there was that suspicious shop insurance fire in Auburn in 2015 between Christmas and New Year.  Lebs doing da business for Lebs – mantra: what’s in it for da Leb?

Guess who appointed the foreign shit?

Gillard again, the Welsh witch who’s left such a litany of incompetent debt and socialist chaos in her wake! 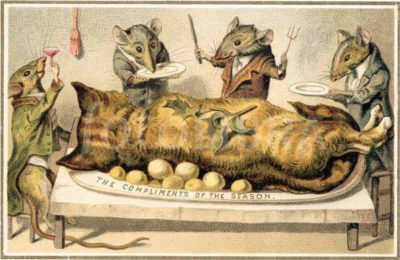 And who gave the Leb federal approval to sell Australia’s architectural heritage freehold to foreigners to mess with?

The typical treacherous Liberal Party, when ever they get into government they invariably sell off public assets not theirs to sell.  Treasurer Scott Morrison hand your head in infamy and remove that Australian flag badge from your lapel.  You are an undeserving traitor!

Sydney’s GPO is one of seven classic icons adorning the streetscapes of Australia’s capital cities, built in our colonial era over 150 years ago to great fanfare of the day. Over recent years the Liberals have had it flogged off, gutted and exploited by American Westin hotel group and  Macquarie Bank.

And Ahmed’s has flogged off Melbourne’s GPO jewel in the Bourke Street mall as well.  In fact all seven historic GPOs – those at Brisbane, Hobart, Perth, Adelaide and Canberra are also in the offer.

Ahmed’s own Leb clan mansion nestled in Melbourne’s leafy Hawthorn is also undergoing a refurb.  He’s islamifying the 1846 heritage Invergowrie Estate.  Think decadent pool, spa, fountains, islamo-arches installed, a private mosque replete with minaret.  The old gum tree’s being replaced by Lebanese cedars to line the sweeping driveway.  Leb parties will be all the rage at 21 Coppin Grove, just like at Gatsby’s.

BYO white powder, but leave your shoes at the door.

Meanwhile, the Charter Hall Group again is to develop a $235m 20-storey office tower on Adelaide’s GPO site, ripping out the colonial heritage interior in the process. South Australia’s Labor Government approved the flogging, just like it has the sale of the Tax Office for $250 million to Charter Hall.  In late 2016 Charter Hall flogged off two commercial properties for $234 million to Chinese multinationals Shimao Property (HK) and da Tong Eng Group (SG). 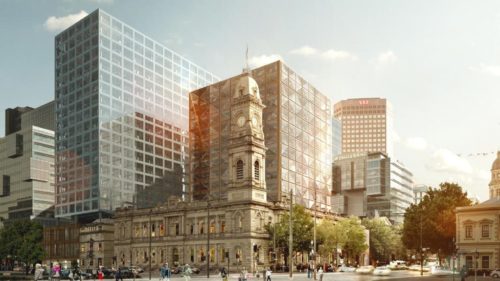 Our poor disgraced 207-year-old postal service.  Australia Post itself has been reduced to a tenant at three GPOs thanks to the Leb fire sale.

To those unaware of our proud history, Sydney’s General Post Office since 1866 has become a landmark building described as “the finest example of the Victorian Italian Renaissance Style in NSW” located in Martin Place adjacent to the sacred ANZAC Cenotaph.

Designed under the guidance of Colonial Architect James Barnet and constructed mainly from local Sydney sandstone, mined in Pyrmont, the Sydney GPO is one of the largest sandstone buildings in Sydney.  The building served as the headquarters of Australia Post from its completion until 1996 when it was illegitimately first privatised and refurbished by the Liberal Party in government at the time.

The clock tower was demolished in 1942 to reduce the visibility of the GPO in case of an air attack on Sydney. It was rebuilt in 1964.  When the clock was retrieved from storage in 1964, an “Eternity” inscription by Arthur Stace was found written in chalk inside the bell. It was left there and is now one of only two original Eternity inscriptions.

The relationship between Martin Place and the GPO reflects architect Barnet’s understanding of civic propriety and of the role of public buildings to the then Victorian concept of decorum: civic order and urban legibility.  The GPO’s sandstone arcade is integral to the public promenade space that is Martin Place and indeed, the existence of Martin Place is largely “owed to the construction of the General Post Office.”

Sydney’s GPO has been a civic focal building for the people of Sydney for generations. 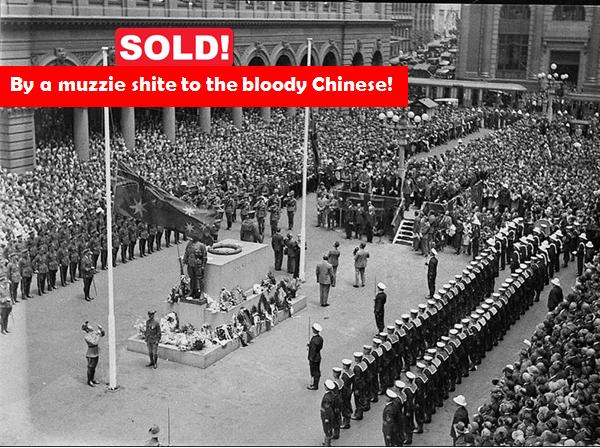 Sydney stops for “One minute’s silence” outside the GPO around the Cenotaph sacred ground in Martin Place at 11 am on 11 Nov 1934. 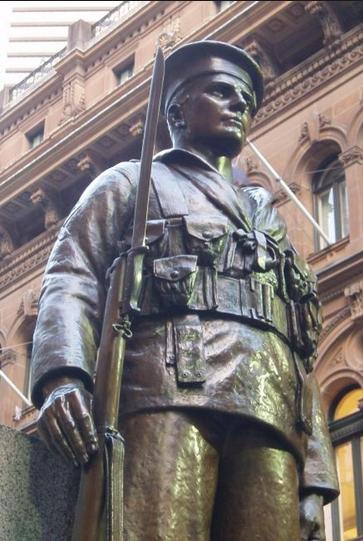 Lest we let ’em