Life jacket-free rockfishing is all the rage amongst Sydney’s middle-aged immigrant asians.

The free-spirit sport has become so ‘poprular’ that it’s a cert to read about yet another ‘noodle son’ becoming shark burley off the east coast each month.

Early this year, a Sydney coastal council came up with a bright idea to position bright red “shock” signs at rock fishing blackspots that feature scary skull and cross-bones with a death “scoreboard”.  The scheme was rolled out as part of a campaign targeting “culturally and linguistically diverse communities” – aka, dumb asians.

Onry probrem, the signs are in Engrish, with tiny chinese writing at the bottom. 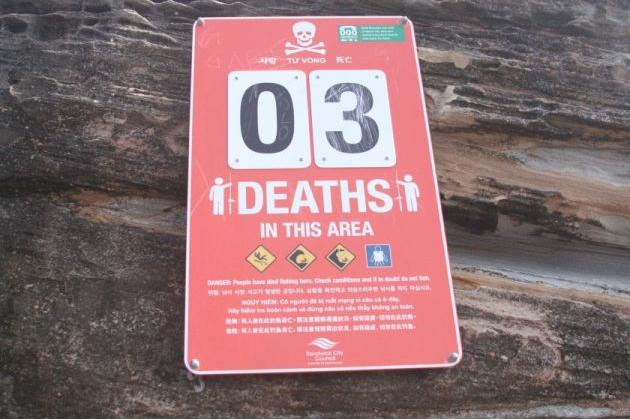 Spot tiny translations at bottom in Korean, Vietnamese and simplified and traditional Chinese.

Asians don’t follow rules anyway.  But the scoreboard idea is great. Good to keep a tally of the idiocy. In fact, cliff edge viewing platforms are also being sponsored by a few locals wishing to enjoy the spectacle with proposals for Randwick Council to provide free power to enable plug in Eskies so local folks can make a full day of it, especially on big swell days.

Let’s consider some recent background to the asian rockfishing craze.

Sydney’s eastern rock platforms from Clovelly to La Perouse have scored 17 asians in the past decade.  Like lemmings, more asians just follow their cousins – 42% of rock fishers apparently were unaware that people had died at the same spot they were fishing.

When shown a mock-up of the shock signage, 62% said they would change their behaviour after learning of the fatalities.  The rest said they would ignore the signs and free-spirit rockfish anyway. 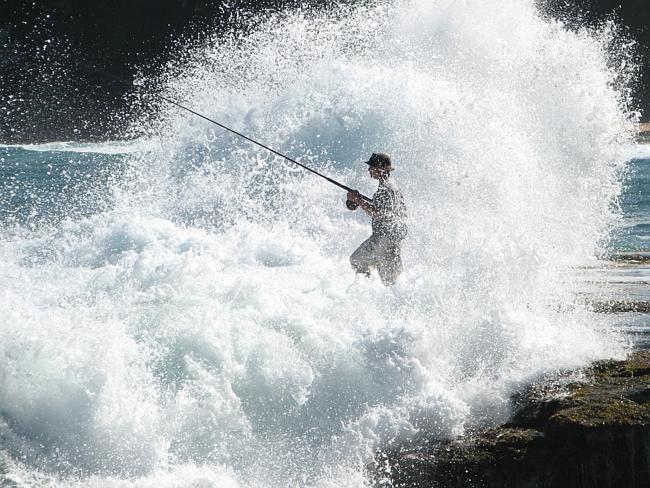 Bugger life jackets, light clothing and footwear.  Rock fishers refuse to pay $80 for a life jacket that could save their lives.

Rock fisher immigrant Zheng Wang succumbed to noodle burley after being swept into the ocean while rock fishing at Little Bay, in Malabar, in 2012, just four months after another angler immigrant Myassar Ayoub became falafel burley while fishing on the rocks at Cape Banks, in La Perouse.  Both were free-spiriting with no life jackets of course.

No great loss, except that for some reason local emergency services waste their time trying to rescue the thrill seekers, which costs about $600,000 in helicopter fees each year.  The Westpac Lifesaver Helicopter crews just put it down to a kind of ‘burley’ training.

This is a life jacket

Australia’s most stupid rockfisher’, Eddie Qi, (58), a middle-aged chinese, feels so free wading into white foam water wearing nothing but a pair of jocks; saves getting his clothes wet.

Here he is free-spirit fishing in his undies near Newcastle Baths on September 26 2016. 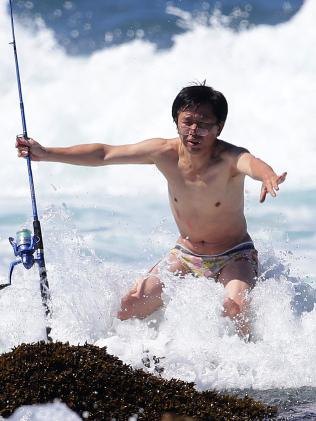 Free Eddie couldn’t believe his luck when he snagged a fish, except his line got caught on a rock, so to get fish Eddie stripped down to his smalls to keep his clothes dry and waded in.  “I took my clothes off to keep dry.” he said.  A wave washed him off his feet and he suffered some nasty cuts. But that didn’t deter him.

And Eddie was back a few weeks later and in the same spot in an almost identical misadventure, but this time he was wearing clothes — although still no life jacket.  He explained the big surf had washed some of his belongings off the rocks and he had waded in to try to retrieve them — and had been battered and bruised a second time. 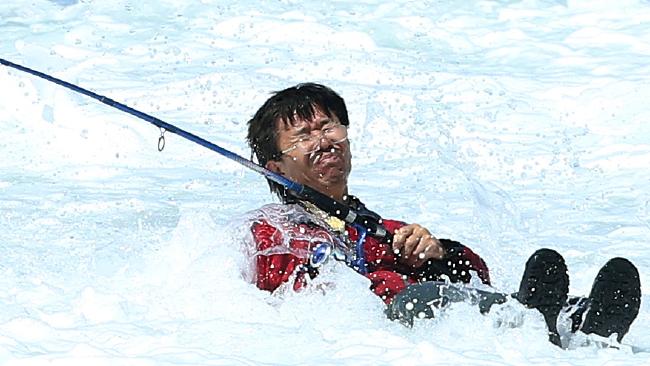 Last month, another free-spirit fisher succumbed fishing alone at dusk on a rock platform near Turners Beach at Yamba on the New South Wales far north coast.  He was not wearing a life jacket.

Last June, a middle-aged rock fisherman (53) floated around into Dolphin Bay from the southern rock shelf at Whale Beach.

Life jacket?  Nuh!  It was all a bit chewed up by the sharks Surf Life Saving NSW said.  “The body has not been identified and forensic examination will take place to determine whether it is a man who went missing in the area yesterday.”

It was an opportunity for NSW Emergency Services minister David Elliott to point out that 37 rock fishers had been killed in the past four years and only one had been wearing a life jacket.

In July 2015, another asian was lucky to survive after being swept off his feet at Shelly Beach.  Here he is, sensing a nibble: 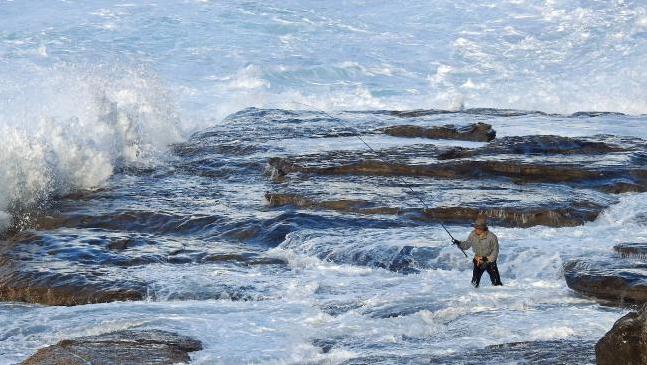 In January 2015, an asian female rock fisher (40 something) succumbed while free-spirit rock fishing in the rough conditions with two asian men at the notorious Snapper Point below Wybung Head on the NSW Central Coast.  She bobbed into shore around 7.30pm on the Saturday evening.

She followed the fatality of 25-year-old Huqing Hua and another 20-year-old Chinese student at the same spot back in April 2014.

The woman was later saved but the student’s body was never recovered – special noodle burley.

And there was the well-known coverage of 29-year-old student Qingtao Wang who go swept off the rocks at North Bondi while happily free-spirting, plus the famous five Hong Kong-Chinese nationals swallowed by the sea in one hit at Catherine Hill Bay, south of Newcastle.

And so it goes on. 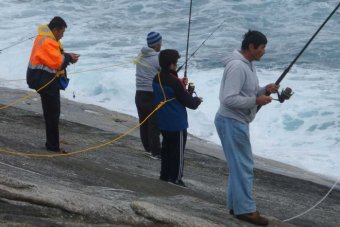 So this summer season looks to be a doozie for free-spirited asian rock fishers – perhaps one succumbing a week!

Which presents the opportunity for the growing trend towards novelty betting by online betting agencies likes, SportsBet, Crownbet, and Ladbrokes, William Hill and Betfair.  Asians luv a bet and so why not bet on their fellow cousins? 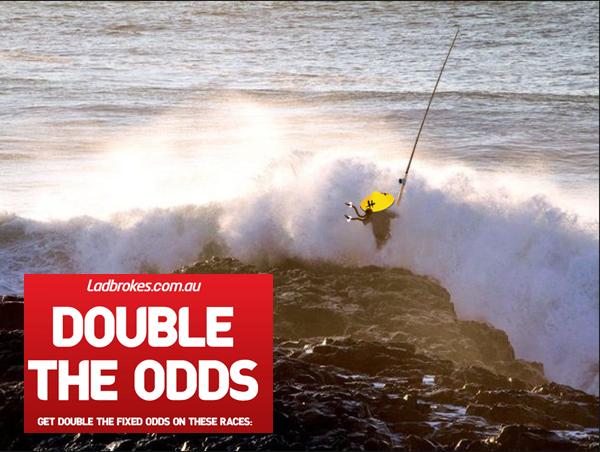 Novelty betting has moved the focus from lottos and classic sports to entertainment, politics and current affairs. So why not rock fishing deaths? 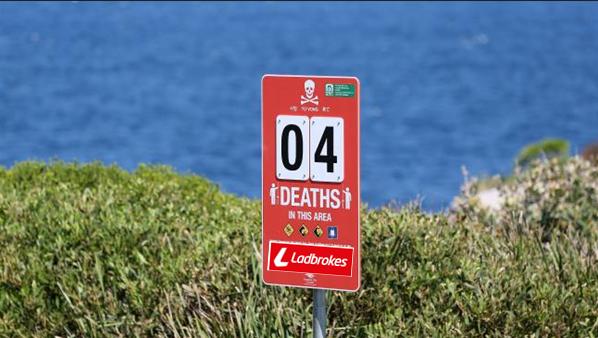 Bring on Swell Bet!  When the swell’s up, the odds are just swell. 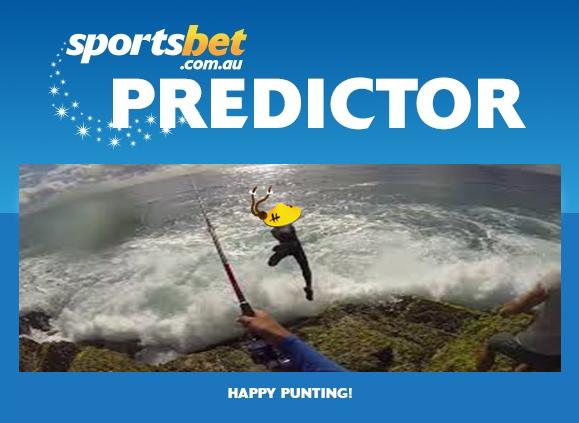