According to Sydney’s The Daily Telegraph newspaper, Sydney elitist King’s School does not just facilitate student faggotry, but bullies any parent who dares challenge its LGTBI policy. 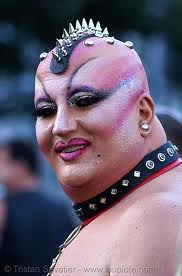 A queen at Kings, and proud!

Headmaster Dr Timothy Hawkes labelled the father of a student boy, subjected to sexual assaulted on a King’s School camp, as a “bad debtor” and ordered the father be placed in the hands of a collection agent over outstanding school fees, the Royal Commission into Institutional Responses to Child Sexual Abuse has heard.  Hawkes’ doctorate was obscurely gained in Geography in which his thesis was entitled ‘A study of factors influencing children’s ability to recognize features on black and white aerial photographs.’

Mmm.  This is a white feature and behold, that is a black feature.  So here’s ya PhD dude!

Counsel Assisting David Lloyd told the commission that Headmaster Hawkes was involved in an email exchange with the bursar of the school about $25,000 in outstanding fees from the family.

It has previously been heard that CLC was masturbated on by a faggot queen student while the boy was sleeping at a school cadet camp at the Australian Army’s Singleton Defence Force Base in April 2013, and relentlessly bullied as a result.

Singleton is an Army base not secure when it comes to ammunition smuggling.  Army Private Jeremy Williams, 20, killed himself after suffering sustained intimidation and abuse from commanding officers and trainees at the School of Infantry at the Singleton Base in 2003. He told his parents bullies had made him feel like ‘scum’. An internal army report found that a culture of denigration and harassment, especially towards injured soldiers, had existed at the school and substantially contributed to Private Williams’s death.

So what does “bad debtor” mean at deviant King’s School?  How could it be as bad as a ‘bad faggot‘ jerk-off in school cadet uniform?

It is all about Hawke’s perverted view of leadership of boys. Hawkes has form previously as Senior Boarding Master at Knox Grammar School, during which a sexual assault (by another person) on a child under his care was not reported to police.

“Blessed is the man who does not walk in the counsel of the wicked or stand in the way of sinners or sit in the seat of mockers.”

Now Kings is not a budget chalk and blackboard school.  Check the mortaging fees:  http://www.kings.edu.au/enrolments/school-fees.php

But one does question the militarist Nazi uniform, reflective of a disturbing insular culture.  And why are Aussie students in Year 12 required to fork out $55,000, yet foreign types only need fork out $34,000 (inclusive of registration and ethnic fees) ?

Mr Lloyd told the hearing that the King’s School’s bursar sent an email to Dr Hawkes advising him of outstanding fees.

The bursar also informed Dr Hawkes that CLC’s father was raising the fact his son had been “bullied, harassed and sexually assaulted”.

“You say to the bursar (in the email) that CLC’s father should not be allowed to merge the two matters of bullying and non-payment of fees?,”
Mr Lloyd said. “Correct,”

The Royal Commission into Institutional Responses to Child Sexual Abuse has heard allegations of ritual abuse at the elite The King’s School.
Dr Hawkes answered. “He is a bad debtor and failure to pay his debts should result in the usual sanctions including the boy being sent home and him being put in the hands of a collection agent.

“Do you see that?” Mr Lloyd then asked.  “Correct,” Dr Hawkes answered.

How to help a son who is being bullied

“Being patient. The School is committed to investigating a bullying allegation in a manner that protects the rights of all involved, including the bully.  This is not the School failing to take immediate action to punish someone, it is the School exercising procedural fairness. It is also important to let the School look into the matter rather than challenging the bully directly, or the parents of the bully.” 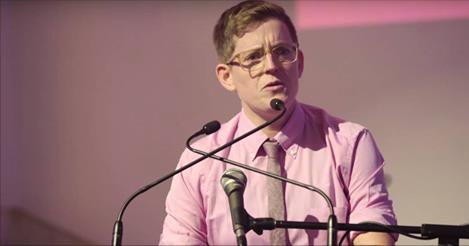 Dr Hawkes said he “could not recall” whether he was aware of the incident with the WiFi networks at the time he sent the email about the outstanding debts.

He was asked whether he was surprised that a parent would connect what they might see as a failure in that duty of care of the school with an obligation to pay the fees.

“Well, I think the thing that I found myself difficult, having difficulty in understanding, You Honour, was the sense or the allegation being made by the parents that the school had taken no action,” Dr Hawkes answered.

“And I have felt that The King’s School had taken strong and principled and immediate action when they heard of the bullying.”

Of course, this follows media reports from The King’s School of boarders engaged in “turkey slapping” and knife threats in 2014.