Abbott assumes Australians are apathetic about politics, but it’s all we’ve got. 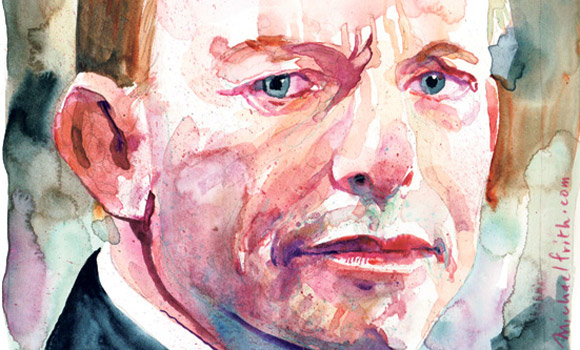 Under Abbott’s ineptitude, just like Rudd and Gillard before him, Australians are seeing our great nation going down the gurgler.

Chinese emigration is dominated by growing numbers of college students and the wealthy, and many of them are remaining in Australia for good.   Abbott visas are just the beginning.

A survey by the Shanghai research firm Hurun Report [of “Rich List” fame] hows that 64% of China’s rich—defined as those with assets of more than $1.6 million—are either emigrating or planning to.   Liberal Party immigration policy, like Labor’s, offers plenty of visa choice to get ’em in the door.

For instance, since coming to power in 2013, the Abbott Liberal Government has left Rudd Labor’s visa regime intact.  One rort is that wealthy foreigners are still encouraged to buy residency in Aus­tralia, especially the Chinese.   The Liberals have branded two scams the Significant Investor Visa and the Premium Investor Visitor Visa for foreigners with $15 million or more.

That is why so many wealthy Chinese increasingly own property across exclusive inner suburbs of Sydney, driving up the residential property prices and making housing unaffordable to ordinary Australians.  The government should publish a map of just how yellowed Sydney has in fact become.  ABC Mark Scott, there’s a Fact Check for you to do!

“Tina Ford, an Australian public servant, said she could hardly believe it when her three-bedroom apartment sold this month for A$1 million ($877,000) at an auction in which all 16 registered bidders were ethnic Chinese.” 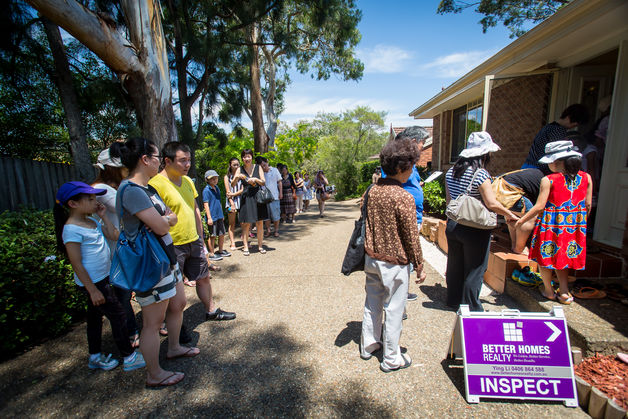 ..Such buying by locally resident Chinese and those from mainland China is inflating housing bubbles in and around Sydney, where prices in some suburbs have surged as much as 27 percent in the past year. That’s almost three times faster than the overall market.”

..Some buyers are finding themselves squeezed out. In a showroom in the nondescript suburb of Macquarie Park in October, architect Warwick Mann and his father didn’t register for the sale of one- and two-bedroom apartments listed for almost A$1 million and found themselves trying to get attention from agents busily catering to scores of Asian buyers.

“They’re not interested in selling to us,” said the younger Mann, 51, who said his retiree father, looking for a new home, lost his temper and left.

The 378 units all sold in four hours, three-quarters of them to Chinese buyers, according to real estate broker CBRE Group Inc., which marketed the development.”

So that means that Australian First home buyers who have grown up in Sydney, have no chance.  They’ll have to move to places like the NSW Central Coast, South Coast, Tweed.  These are hours from their Sydney roots and the infrastructure is non-existent.  Most of NSW government investment in roads, hospitals, schools goes to Sydney to support even more immigrants.  Once you leave the capital cities you are on your own.  Ask those in Gosford for instance.

And many of the Chinese buyers are crooks.  Beijing is trying to track down thousands of its citizens who have fled with millions in ill-gotten gains.   Even the Chinese Government sees the Liberal Party scheme as a potential ­escape route for Chinese-born corrupt officials.

Since coming to office, the Abbott Liberal government has handed out more than 600 visas under the scam, almost all to Chinese citizens.  It is Liberal Treachery enumerated.

Rudd’s Significant Investor Visa scam grants permanent residency to foreigners who invest a minimum of $5m after four years, while under the Premium Investor Visitor Visa scam this is shortened to one year.  Abbott permits and pursues Rudd’s treachery, like a smiling fraudster.

Abbott’s pro-Chinese favouritism smells like Rudd’s because Abbott is copying Rudd to restore his economic performance. 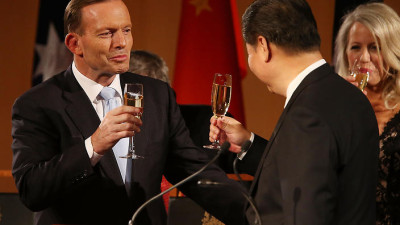 Bob Hawke has had 100 trips to China since he retired.  How many does Abbott plan?  Just as Whitlam and Fraser shared ideology, are we to bare witness to Abbott dining with Rudd?

Melbourne migration agent Grace Xie said restricting the visas to people willing to invest in certain capital-constrained sectors would “kill the program … There is huge competition from other countries’’. Ms Xie said Canada’s scheme required a much lower ­investment of $C800,000 ($838,000), while the US required $US500,000 ($615,000).

Good, let the Chinese yellow the Americas.  Aussie sellers wanting to sell to Australians are advised to Bad Feng Shui your house. 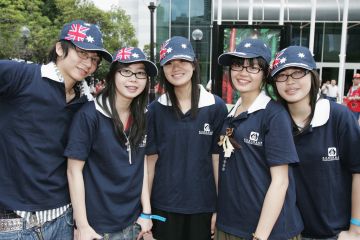 Keep Australia for Australians.  Do not lease or sell to Chinese.