Members of AFP Brisbane have shown their mateship with a long-dead Australian digger, killed on Queensland soil during the Battle of Brisbane—a bloody skirmish between Australian and Yank soldiers during the Great Patriotic War Against Japan.

“WE stand here at the gravestone of Gunner Edward Sidney Webster of the 2/2nd Anti-Tank Regiment who was killed in combat on Australian soil.

Internationalist propagandists highlighted excuses such as differences in “access to goods and services,” and “differences in pay,” conveniently shoving under the carpet the real nature of the conflict that had been brewing for some time with successive breakouts in the violent conflict leaving hundreds wounded on both sides, finally culminating in the armed Battle of Brisbane lasting 48 hours, a full day following the killing of Gunner Edward Webster.

Pvt. Grant was later court-martialled by the U.S. military authorities for manslaughter concerning the death of Webster, but was acquitted on the grounds of self-defence. The tension ran far deeper than the heavily censored reports that barely saw the light of day. Disrespect of Australian men and women and our Customs, and indeed contempt for our native laws for our national native integrity.

There was no justice for Gunner Webster, but he will be remembered here on this day. The brave stood their ground and carried on the Australian legacy of defiance to defend and protect Australia and her people to the last.

So we must fly a rebel flag,
As others did before us,

And we must sing a rebel song
And join in rebel chorus.

We’ll make the tyrants feel the sting
O’ those that they would throttle;

They needn’t say the fault is ours
If blood should stain the wattle!” 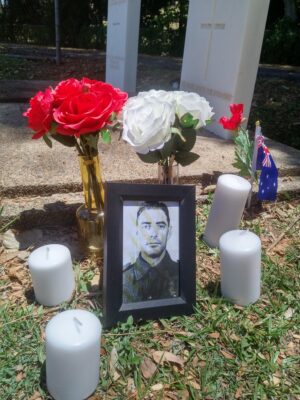 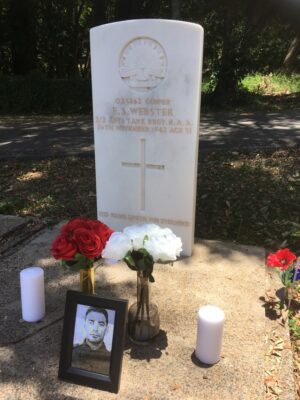