A special screening of the film Political Outlaw, a documentary of Jim Saleam, will be held on Australia Day at Australia First’s Tempe headquarters, ahead of a general social media release. This is a one-and-only film, which not only exposes the duplicity of the state, its Antifa hit squad, and the liars on the conservative far-right, but it is filled with gems of nationalist theory and philosophy. A must-see for all genuine nationalists. Even if I do say so myself. 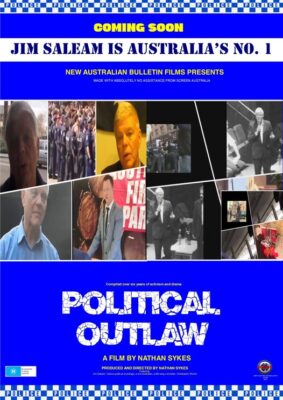