I will write several bites over the coming period dealing with the 2019 Christchurch mosques attacks.

I start with ‘excitative terror’ and I invoke an unlikely authority – Lenin. He was the architect of mass violence but what he had to say about individual (including small cell) terrorism is significant. In the extract below, he argues with a rival political party – on two relevant grounds. He says the terrorism tactic is totally wrong and he says they have the wrong ideology anyway, but he sees they have moved onto territory his communists would occupy. We might say after yesterday most poignantly that the tactic is wrong too and further, that these ‘white jihadis’ have the wrong ideology, but they creep onto some of our political territory (which I will discuss later) and just do not belong there. Note Lenin writes for his own cause so read between the lines where that becomes tedious!

” (Our rivals do not repudiate) …. the theory of excitative terrorism. “Each time a hero engages in single combat, this arouses in us all a spirit of struggle and courage,” we are told.

But we know from the past and see in the present that only new forms of the mass movement or the awakening of new sections of the masses to independent struggle really rouses a spirit of struggle and courage in all. Single combat however, inasmuch as it remains single combat waged by the Balmashovs, has the immediate effect of simply creating a short-lived sensation, while indirectly it even leads to apathy and passive waiting for the next bout.

We are further assured that “every flash of terrorism lights up the mind,” which, unfortunately, we have not noticed to be the case with the terrorism-preaching party of the Socialist-Revolutionaries.

We are presented with the theory of big work and petty work. “Let not those who have greater strength, greater opportunities and resolution rest content with petty [!] work; let them find and devote themselves to a big cause—the propaganda of terrorism among the masses [!l, the preparation of the intricate… [the theory of elusiveness is already forgotten!]… terrorist ventures.”

How amazingly clever this is in all truth: to sacrifice the Life of a revolutionary for the sake of wreaking vengeance on the scoundrel Sipyagin, who is then replaced by the scoundrel Plehve—that is big work. But to prepare, for instance, the masses for an armed demonstration—that is petty work. 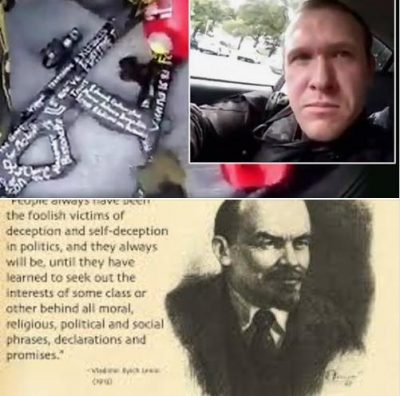 This very point is explained in No. 8 of Revolutsionnaya Rossiya, which declares that “it is easy to write and speak” of armed demonstrations “as a matter of the vague and distant future,” “but up till now all this talk has been merely of a theoretical nature.”

How well we know this Language of people who are free of the constraint of firm socialist convictions, of the burdensome experience of each and every kind of popular movement! They confuse immediately tangible and sensational results with practicalness. To them the demand to adhere steadfastly to the class standpoint and to maintain the mass nature of the movement is “vague” “theorising.”

In their eyes definitiveness is slavish compliance with every turn of sentiment and … and, by reason of this compliance, inevitable helplessness at each turn.  Demonstrations begin— and blood thirsty words, talk about the beginning of the end, flow from the lips of such people. The demonstrations halt— their hands drop helplessly, and before they have had time to wear out a pair of boots they are already shouting: “The people, alas, are still a long way off….” Some new outrage is perpetrated by the tsar’s henchmen—and they demand to be shown a “definite” measure that would serve as an exhaustive reply to that particular outrage, a measure that would bring about an immediate “transference of strength,” and they proudly promise this transference!

These people do not understand that this very promise to “transfer” strength constitutes political adventurism, and that their adventurism stems from their lack of principle.”