The Islamic teen was shown arrested in Parramatta and Police Commissioner Andrew Scipione had addressed the media explaining that the Facebook caption had read “Bahahja f*** you motherf***er Yallah merryland police station is next hope they all burn in hell.”  A friend responded, “then Campsie”. 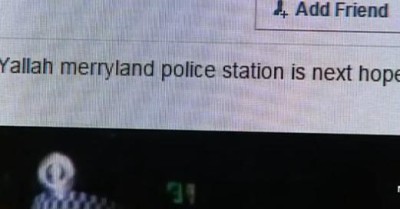 That was two months ago! 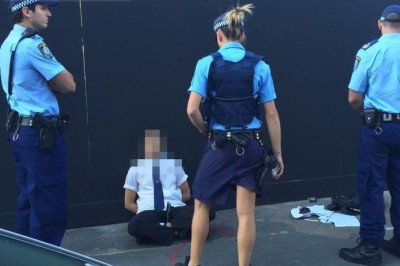 At the time, the student told the ABC that police had taken offence to him videoing them on his mobile phone.

Then they released him without charge later that day.  He was then re-arrested a week later and charged with possessing a firearm and breaching a firearms prohibition order – being an Islamist he was not allowed to own a firearm. 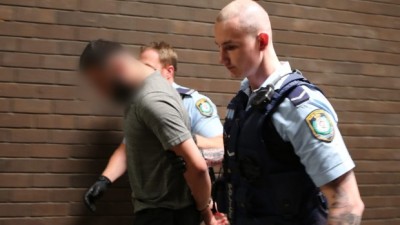 Islamic associate Raban Alou, (18) was arrested for supplying the firearm that schoolboy killer Farhad Jabar used to shoot police accountant Curtis Cheng in the back of the head.  Alou has been charged with aiding, abetting, counselling and procuring the commission of a terrorist act. 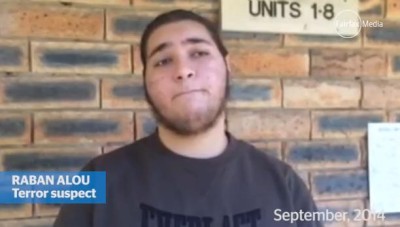 Almost two months later, around breakfast time this morning NSW Police’s Middle Eastern Organised Crime Squad raided two known Islamic properties in Merrylands to follow up this threat to attack Merrylands police station. One house was of Talal Alameddine on Lockwood Street and the second was that of Osman Haouchar in nearby Blackwood Road. 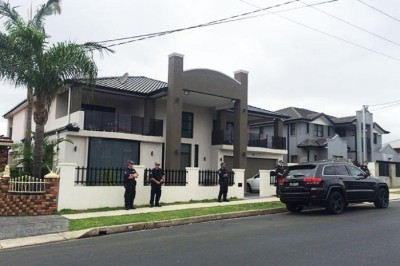 Haouchar is a known Islamic who has returned from a stint in Turkey and Syria.

Better late than never.  Glad we have NSW Police ‘intelligence’ to protect Sydney in the lead up to Christmas, not.

Again, police said “nothing of interest was located” during the searches, and no charges have been laid, again.

Commissioner Scipione has stressed there was no ongoing threat to the surrounding community.  “My message to the people of NSW is they are safe, there is no threat that we are dealing with that at this stage we haven’t resolved here.”

Crap.  Commissioner Scipione is responsible for the command strategy dealing with the Lindt Cafe Siege who ordered the police snipers not to shoot the terrorist Man Haron Monis. Two innocents Tory Johnson and Katrina Dawson died sixteen hours after the siege began.