News Ltd media last Sunday reported that Bates wants to remove the Scout Promise for its 70,000 Australian members and their supporting families. 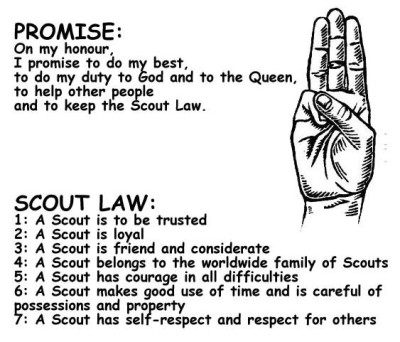 Remove this, and you may as well wind up the Scout Movement

Chris Bates wants to remove all reference to God, Queen and Australia in the pledge of a Scout.

Chris Bates got the lead gig at the start of this year and now wants to destroy Lord Baden-Powell’s unique and proud Anglo-Saxon traditions rooted in Christian values, self-worth, mateship, civic duty and pride. 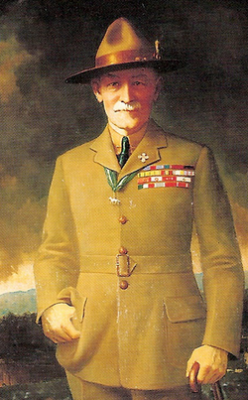 Baden-Powell was ahead of his time

Some say Chris Bates wants to build numbers and attract Muslims.  So Bates justifies his removal of God as being more inclusive of minority pressure groups who shun Christian values?  If non-Christians feel “uncomfortable” with references to God, they should not consider their son joining the Scouting Movement.   “Non Christian”?  Is this code for Islamics? Would that be a bad thing?

Get suspicious any time you hear or read the phrase “more inclusive”.  Don’t join a church and then say you’re not Christian. 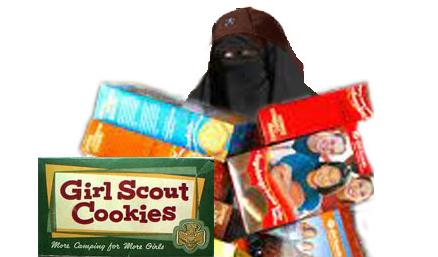 Bates also is sabotaging Lord Baden-Powell British tradition of the Scouting Movement. As a closet political Republican, Bates is demanding all Scouts compulsorily abandon all reference in the Scout’s Promise to the “Queen of Australia”.   So Bates hates the Queen as well!  The Queen is Australia’s Head of State, not a monarchical ruler.  Swearing allegiance to The Queen means committing dutiful allegiance to Australia’s Constitution and commitment to the rule of law.  No wonder the ‘muzzies’ want all that changed.  Do they want “Allah” inserted?  Probably.

In Sydney’s full-blown Islamic west, the Islamics are already preparing to invade the Scouting Movement. 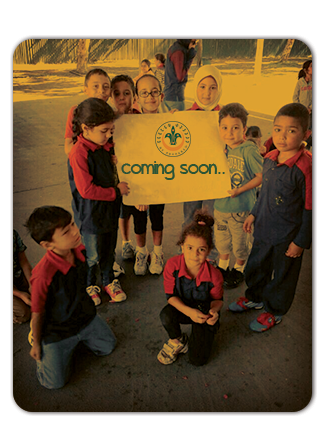 Batesy is sure to appease and oblige.

Chris Bates wants to strike out the Scouting pledge to “doing my duty to Australia”.  Why don’t we just hand over the keys?

Removing the word Australia does not make us more “global”, it strips away our identity. Now more than ever before, our youth need to be encouraged to be patriotic, no matter whether you are atheist or religious. To stand up for the values of our country, to have pride in our country.

With government schools towing the political correct line, whereas are today’s children instilled with the sense of civic duty that their grandparents had in spades?  So many contemporary teachings these days focus on the material and pursuing one’s private interest ahead of the public good. 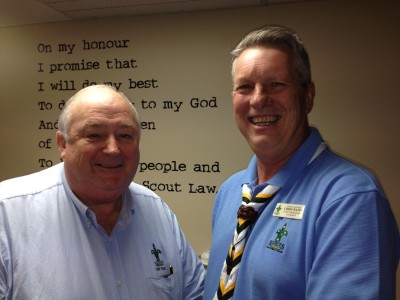 Chris Bates (right) is a traitor to the Scouting Movement, and indeed to Australian values

Chris Bates even wants to axe all references to being “cheerful” and “thrifty” to somehow ‘modernise’ the Scouts’ traditional promise.  Perhaps he would prefer “hateful” and “wasteful”.  Is he to ban the motto “do your best” and supplant it with “do what is politically correct”?   So what are Bates’ real motives?  Bates is part of the youth exodus problem afflicting Christianity.  So to what faith would Bates have them flock to?  Atheism?

Schools these days are shunning faith, except if you’re devoutly Islamic.

Bates has given Scouting families an ultimatum in one month (end of December 2015) to complete a survey on the new wording of the movement’s new “law and promise” that is to then be compulsorily recited by members from mid-2016.  The bloke sounds like he’s a globalist totalitarian Lefty or even a raving anarchist.  Who appointed him to head Scouts Australia?  Bates’ values are clearly at odds not only with the proud traditions of the Scouting Movement, but with Australian values.

Bates should tender his resignation immediately for treachery against the ideals of the Scouts Movement.  If he wants to pursue his own warped muticultist anti-Australia agenda, he can set up his own youth cult.  It’s called ISIS.  Northern Syria would be a good place for Bates.  Try going to a muslim country to change their ‘values’. Your head will be rolling on the ground before you even opening your mouth.

As for civil duty, one could count the number of volunteer muzzies doing community service in Australia for the general community with the fingers of one hand.  So why are they allowed to dictate their terms here and we bend over backwards to accommodate the likes of Bates.

This presents a cultural slippery slope for the Scouts.  Many proud Scouting families must be considering withdrawing their impressionable children and teens from such proposed moral corruption and radicalization of the movement.

Next traditions to be axed are:

By whose grace thy servants are enabled to fight

The good fight of faith and ever prove victorious;

We humbly beseech thee so to inspire us

That we may yield our hearts to thine obedience

And exercise our wills on thy behalf.

Help us to think wisely,

Bless us in body and soul

And make us a blessing to our comrades.

Whether at home or abroad

May we ever seek the extension of thy kingdom.

Let the assurance of thy presence

Save us from sinning,

Strengthen us in life and comfort us in death. 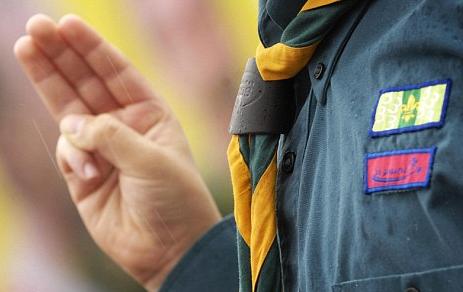 But we suspect Bates is a cultural saboteur with closet extreme political views.  We suspect he has plans to acknowledge Sharia Law and to do away with camping and Jamborees too, simply because some minority anti-Australians are somehow offended.

In 2012, the Australian Girl Guides numbering some 28,000, had similar forced corruption imposed upon their noble civic tradition.  They were instructed to abandon honouring and serving God and Queen in their Guiding Promise and Guide Law.  They pulled down the Queen’s photograph in Guide Halls and were instructed “to move on.”

Chris Bates is a dangerous man in a position of cultural leadership over Australia’s youth. Scouts Australia, under Mufti Bates risks being corroded and corrupted to no more than an anti-Australian radicalized cult for impressionable boys.

Since 1997 in Sydney’s Bankstown, the Imam al-Mahdi Scouts were registered with NSW Department of Fair Trading as ‘anAl-Mahdi Scouts Logo Incorporated Association‘ (Reg. No.: Y2677446) established, sponsored and organized by Hezbollah in Lebanon.

They are like any other scouts but their motto isn’t to ‘Be Ready’ but to ‘Obey’ and they are to kill Infidels instead of helping old ladies across the street, like The Queen. 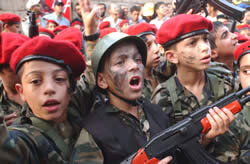 Bankstown Scouts on an ‘overseas camp’

Baden-Powell will be turning in his grave, we DO NOT need to be politically correct, if this organisation does not meet your needs, Lefty Bates YOU move on! 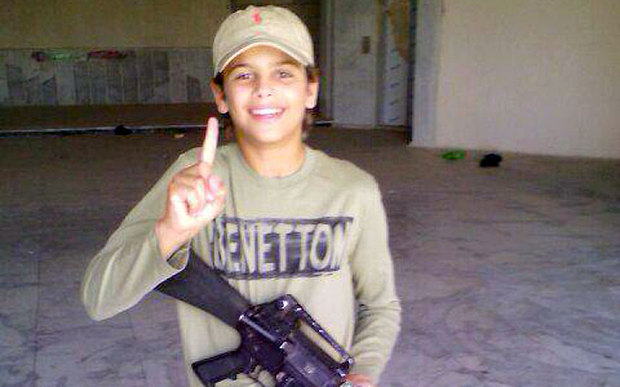 Three finger salute to be replaced by one.  Chris Bates’ slippery slope of Scout corruption