That London has a demography of 44% ethnics and over a million muslims and now less that half the residents are White says everything.

So who sounds like the true Ordinary Londoner? The enemy is inside the city wall.  It can only be a victory in the Islamic Invasion War against the Civilized West – more muslim refugees demanding more mosques with minarets and then call to prayer across London 24/7, widespread Sharia Law (it is already there), public beheadings, more burqas, more FGM, then a crack down on Christianity and secularism, starting with female segregation, and leading to radicalised Islamic no-go ghettos like jihadi breeding Molenbeek in Brussels.

It is shambolic for Ordinary Londoners.

The Left has aided and abetted Sadiq Khan’s takeover.  He is one of those career politicians – another lawyer plonked into a safe Leftist Labour seat of Tooting a Third World ghetto in South London so full of Left voting Third World immigrants demanding welfare.  Worse; Sadiq Khan is a human rights lawyer, so the Third World refugee influx is about to hit London.  The Illegals in Calais must be cheering, especially the Pakis. 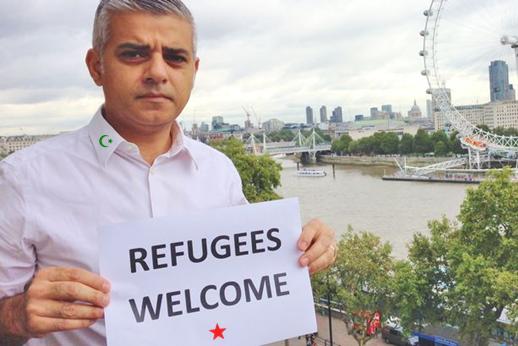 London is in danger of Islamisation

Sadiq Khan is where Islam meets the Left.  He claims he supports social deviance, more welfare for the Third World migrants.  He’s hoodwinked mainstream Londoners into voting for him by claiming he’s going to crack down on extremism, yet Sadiq Khan has extreme Islamic connections, as if all Islam is not extreme? 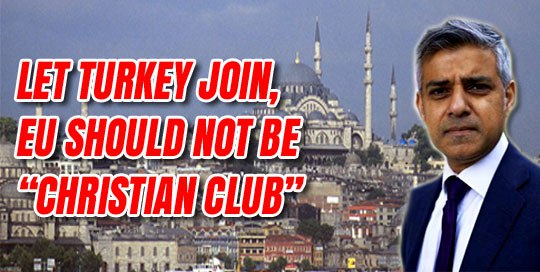 Khan’s brother-in-law Makbool Javaid has been affiliated and listed as a spokesman to the now banned terrorist group al-Muhajiroun, founded by the hate preacher Omar Bakri Muhammad, and then led by the infamous fanatic Anjem Choudary, affiliated with extremist organization, Hizb ut-Tahrir.

In 2003, Khan appeared at a conference alongside Sajeel Abu Ibrahim, a member of that same banned al-Muhajiroun.  Sajeel ran a camp in Pakistan that trained the 2005 London 7/7 Bombing suicide jihadi Mohammad Sidique Khan. 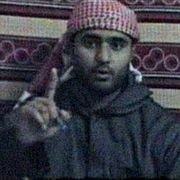 Speaking there, too, was one Yasser al-Siri, who had been convicted in Egypt over a political assassination attempt that left a young girl dead.

In his MCB capacity, Khan argued in Parliament that the Muslim Brotherhood cleric Dr. Yusuf Al-Qaradawi “is not the extremist that he is painted as being.”   Infamously, Qaradawi issued a fatwa advocating suicide bombings against Israeli civilians, a view which has seen him join the likes of Omar Bakri Muhammad in being denied entry to the U.K.

Khan’s relationships with extremists ran so deep in fact, that he attended events for the jihadist rights group Cage, and wrote a foreword for one of their reports. Cage has since declared ISIS executioner ‘Jihadi-John’ to be a beautiful man live on the BBC.