So a few weekends back, August 9-11 in 2019, the Liberal hosted The American Conservative Union’s so-called Conservative Political Action Conference (CPAC) in Sydney, just to rub in the Greens-Labor’s national election loss and piss off their militant support base – Trades Hall and GetUp.

This nest of snakes is not any representative of nationalism, nor could it ever be.  Together with the former Prime Minister Tony Abbott, the Brexit campaigner Nigel Farage and the former Breitbart editor Raheem Kassam, are the One Nation MP Mark Latham, Liberal Ross Cameron and Janet Albrechtsen. The meeting had the support of the globalist ‘Institute for Public Affairs’.

This rabble wants to mobilize patriotic people behind the new conservative Morrison government for a ‘tough challenge’ to China and for freedom, enterprise and liberty.

Founded by the American Conservative Union (ACU), the CPAC conference has been running in the US since 1974, when former US president Ronald Reagan gave the inaugural keynote speech.

Always remember that it was Reagan and Margaret Thatcher who funded and armed Osama bin Laden in Afghanistan, thereby creating global terrorism via ‘blowback’.

Always remember that it was the dark forces that control the American state (the Trilateral Commission, the Council On Foreign Relations and ‘The Bildergergers’), who created modern China when thy industrialized it after 1976 and supported it in every other way to ‘modernize’ when they were busy challenging the old Soviet Union.

How about we create an independent nationalist politics? Indeed and that is why the conservatives make various noises – to make sure available people drift elsewhere.

Conservatism in practice is just an arm of the current traitor class regime that sells our countries assets and resources to the New World Order economy and to China too – for profit.

The purpose of the right-wing conservative conference was to preach conservative flavour of globalism to the converted – what they termed “galvanising the right wing of Australian politics” – former Liberal PM Tony Abbott, and Liberal Party’s Hanson faction Mark Latham.

Tickets for the three-day event ranged from a ‘Menzies 3-Day Pass for $149’ to an ‘Iron Lady General Pass’ for $349, to an exclusive ‘Reagan VIP Pass’ setting patrons back $599 which included access to the speakers room and V.I.P. liquid luncheons.

Meanwhile, on the leftist side of globalism, Labor foreign Senator Kristina Keneally, came out against the conference condemning the conference “talkfest of hate” and for it to be banned and for the visa of the invited British conservative activist Raheem Kassam be cancelled due to his “extensive history of vilifying people” on racial and religious grounds. 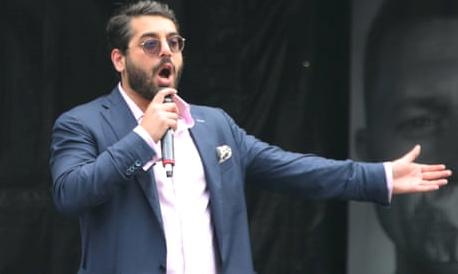 Actually Kassan is a Tanzanian muslim

Lefties are so intolerant of views they disagree with.

But in so hissy-itting, Kristina (I’m no-one’s girl) Keneally’s condemnation backfired.  All she managed to do was to otherwise publicise an elitist event that few knew about, such that it became a sell-out with mainstream publicity. 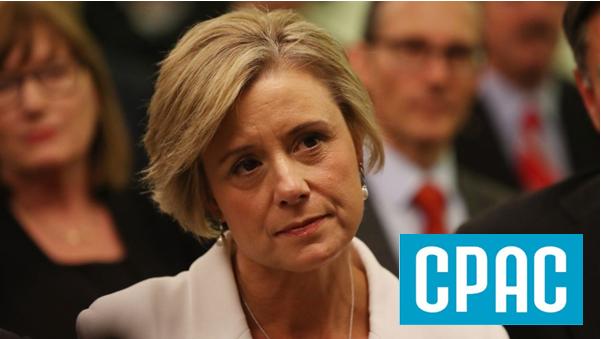 The Libs have awarded Keneally the inaugural Conservative Political Action Conference Freedom Award for the “greatest effort” in promoting the 2019 event.   Liberal MP Craig Kelly told Sky News “the organisers have decided, from here on in, that this will be known as the Keneally Cup” as he held up the torso-sized trophy. 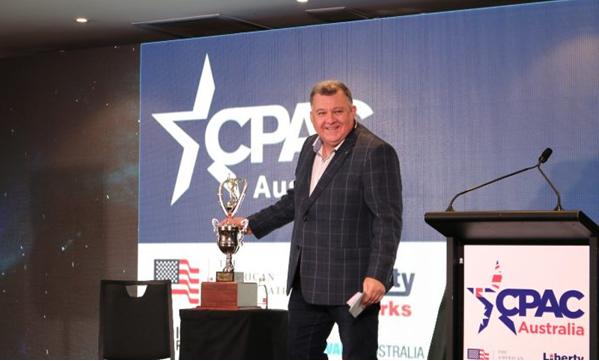 Recall Keneally when NSW Minister for Disability Services in New South Wales in July 2008, splurged more than $150 million of taxpayers wealth on in Sydney to host her own elitist event, Catholic World Youth Day.  Keneally is a practicing Catholic see!  How was that indulgence relevant to her disability portfolio?

Quite simply, it wasn’t.

Yet some 800,000 Catholic pilgrims were invited by munster Keneally to Randwick Racecourse, sidelining racegoers and were served up lamb with red currants and rosemary, beef stroganoff or pork goulash – but not supplied from New South Wales providors, but trucked in all the way from interstate Melbourne.

What a hypocrite!  Actually, we wrote about her globalist indulgence back in 2017.

When in power, look after ya own LibLabs?  Absolute power corrupts absolutely.