Why would anyone with a name like Hamid Ranjbarian (his real name) who’s obviously ethnic and a muzzie, be let into Australia, let alone to become a fake Australian?

The Iranian fake refugee reckoned in 2013 that he fled to Australia to escape persecution in Iran.  He probably meant to flee Iranian authorities because he committed crimes there.  Didn’t the Islamic terrorist Man Haron Monis do the same in 1996?  Monis had been wanted by the Iranian authorities for fraud.  He arrived in Australia on a business visa, before claiming asylum as a fake refugee.  Immigration doesn’t learn and doesn’t care.

So globalist CGU Insurance (owned by Aviva and headquartered in the UK) in 2018 paid Ranjbarian to star in some twisted propaganda commercial to share his plight and success in starting the good life down under. Hamid Ranjbarian runs a ‘progressive’ painting business as a front.  CGU’s motivation is to appeal to the ethnic demographic of cash-only small business owners to take out CGU insurance.

The company wrote alongside its ethnic insurance campaign:

“CGU celebrates and supports all Australian small businesses and in our latest campaign, we celebrate the amazing contribution migrant small business owners make to Australia.“ 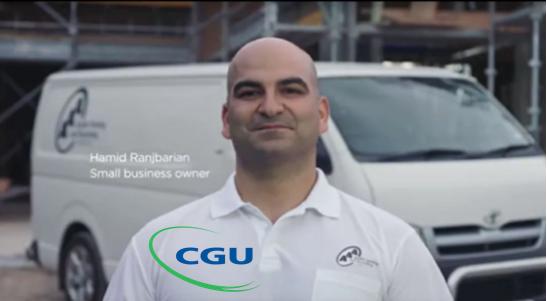 At the time, Hamid Ranjbarian (37), squatting in Sydney, was plotting to smuggle more than 40kg of methamphetamine (ICE) into Australia by way of Asia and the Middle East into Sydney worth $36 million.

On February 20, 2019 Ranjbarian was arrested for drug importation by Strike Force Decry at his home in North Parramatta and denied bail. His compatriot fake refugee, Saeed Bakhtiyari (27) (his real name) was also arrested from Wentworth Point in Sydney’s west.

Ranjbarian is the same ethnic who reckons he:

“wants to give back to Australia by employing people (fake refugees from Iran only), growing my business and paying my taxes, because it has given my family a new life. ‘I chose to move to Australia because it is a land of freedom and opportunity.  ‘I have had so much support in Australia. Lots of people have helped me get my business up and running and I have never felt like I am in another country, I feel like I am in my country.   I now employ fifteen people (Iranians) and have many painting projects (ICE deals) coming up, which means I might be able to hire more painters too.”

Yeah all fifteen are part of his ICE importation syndicate.

Some contribution to Australia.   So he was repaying his generous Australian hosts by poisoning millions of them? 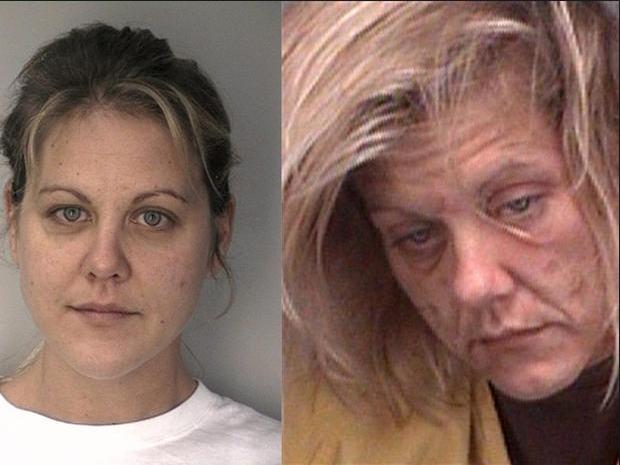 This is clearly his means of establishing a better life for himself in Australia.  Progressive alright.    Indeed, he wanted to give back to Australia the ravages of this deadly chemical and all the social decay that comes with it: that’s his ‘thanks’. He is about as grateful as all the entitled asylum seekers who hustle their way into our country.

What’s the bet he had no background checks done by Immigration because he was one of the anonymous fake refugees who through his passport and identify papers overboard on the people smuggler boat?    What’s the bet they let him into Australia anyway?   Or what’s the bet   corrupt anti-Australian Tribunal (AAT) overturned Immigration’s decision to deny him an humanitarian visa.  AAT needs to held to account for the filth they consort with and pardon into our country.

Deport the bastard and his muzzie ilk

Small business was not what this Arab border-crasher had in mind.  He was eyeing off business on a much grander scale. The only problem was, as is typical with many who are foisted upon Australia as refugees, his business of choice was the importation of the devastating drug Ice, which is ruining Australian lives on an epidemic scale.

Hamid Ranjbarain featured as the star of a 2018 CGU Insurance ad in which he laid on viewers his tear-jerker tale about fleeing the oppression of his homeland to come to Australia and receive free stuff and health care.   He detailed how when he’d got all the freebies that he needed he started a painting business which probably hired illegals and paid them in paint stains on their overalls.

CGU, which looked like a pack of c***s for using ‘diversity’ to sell their rip-off insurance, now look like even bigger wallies after boasting, “CGU celebrates and supports all Australian small businesses and in our latest campaign we celebrate the amazing contribution migrant small business owners make to Australia.”

Ho ho ho, for CGU. Yes, he is truly a refugee success story — successful in the sense that he proves the nationalist case against allowing these refugees to contaminate our society, which is already beaten out of all recognition by the globalists. 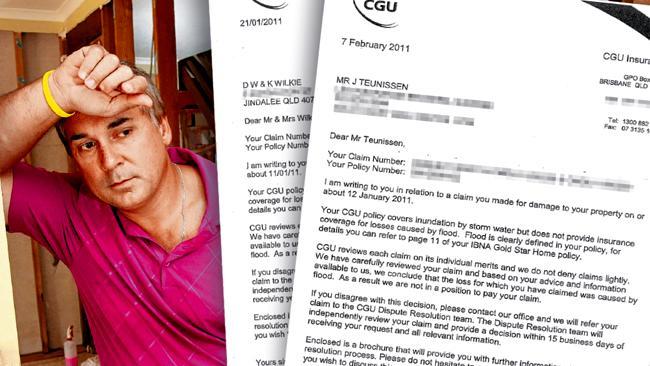 In 2011, a flood victim in Figtree New South Wales was “absolutely gutted” after receiving a CGU Insurance email that “settled” his claim for a total of $0.00.

In an email where CGU also said it was “improving your claims experience”, Jeff Teunissen learnt he’d be getting nothing because his Gold Star policy covered only storm water inundation, not flood.

CGU previously asked him five questions and rejected him over the phone – then sent an official rejection letter. There was no assessment.

And it appears the personalised letter he received was a form letter sent to other rejected clients.

“It’s very, very disappointing, mind-blowingly so,” he said. “I can understand where they are coming from but still, you’re talking about families and people. It was very cold.”

Mr Teunissen, a furniture consultant and longtime businessman who has paid CGU $4000 in premiums through a broker without a previous claim, said insurers playing hardball would be losing business to competitors in the long-term.

“Business is all about … keeping customers happy. I think there is a lot of really short-term thinking,” he said.

“We conclude that the loss for which you have claimed was caused by flood. As a result we are not in a position to pay,” he wrote.

Mr Teunissen said he would rebuild using a bank loan, which would impact his family’s finances.