Thanks to the Foreign Labor Party’s policies of open door immigration, multiculturalism, ethnic ghetto concentration and corrupt immigration officials, Sydney has amassed a population of 170,000 muslims!

Sydney Muslims are getting worse.

Now with their numbers they are demanding special rights and that the rest of Australia accommodate them as a minority.  It is so that they can become the majority, then introduce Sharia Law, forced marriages, legalise female genital mutilation, enforce compulsory nijab for all women, ban girls and women from education, build more mosques and commit unlimited drive-by shootings under arab luving One Ball Bazza O’Farrell.

And so we have Grand Mufti of Australia, Ibrahim Abu Mohamed, this week calling for more mosques to be built in Sydney and around Australia.  His reasoning?  To stop young Muslims becoming radicalised and using backyard prayer halls where self-styled imams are teaching extreme Islam. 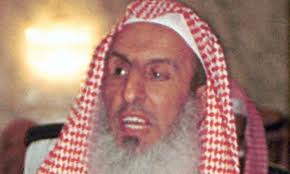 As if more mosques will curb extreme Islam.  They will only encourage it.

Mohamed claims that there are not enough mosques to cater to the needs of the growing muslim population in urban Australia, especially Sydney. That is why Sydney gets the Muslim riots like last September 2012.

Last month at the Auburn Gallipoli Mosque, mourners at the funeral of Erdinc Ozen, a former policeman, were refused entry to pay their respects simply because they were not muslim.

Islam is anti-Christian and so anti-Australian.  It is not a faith that embraces other faiths. Islam actively preaches the global expansion of this extreme backward religion.  It frequently involves its radical followers resort to violence and terrorism, just like in London last week with the hacking terrorism of an British soldier on a London street.

Western societies around the world are paying a high social cost for allowing muslims infiltrate their cities.  Western social standards need defending not undermining. Australia does not need more mosques.  Mosques across Australia need to be nationally banned forthwith and bulldozed to send a clear message that Muslims and their barbaric Islamic teachings are not welcome in Australia.

News for Mohamed is that the only good mosque is a bulldozed one. 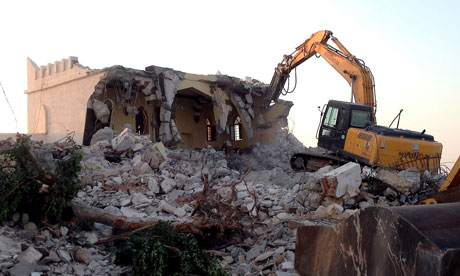