But given the years of aligned Labor Party comrade trips to China is it any wonder?  Comrade Gillard only frolicked up to Beijing just last month with her 85-time China visitor and mentor former Labor PM Bob Hawke on his polly Gold Card.  Hawkie, like Gough, must have nudge-wink comrade deals in his familiar Beijing haunt or what? 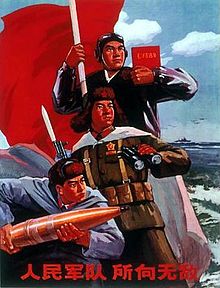 So during Gillard’s secret talks, did Chinese Premier Li Keqiang request “friendly” hacking to Gillard over official wonton soup?   Woman through the flames…seems our nightmares have just begun!

Did Gillard agree to this hacking just to appease Xi and retain diplomatic table etiquette, or to ensure passage for her planned future after September 14?

No Emilys in China Julia; your cultural shock awaits.

Australia’s lead investigative television journalism programme, ABC Four Corners, alleges that not only plans to the under-construction ASIO building were stolen, but also details of the communications cabling, server locations, floor plans and security systems.   A hit was made on a site contractor’s systems and traced to a server in China.  So Beijing has got the lot.

One of Australia’s leading cyber analysts, Des Ball, told Four Corners that if ASIO’s blueprints had been stolen it could mean having to gut the building and start again.

Gillard, you are Australia’s greatest prime ministerial fool, or are your loyalties offshore?

In March, the Chinese Government hacked into the Reserve Bank of Australia.  Reserve Bank officials revealed the central bank was infiltrated by a malicious Chinese-developed program seeking intelligence on sensitive G20 negotiations. Multiple computers were compromised. The Reserve Bank said it had “no evidence” information was stolen, but did not deny the incident was classified.

Even computers at Australia’s Nuclear Science and Technology Organisation have been infected by Chinese malicious software dating back to 2008.

And all Australia’s Foreign Minister Bob Carr can say is that Australia’s strategic relationship with Beijing would not be jeopardised.  “It’s got absolutely no implications for our strategic partnership.” 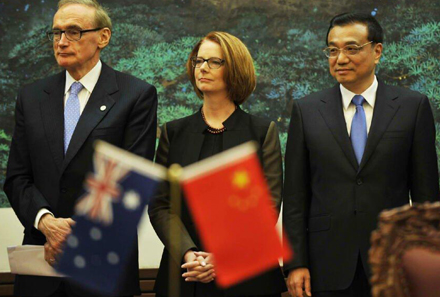 And the wheels rolls on…. rolls on.

Clearly Carr’s national integrity is shot by laughing off direct cyber infiltration of Australia’s core intelligence service.  But as a wily politician is he not shielding from accountability the incompetent Emily’s List appointee by feminists-only Gillard, one Margot McCarthy? 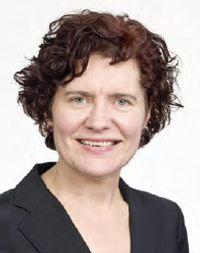 Labor merit-excluded jobs for a Gillard Girl
– qualifications, experience?…it’s not what your know girl!

Attorney-General Mark Dreyfus has no comment, claiming privilege.  He along with useless McCarthy needs to be stood down as accountable and negligent.  Border Control is our sovereign right and if those in control can’t ensure that, they need to be dismissed. 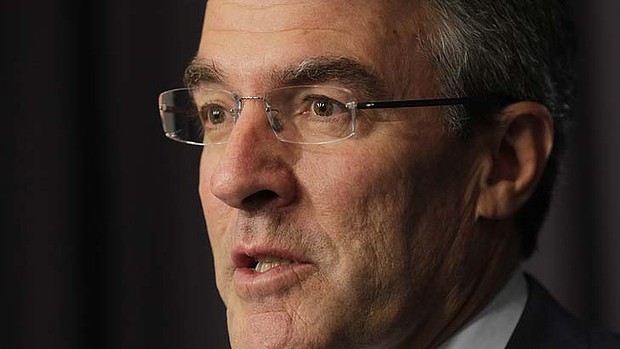 Another Gillard weak complicit man recruit to replace her lackie abused Chris Bowen, who had had enough of Gillardism. Mark is fresh, keen and he will learn that not being an Emily, he is a Gillard drone worker bee. 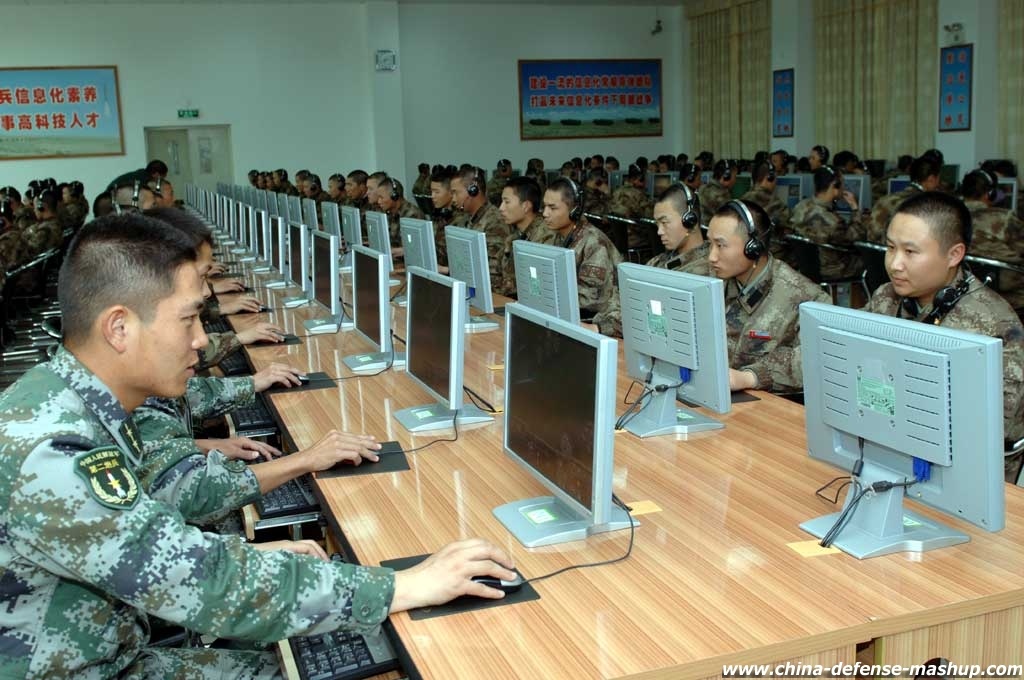 Des Ball, of the Australian National University’s Strategic and Defence Studies Centre, suggested the theft meant China could bug the building.  He said the building might have to be stripped out.

Gillard’s oversight of the controversial new ASIO building has seen delays due to a local contractor of the site being placed into administration during construction due to unpaid debts of $816,000.

Gillard’s golden boy and Communications Minister, Stephen Conroy, is similarly a compliant male patsy to Gillard. He is male and so to Gillard can’t be trusted, but he has proven her loyal patsy.  Conroy has turned a blind eye to Internet hacking since he has been a minister.  Gaol awaits.

ASIO has a laughable record of recent operation failures such as in 2007 when it failed to list and monitor known terrorist organisations in the region including Filipino Islamist separatist group Abu Sayyaf, Jamiat ul-Ansar, a Pakistan-based Sunni extremist group; the Algerian Armed Islamic Group; and the Algerian Salafist Group for Call and Combat.

But then Gillard Labor needs to take accountability for ASIO’s starving of resourcing, demanding political efficiency gains to make up for her funding $500 million to expand Islamic scholosl in Indonesia, while at the same time Indonesia invests $5 billion in militarisation.

“Defense Minister Purnomo Yusgiantoro, supported by military leadership and funded with a $16.7 billion budget, is moving forward with a three-year plan to strengthen and modernize Indonesia’s military arsenal.”   http://apdforum.com/en_GB/article/rmiap/articles/online/features/2012/10/22/indonesia-military-spends

The Gillard Labor Government has meanwhile cut Australian Defence investment back to 1938 levels.  Her denial of vital funding for ASIO now means that Gillard;s so-called “efficiency dividend” is affecting ASIO’s ability to do its jobs and is impeding its work.

Each has said that Gillard’s efficiency dividend is affecting the work they do.

Gillard is either a joke or a spy.  This situation for our nation’s intelligence agencies is unacceptable, astonishing and disgraceful. 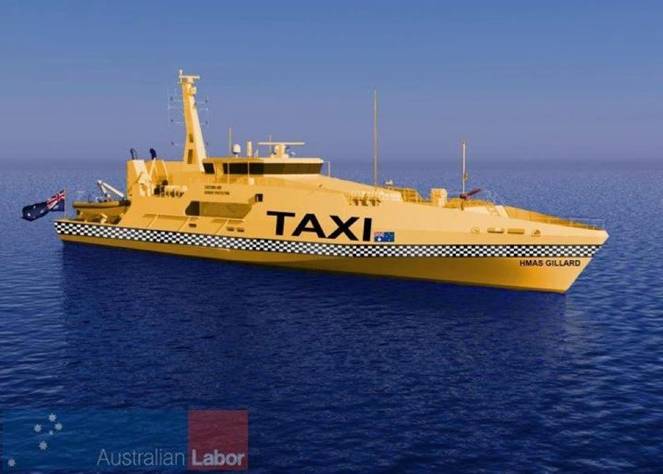 Director General of ASIO,  David Irvine, in response to a 2005 Taylor Report on how ASIO should be staffed after September 11, has said, “We do not believe that we can reach this target without further funding.”

So Gillard Labor is starving ASIO of vital funding and increasingly burdening it with increaisng waves of Greens Hanson-Young’s invited economic illegals, currently invading Australia by boat at the increasing rate of 3,000 a month.  Currently ASIO has a backlog of 34,000 assessments, courtesy of Hanson Young’s invites.

Is Julia Gillard not the perfect Communist Chinese spy?  An Air China one-way ticket to Beijing hides in her bottom drawer. 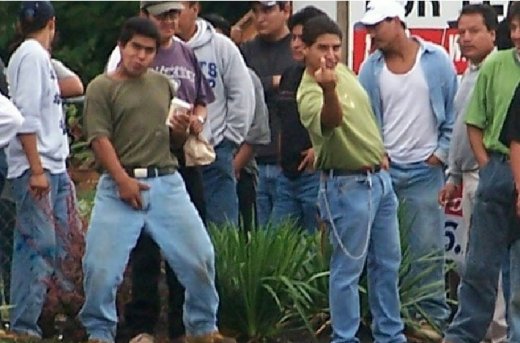 Poor desperate asylum seekers, on Julia’s invite to her Aussie goodlife freebies.   Come on down, all on Julia!