No Aussie VISA!   Chinese not welcome, never were by Australians. Bugger off, can’t even do a tie up!

Thanks to little Johnny Howard, and subsequent Liberal-National governments, Australian universities starved of funding have stooped to becoming unscrupulous cash-desperate immigration agents, plying for Third World’s cash students.  Chinese fake students are on to it big time, even though most can’t even speak Engrish on enrolment…or ‘graduation’.

Canberra continues head-long in yuan addiction denial over-exposing Australia to Chinese economic whim.  Yet what Canberra democratically denies Australians is that none of us have never voted to approve of invasion – be it Japs, Ruskies or Chinks, even as far back as Mak Sai Ying in 1818 who changed his name to John Shying; and the latter yellow hoards of cheap coolie scabs since the Nimrod landing of 1848.

The first thing Australian students who get accepted into universities notice day one, is that they are in the minority “swamped by asians” just as Liberal Party stooge Pauline Hanson warned in her 1996 maiden speech to parliament on September 10.  Being a stooge she has since timidly withdrawn that and most promises

Since the Liberals slashed vital university funding in the billions under Howard, Abbott and Turnbull, broke Australian universities across the country have done over to the dark side – foreign cash dependency and offering rubber-stamped meaningless degrees to plagiarists, cheats and backdoor immigrants.

They’re sadly hooked on the money-heroin of overseas (particularly Chinese) students and once acclaimed centres of academic excellence are seeing their sandstone structures crumbling. 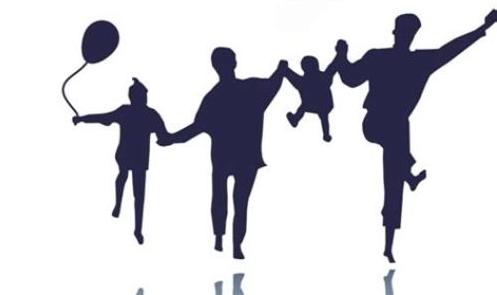 This backdoor immigration scam is facilitated by an army of dodgy migration agents who get a cut.

Now China has upped the ante. China is playing economic warfare. Having ‘hooked’ the universities, they now deny supply of the drug. They tell their nationals not to enroll in Australia. China can afford this ploy. Denying themselves another 10,000 or so professional ‘migrants’ in the Aussie demographic doesn’t matter that much, if the new superpower increases its political and economic leverage over Australia.

There will be no end of traitor class academics screaming for Australia to get friendlier to China!

Chinese state media has issued a “red alert” advising students not to enroll in Australian universities after a series of public accusations.

This is a step in the right direction. Best deter all Chinese from our shores.

Many Chinese students reckon their applications for an Australian visa take “too rong” since 2015 when Canberra woke up and curbed the foreign scam.

“Australia thinks we are academic spies, or that there is some kind of grand conspiracy behind us” one ethnic reckons (through a translater). 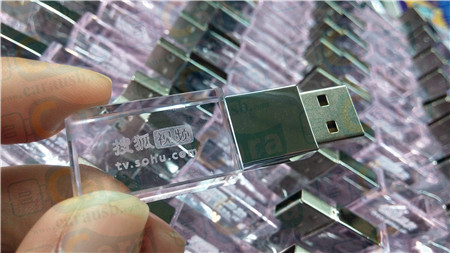 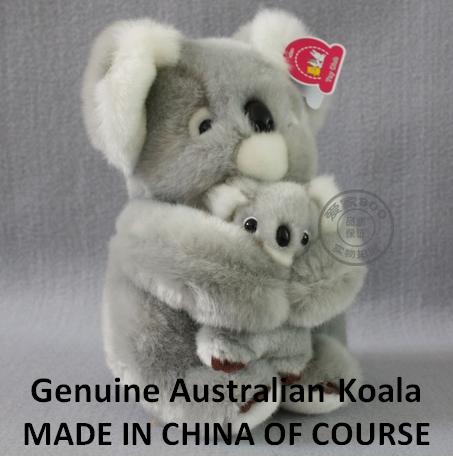 Thousands of Chinese Government spies are arriving in Australia on student visas (subclass 500) to deliberately integrate into universities and Australian public life to monitor Chinese students in Australia, and to challenge academics whose views do not align with Beijing’s.  New Zealand, Britain, America and Canada have the same incursion and their respective security service are a wake up.

In October 2017, Australia’s Foreign Minister Julie Bishop warned Chinese university students affiliated with the Communist Party in Australia to respect freedom of speech while they are here.

But why let them in?  Chinese are the enemy of Australia. Is she so naive or just complicit?

Even Australia’s media is a wake up.  The ABC television programme 4 Corners aired an investigative programme on Monday June 5 2017 ‘Power and Influence: The hard edge of China’s soft power’, which exposed the extent of influence by the Chinese Communist Party on Chinese students supposedly studying in Australia.  The media investigation uncovered how China’s Communist Party is secretly infiltrating Australia, tracking the clandestine activities of Beijing-backed organisations and the efforts made to intimidate opponents of the Chinese Communist party.

It revealed China’s strategic influence it wants over Australia and countries in our region and preparedness to establish a stronger presence downunder – think its ongoing acquisition of Australian property and Darwin Port.   Labor’s Adam Giles treacherously flogged it off. The Labor Party has been corrupted by China since Whitlam, Hawke Keating, Rudd, Gillard, Dastyari, Payne have all had secret visits there.

One of the most senior national security figures in Australia says there is now a “like-mindedness and shared understanding” among Five Eyes allies of how China’s influence has penetrated universities.  And Australia’s intelligence and diplomatic organisations are increasingly concerned about the way the Chinese government uses student groups to push its agenda.   The way the Chinese Government operates is effectively to control and silence dissent. It is no different to North Korea.

“Australia is giving China what it wants in terms of education for its students — so it’s time for the Federal Government to insist the Chinese comply with Australia’s values and interests,” according to a senior foreign diplomat.

China deserves “anti-China rhetoric” in Australia because it is spying on us and intimidating us.

All Chinese students in Australia need to have their visas cancelled and be deported back to China and no more let in.  Any Chinese working n Australian government roles need to be dismissed and replaced with genuine local Australians, subject to background checks. 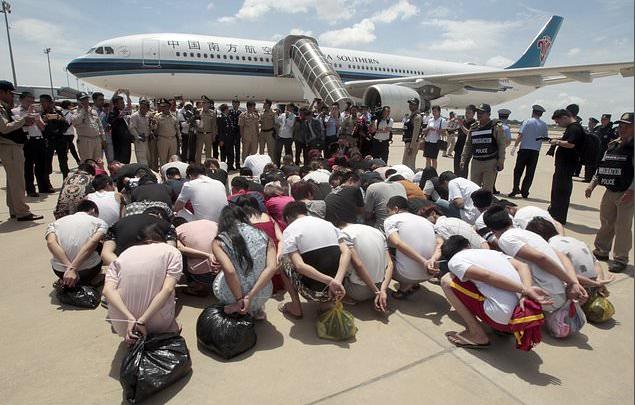 Cambodia does.  In July 2017 it deported 74 Chinese involved in a criminal internet defrauding scam. Since 2012, Cambodia has deported at least 982 Chinese and Taiwanese back to whence they came, China.

Australia’s Defence Department has been caught out turning a blind eye to universities illegally sharing military technology with China.

Charles Sturt University professor Clive Hamilton has uncovered hundreds of research projects linking Australian scientists with senior Chinese military figures.  At the centre of a web of questionable collaborations with Australian universities sit Yang Xuejun, a Lieutenant-General in China’s People’s Liberation Army who heads the country’s top defence research academy.  Professor Hamilton said much of those collaborations could mean Australian technology could be used against it on the battlefield.

“There is no doubt some of the technology they are working on is being applied to improve the battle readiness of the PLA,” Professor Hamilton said.

“I know that our research is being carefully read in Washington and hard questions are being asked of the Australian Government,” he said.

So why hasn’t ASIO and the Feds been called in to investigate and arrest the offenders, and fat useless Defence munster Marise Payne sacked?  There is espionage and corruption going on in Defence, Australian universities and overseas academics that is compromising Australian’s strategic security. 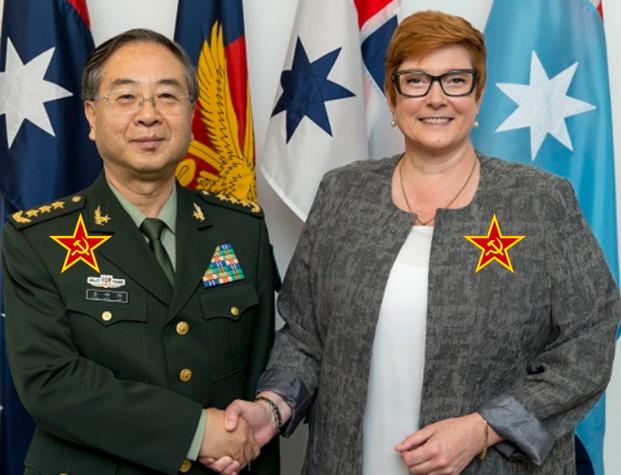