Remember Julia Gillard set up a union slush fund when she was a lawyer with Slater and Gordon, to help her Labor mates make some dosh.

Remember, Nicola Roxon was a lawyer at the same time and her and Gillard became mates – Labor mates, and Feminist mates.

Look at all the jobs for girl mates Gillard has created since seizing power.  It’s called Emily’s List and its a registered organisation of feminists.

Under Gillard’s sexist reign, it’s Women Only!   No men allowed, except as submissives, just like Gillard’s submissive Bill Shorten has publicly stated, “I agree with the PM, but I don’t know what she said.”

Under the thumb or what!  And Wayne Swan is the perfect submissive treasurer.

As one observer has noted:  “Gillard surrounds herself with tough irrational women and a few submissive eunuch males.”

It could be straight out of former Italian prime minister Silvio Berlusconi‘s favourites, except the female equivalent.

In Labor its not what you know , but who you know, and with Queen Gillard in the Lodge, girls get favours ahead of the boys in Gillard’s Girls Club: 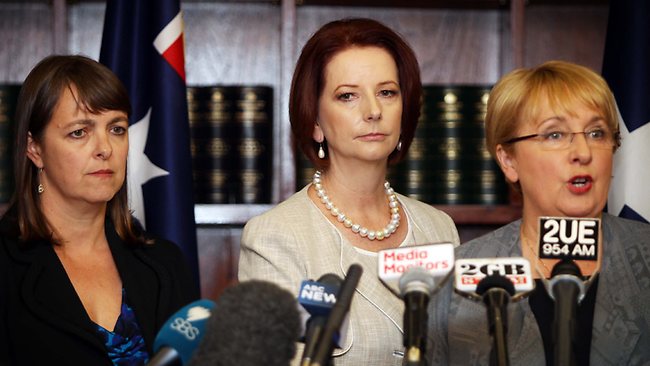 I wear the pearls now! 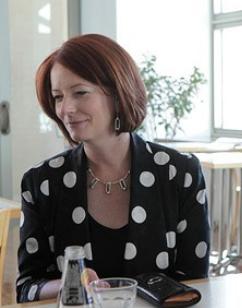 ‘He was right, it was me Labor spots that got me the plumb Labor break.
“Merit?”, that’s why I left Slaters.’

What a high powered well paid job on the public purse, no qualifications needed. Just be female and phone Julia!   Wear Polka dots to the interview, and its Fem favour.

And if your an ex-Labor polly out of work, Queenie Gillard can find you a cushy lucrative job too on the public purse, oh except if you question Queenie Gillard’s morals, like former Attorney General Robert McClelland did. 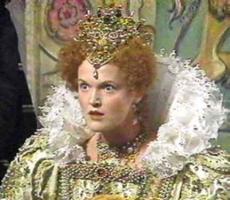 If you do not laugh at my jokes, I shall have you executed!

Queenie Gillard has set up a Lost Labor List – a Labor refugee camp for out-of-work premiers and ex-Labor government and union officials.

An analysis of recent Commonwealth appointments reads like a who’s who of former high-profile Labor figures. The Opposition has accused the Gillard Government of engaging in a “jobs for the boys” program.  But it includes girls, so long as you’re a Labor veteran.

Appointments include former Victorian Labor premier John Brumby to the chair of the Council of Australian Governments Reform Council on December 7.

Her South Australian counterpart Labor’s Mike Rann, was given the role of Australia’s High Commissioner to the UK on August 23. In November, ex-Queensland Treasurer Labor’s Andrew Fraser was appointed to Australian Sports Commission board.

A month later, Mr Fraser also joined the board of the new Moorebank Intermodal Company. Former Queensland Labor’s attorney-general Cameron Dick was appointed to the chair of the Safety, Rehabilitation and Compensation Commission on November 30. And ex-Victorian Deputy Labor Premier John Thwaites was given the chair of the National Sustainability Council in October.

Mr Thwaites was also appointed chairman of the Australian Building Codes Board in the previous year.

Former WA Labor premier Geoff Gallop was given a job on the International Education Advisory Council and appointed chairman of the Australia Awards Board. Former NSW Labor party president and Electrical Trades Union secretary, Bernie Riordan, has the role of commissioner of Fair Work Australia.

And NSW former Labor premier Bob Carr was plucked from retirement by Gillard and parachuted unelected into the Senate and handed the plumb job of Foreign Minister.  Captain Gillard’s choice they call it.

True to her sexist modus operandi, Gillard has parachuted Nova Peris into the NT Senate unelected, oh and she’ll probably have to join the Labor Party too.

“If there is one thing Gillard has implemented successfully, it is an employment program for her Labor mates,” Opposition waste spokesman Jamie Briggs said.