Since the LibLab’s Labor Faction under a Hawke-Keating Government, Australia’s manufacturing wealth has been steadily allowed to wither.  Australian Manufacturing once proudly contributed 30% to GDP in our Golden Age of the 1960s, yet now contributes just 10%. That is an undeniable fact.

The Hawke-Keating Government dismantling Australia’s tariff system, making imports cheaper than Australia’s own manufactured goods.  ‘Fully Imported’ became a promoted fad, while ‘Made In Australia’ was scrapped as poor quality.

Keating when Treasurer called his de-industrialisation of Australia infamously ‘economic rationalisation’, just like his rationalisation of the Australian automotive industry under the ‘beginning-of-the-end’ Button Plan in 1984-85.   The Button Plan was a trojan horse designed to kill off Australian manufacturing.  It simply removed the sustainable sea wall of protection for onshore manufacturing, under the pretext of making Australia more efficient and to force greater quality into produced output. 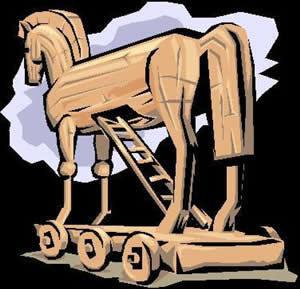 Keating’s Button Plan just scrapped car tariffs. It exposed the local industry to the tide of foreign competition from imported products. It ignored the fact that such imports were subsidised in other ways by their governments, and which paid Third World pittance wages.

And as the Australian dollar value rose under Keating’s currency float rationalism, foreign imports got cheaper and cheaper.  Even luxury European cars such as BMW and Mercedes have become cheaper imports into Australia due to the high Australia dollar, compounding the undermining of Australia’s local car manufacturing sales to Australians.

Keating outflanked all options for Australian manufacturing as if he were foreign-persuaded/alligned. But perhaps more personally internally juat anti-Holt, anti-Gordon, anti-McMahon to undo Traditional Australia and to etch on his Whitlam-esk stamp on his new lesser Australia pride forever; abandoning Australia’s cultural text to fade to an Asian sepia under his intentional neglect.

Local manufacturers responded by importing instead.  Thousands of jobs were lost to foreign jobs overseas.  Holden, Ford, and Toyota decided to import fully built-up models from subsidiaries elsewhere in the world, mainly Europe and Japan. Mitsubishi Motors ended Australian manufacturing in 2008 and Nissan ended car manufacturing in Australia completely in 1994.

The Button Plan was as effective for foreign car manufacturers as if imposed by a foreign power invading Australia.  An Asian corporate imnvasion could not have effected a better Asian outcome, had they conceived the strategy themselves.

And so, as Australian believers in government promises have we become mugs to these LibLab betrayers to our hard-fought inheritance?

Do we just accept the ongoing LibLab factional rotation of power and as subservient mugs let our accumulated inherited tax wealth be vanquished to the whim, beck and call of LibLab party agendas?

Yet we witness repeated betrayal by LibLabs in espousing their political ideological agenda to destroying Australia’s economy.  It’s as if adhering to some global standard has become a higher goal than respecting local jobs?

Is the $5000 worth of ‘free’ extras bundled in the latest South Korean Hyundai SUV more important than keeping Ford and Holden in Melbourne and the thousands of Australians they employ?

‘Fully Imported‘ is foreign usurping propaganda that corrodes local value for ‘Made in Australia’. It translates as Fully Imported Unemployment for Australians.

Since then LibLabs, albeit Liberals or Labor, have perpetuated the Free Trade con, to only benefit foreign interests and sell out Australian local manufacturing.  Australia’s textile, clothing and footwear manufacturing industries have all but gone to cheap Chinese factories because no Australian manufacturer can compete with Chinese sweatshops that pay workers $1 a day. Who would stoop so low and dare still call themselves an Australian employer?

Foreign governments who sign up to the Free Trade may well reduce tariffs, but underhandedly subsidise their manufacturing industries in other ways.  So Free Trade becomes a single dimensional smoke screen.  Global Free Trade has always been a contrived con for naive nations nobly seduced as lesser nations seeking global status.

Look at the bandaid desperation of the LibLabs’s $103 million unconditional subsidy by Gillard Federal Labor and Ballieu Victorian Liberal last January to prop up Ford automotive manufacturing in Melbourne.

Gillard Labor has committed $5.4 billion until 2020 to the Australian car industry so while pretend to have Free Trade?   Foreign car manufacturers in China, South Korea, Japan and Thailand are dumping cheap product on the Australian market at discount prices to undercut the last fragments of Ford, Holden and Mitsubishi still made with Australian workers paid Australian wages.

Abbott Liberals are no better.  They want to continue the Free Trade con, continue floating the Australian dollar to benefit importers and starve local tourism, and slash $500m from Australia’s car industry grants.

Free Trade is a con.  LibLab demonising of ‘protectionism’ only benefits politicians securely deriving their own wages on the public purse, oblivious to their own performance criteria – efficiency, quality, productivity.   The LibLab’s so-called ‘Productivity Commission’ and anti-protection rhetoric is just pissing into the wind to justify its own lapdog existence.

Last week Ford said it would sack 15% of its workforce anyway, and cut production by 29%, but welcomed Gillard’s $5.4 billion thank you very much.

The One Worldists in their naivety want to throw those standards all away.

Once Australia’s Resources Boom ends, LibLab naive “flat earth” and “level-playing field” Free Trade destruction of manufacturing will have forgone Australia’s self-sufficiency. Under LibLabs, a car ‘Made in Australia’ is set to become history. 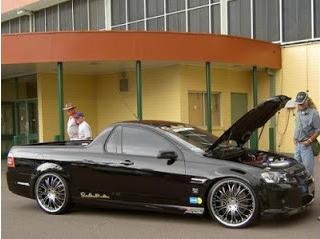 Australians need to recognise that hard-fought Australian wages by Australian Unions over generations for Australian manufacturers (in automotive, food production, chemicals, steel, whatever) will never be able to compete on LibLab’s smoke and mirrors ‘global level playing field’ with Third World wages, unless Australian workers succumb to Third World standards.

Our children expect us to provide for their future so that they may become self-sufficient and resilient when we are gone.  Without a value add manufacturing base, Australia becomes an import dependent economy at the whim of decisions by foreign powers and exposed to global crises.

Those arguing against protection of our society and against the protection of our earning capacity are the same mongrels arguing for no borders and to put foreign interests ahead of our own.  Such mongrels are blatant betrayers to the Australian National Interest.  They are welcome to emigrate to the nations for which they feel greater allegiance.