Australia First Party supports the Anti-Association Laws rallies in all capital cities to be held in national solidarity this coming Australia Day. 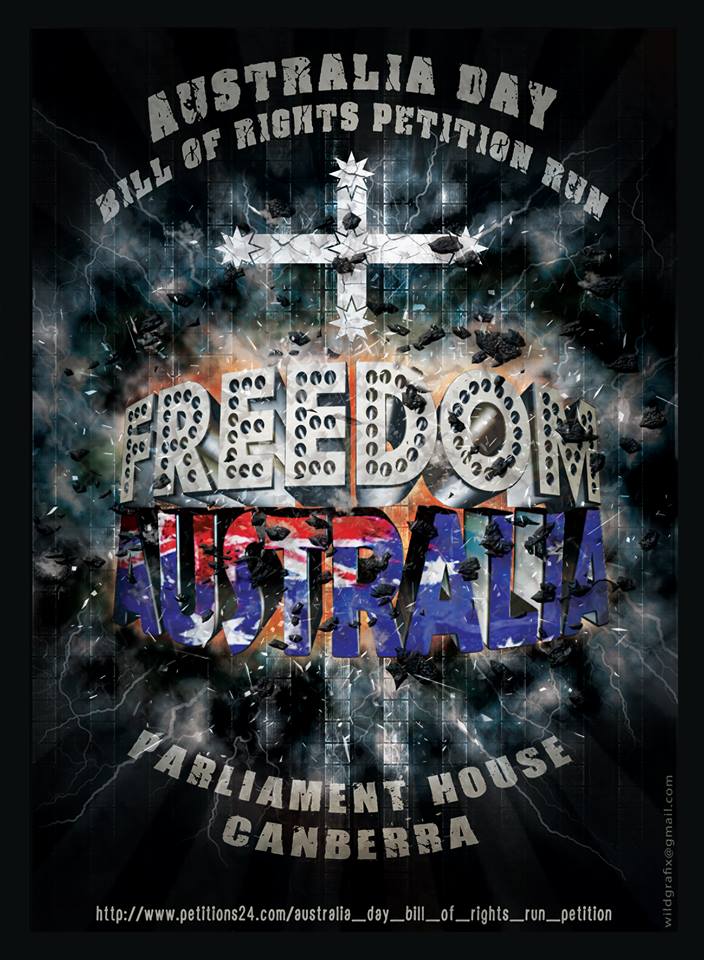 If you can’t make it to Canberra, roll up in your city to the following locations 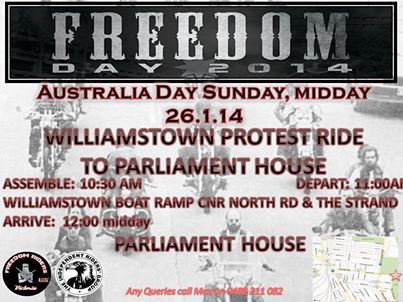 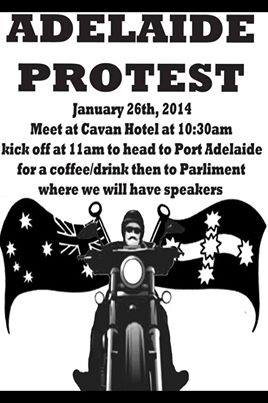 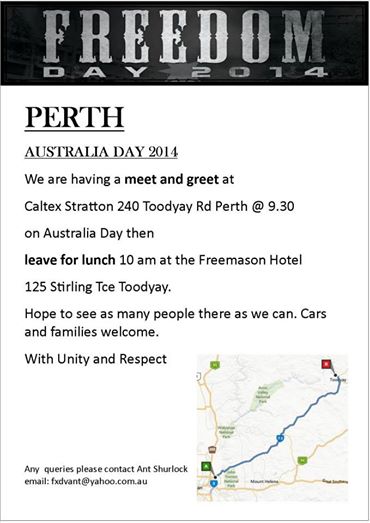 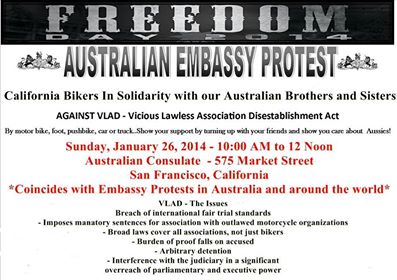 Protest against the VLAD – Vicious Lawless Association Disestablishment Act.  This is a fascist law of the LNP Regime in Brisbane, set to be imposed across all Australian states and territories.

The associations’ laws have nothing really to do with criminal elements who have infiltrated certain motorcycle clubs.    These laws are about who can associate with
who and where and how.

It is a fundamental attack on our people’s rights.  Australian Democracy is under attack.  Australians have a “right to silence”.

Australia First Party has rejected the idea that these laws are necessary to fight any criminal activity within motorcycle associations. The Party says there are laws sufficient and intelligence and surveillance methods aplenty to deal with any individual who may be involved in criminal activity.

“The new laws do not mention ‘bikies’ but refer only to ‘criminal associations’, something defined in a way that could eventually target churches, political parties, unions and other professional associations and community groups at odds with government policy.

The laws could dissolve these democratic organisations and in a revival of the notorious consorting laws, could see people banned from communicating or meeting with each other. All of this is a recipe for an array of repressive actions and an army of opportunistic informers seeking rewards.

Similar laws are being used right now in Greece to suppress a democratically elected party and have been around in Italy for three decades where they have abused democratic rights.”

Australian Capital Territory area members and friends should take the time out to
attend the anti-associations’ laws rally in Canberra on January 26, and Australians in each capital city similarly are invited to attend their respective parliaments at 12 noon. 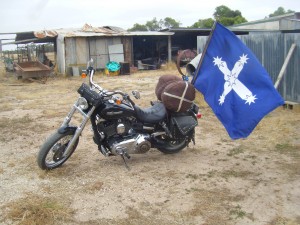