According to research by the National Australia Bank, foreign buyers snapped up one in every eight new properties built in 2013.   This trend has more than doubled from one in 20 properties just two years ago.

Cashed-up chinese buyers in particular are swooping on Australia’s housing bargains to cash in on the next property boom.

And Chinese developers are swooping on run-down commercial properties in Sydney and Melbourne to “land bank” and redevelop as apartments during the next boom.

So great is the international demand – fuelled by a falling Aussie dollar and Beijing’s ban on buying more than one property – that some developers are now marketing new units exclusively to offshore buyers.

“They’re marketing them in Hong Kong, Singapore and China and we’re not even getting a look-in.”

Andrew Taylor, the Australian founder of Chinese property website Juwai, said Sydney, Melbourne and Brisbane were the most popular cities for Chinese househunting – but “Perth is really climbing fast”.

But Mr Taylor said Chinese migrants were buying properties on behalf of family and friends living in China.

“Many international buyers will use their family and extended networks to purchase property in Australia,” he said from Shanghai.

“If they have a relative who is a permanent resident, there is no restriction in purchasing a property.”

Australia’s foreign investment rules ban foreigners from buying established homes, and developers can sell half their properties to foreign investors before they are built.

Temporary migrants, including foreign students, can buy an established home so long as they sell it when they leave Australia.

John McGrath, founder and chief executive of McGrath Estate Agents, agreed that some Chinese migrants were buying established houses on behalf of friends and family in China.

“There is no doubt that friends and extended family are making some acquisitions that may well be held in trust for others,” he said.

Mr Taylor said upper-middle class Chinese did not want “trophy homes” but were looking for “solid investments” or apartments for their children studying in Australia.

He said one Chinese buyer with $1 million to spent told him she loved Melbourne because “it’s close to kangaroos and the Great Ocean Road and they pay you to have babies”.

He said overseas buyers had snapped up two in every three of the 588 luxury apartments in the Singaporean-owned Tower Melbourne development – being constructed as the city’s tallest building.

“In the inner city of Melbourne, within a 1km radius, the attention from Chinese buyers is just huge,” he said.

“They’re used to highrise living and they’re not after the quarter-acre block.”

“Australia is very much seen as the Switzerland of Asia – it’s a neutral country with a strong government, reliable currency and stable marketplace,” Damon Nagel, the managing director of Iron Fish in Adelaide, said yesterday.

He said Chinese developers had built half the units constructed in Adelaide’s CBD in recent years, including the Aria and The Rowlands developments.

“They’re mopping up bargain units at half the price,” he said.

“The Australians think just because they’re Asian they’re going to buy anything, and they’re wrong.”

Foreign investors have bought 15 to 20 per cent of the 710 apartments being built by Pearls Australasia and Metro Property Development in three towers in the inner-Brisbane suburbs of Bowen Hills and Fortitude Valley.

“They see Australia as a safe bet,” he said yesterday.

Global realtor CBRE yesterday said inquiries from offshore buyers for off-the-plan apartments and industrial development sites had doubled over the past six months.

“A number of (Chinese developers) have bought sites to land bank,” he said.

“They may pay a little more, but they take the view that by the time they develop, prices will have caught up.”

Mr Milton said most buyers had a relationship with Australia, and many had children studying at Australian universities.

“The interest has doubled in the past six to 12 months,” he said. 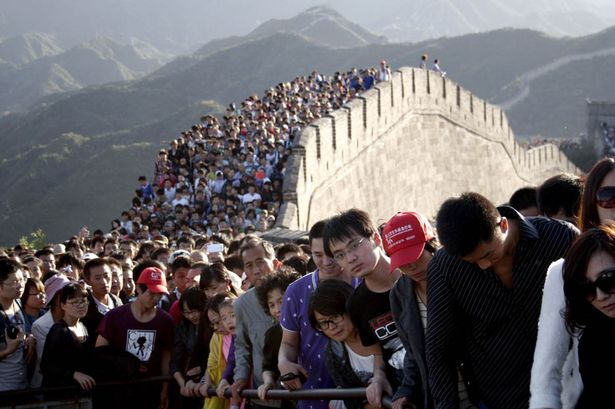