Indonesia’s foreign minister, Marty Natalegawa, where is your honesty?  Your generous neighbour Australia and many western nations have provided Indonesia with hundreds of millions of dollars worth of patrol boat fleets, with airforce surveillance, with co-operative intelligence services.

Our Australian Navy even picks up your nation’s weekly illegal transit human cargo within cooee of your known southern embarkation fishing ports.  Still the modest pride of our fleet say nought to avoid feeding the foreign Leftists conspirators within Canberra.

So Marty Natalegawa, you feign victimhood as a leader or as a puppet?

The wave of transit invasion continues as a Ruddy Gillard Labor legacy and has become a cliched joke with Australian Navy personnel. But Australia’s Navy personnel are being politically gagged and bullied by Leftist fat bully moll Sarah Hanson Young and Gillard socialist installed propaganda insiders.

Fact is these illegals to charter boats to Australia, however dodgy and rickety, must be cashed up to pay the $5000 trafficking fee up front.  For a refugee to be so cashed up in the first place, negates them as bona fide refugees. Any $5000 smuggled passenger is economically fortunate, has the wherewithall to negotiate international transit, and so is no homeless refugee, but an economic migrant desiring of what life Australians have built and earned.

Can I have a Perth sea frontage with that?

T’is all lip service to evening news designed to appeal to the politically correct naysayers possessing email lists of sympathisers infiltrating the ABC and SBS.

Australia First sees through the foreign Leftist propaganda shite and offers the scum a sewing kit. When the lip sewed martyrs cark it, should they be more than publicity stunt fools, don’t fly the invading scum bodies home, just light a big bon fire on Australia Day and Twitter the smoking images.

I’d skull a freezing VB to that Hawkie!

So it is no wonder why our best Navy personnel are resignimg disillusioned out of active service.  Recruitment is suffering.  Why would any decent Australian join an arm of a government sympathetic to foreigners betraying Australian sovereignty?

Sarah Hanson Young just hates men.  She would be better off joining the enemies in the war zones fought by Australian Defence personnel.  She ought be joined by her publicists and self-aggrandising Marxists Adam Bandt, David Manne and Julian Burnside. 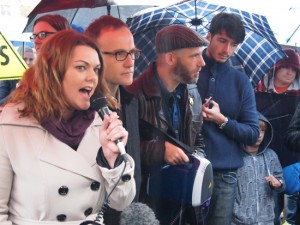 Foreign invasion by any creed extinguishes all human rights save those under the Geneva Convention for an enemy taken prisoner.  Returning prisoners back to from whence they came, by push back or fly back, is the invaded nation’s right, and rightfully the costs borne by the invading nation.

This is our nation.  If you want to live here, ask and we as a sovereign people shall decide.

“National Security is therefore about a proper response to terrorism. It’s also about having a far sighted, strong, well thought out defence policy. It is also about having an uncompromising view about the fundamental right of this country to protect its borders. It’s about this nation saying to the world we are a generous open hearted people, taking more refugees on a per capita basis than any nation except Canada, we have a proud record of welcoming people from 140 different nations. But we will decide who comes to this country and the circumstances in which they come.”

As a national people Australian nationals hold a sovereign right to choose who we want to allow to live in Australia.  Let’s bring in educated people with a similar culture to ours, people who will work hard and fit in to our society rather than these people who don’t speak English and don’t want to assimilate.

Masochism by illegals is always an idiot’s right.  A Lebanese for low life threatening to blow up a luxury charter jet deserves transit to Saudi’s Deera Square.  The queue jumping scum can starve themseves to death and sew their lips together because they are being denied residency and free TAFE computer training.

We may be offering free sewing kits as a charity gesture to Christmas Island illegals. 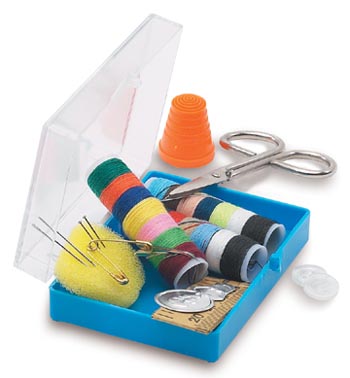 The UNHCR has no credibility in any civil war since it was created, so it should be wound up.  Indeed the Refugee Convention has become so abused by illegal economic migrants that it has long lost credibility since post war 1950s Europe.

Labor and its ally in the Turd World Greens needs to reflect on Labor’s Immigration Minister Chris Bowen’s boat push back strategy.  In October 2012, a group accused of storming a fishing boat ‘Chejan’ off Sri Lanka, attacking the crew and attempting to sail to Australia were intercepted and sent home to Sri Lanka by the Labor Party in government.

The brown skinned scum attacked the victim on Macquarie University property in the early hours of the morning and sexually assaulted her. The victim yelled out and the Sri Lankan attacker fled.

Macquarie University tried to cover up the sexual assault by informing students not to report the incident to the police or talk to the media. Macquarie University also tried to protect the racial identity of the sexual predator by initially downplaying speculation that the rapist responsible for the crime was an asylum seeker. The cowardice and dishonesty continued when Immigration (Invasion) Minister Brendan O’Connor declined to comment. 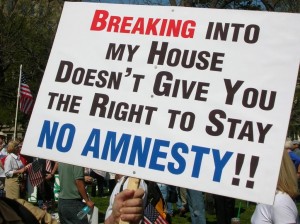 Placing asylum seekers in universities, serviced apartments and in home stay agreements is bad policy. The asylum seekers should be returned to detention, processed and deported.

Last week a six-year-old girl and her two-year-old sister wre raped by a Middle Eastern ethnic while going to the bathroom during a family picnic in Guildford, in Sydney’s ethnic south west.  Australian parents can no longer trust to leave their children out of their sight because of the ethnic rapist and organised criminals let in by Laboral Immigration.

The asylum seeker racket is a leftist initiative to flood Australia with incompatible third world Labor voters.  Since Labor came to power in 2007 over 50,000 economic migrants have illegally entered Australian waters.

Under Rudd and Gillard Labor most have been unconditionally granted permanent visa status, enabling them to scam taxpayer funded preferential welfare, education, music vouchers for their children, furniture and bedding for their new house.

Labor under preference bullying pressure from The Greens, has granted illegal scum precedence ahead of ordinary needy Australians cast aside and kicked in the guts.

(extracts from the Party for Freedom)