Liberal Treasurer Joe Hockey is right in his public demand that Leftist welfare entitlement bludging has no place in decent Australian society.  Most of those receiving Australian taxpayer welfare in Australia are recent immigrants and their dependents, but he won’t say that.

Only Australian Citizens have a right to Australian taxpayer-funded welfare.  The rest can lodge their claims back in their country of origin.

Such is our tolerance, any decent foreigner is welcome as a paying guest, but once they start seeking to apply for Australian Citizenship they must earn it, and recognise that acquiring citizenship is conditional.  The rights that come with Australian Citizenship have commensurate obligations.  Contrary to the traitor class within, Australia is not a melting pot for the world’s disaffected to flee to just to bludge on the wealth of generations of hard-working Australians.

Liberal senator Cory Bernardi is right this week in his call for national government budget’s cuts to extend to welfare.   Bernardi has called for Australia to learn from the tough justice of New Zealand drug testing for the unemployed and the suspension of payments to people with outstanding arrest warrants are two options to be debated in a major overhaul of welfare.

The Abbott Government has confirmed it is looking closely at New Zealand’s welfare system, which includes a hardline approach to drug use.  The New Zealand model strips welfare recipients of half their payments if they fail a job-required drug test or refuse to submit to one.  They are then given 30 days to get clean. Those who continue to use drugs or refuse to take a job that requires testing are required to pay back their welfare payments. 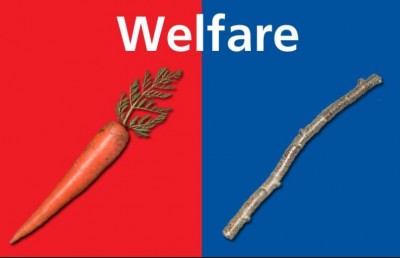 Welfare is for those genuine Australians who need it, not for welfare cheats, illegals and fake disability pension rorters.

Drug test yes, if it leads to compulsory detoxification, and indeed in Australia the testing should extend to more Australians.

The employment haters associated with the Leftist rabble have no entitlement to welfare.

Australia’s current aggregated $80 billion spent on welfare payments by the national government needs to go only to Australian citizens, the nationals and their forebears who have built Australian and funded our wealth  through their lifetime of paying tax in Australia.

Foreigners can bugger off, and allow genuine Australians in need to be supported and helped back to some form of social norm and financial independence where possible.  Why should migrants get preferential treatment over Australians?

Welfare reform is welcomed, so long as it is fair to Australia’s genuinely own needy.  If that means drug testing, Australian citizenship testing, so be it.

Certainly most of the unemployable Leftist student rabble have no entitlement to suck on Australia taxpayer-funded welfare. 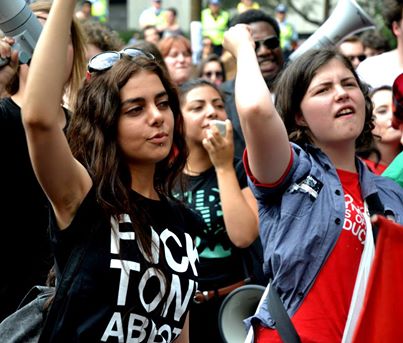