Caltex Australia’s new corporate boss, CEO Julian Segal (a Romanian), is about profit at any human cost. To him Australians are expendable – our world-class seamen and our national fuel security. 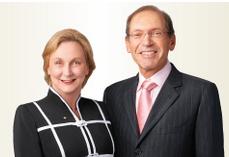 The faces of Chevron snubbing Australia

When have foreign industry chiefs been loyal to Australian first world values?

Caltex, an exploitative brand of notorious US multinational Chevron, currently has one of its chartered fuel tanker ships, the ‘Alexander Spirit‘, berthed in Devonport in Tasmania to unload Aussie oil to Tasmanians.

But on arrival, the qualified, experienced and loyal crew of 36 Australian seamen were told by text message that once they were to next berth in Singapore, they would all be summarily sacked.  Nice!

Tanker ‘Alexander Spirit’ owned by Teekay Shipping Bermuda has been contracted by Caltex Australia since 2009 to supply fuel around Australia’s coastline and so required under Australian Cabotage laws to employ only Australian crew; that is up until today.

But the treacherous Gillard Labor government in July 2012 tried to undermine this traditional protection for Australian seafarers by enacting its ‘Coastal Trading (Revitalising Australian Shipping) Act 2012’, which actually achieved little. 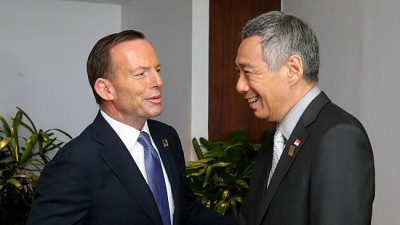 Irrespective, Caltex CEO Julian Segal has decided: “Caltex has long supplied Tasmania with surplus fuel from its Sydney and Brisbane ­refineries, however the closure of BP’s Bulwer Island refinery in Brisbane and Segal’s closure of Sydney’s Lytton refinery means that Australia has no local fuel to transport to other parts of Australia. “Caltex will now import fuel into Tasmania.”

Segal’s excuse:  Others can import fuel to Australia.  We can’t compete with major global oil companies and commodities traders and against hundreds of other ships that are moving fuel from overseas.

So Segal is exiting Caltex’s coastal fuel supply service from Australia, redeploying the ship to international routes and hiring cheap two-bit Asian labour.  That should make him a handsome profit and salary bonus! 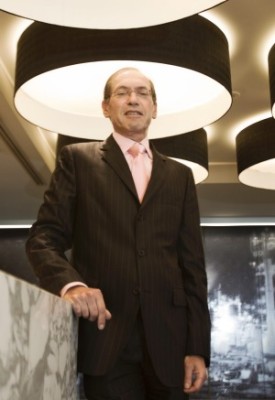 So since last Saturday (July 4, 2015) the Aussie crew has defied Caltex’s instructions to sail to Singapore, instead banding together on strike refusing to leave Devonport.

Independent Tasmanian senator Jacqui Lambie has called on both Liberal and National parties to provide a guarantee that a $33,994 ­election donation by Caltex, ­recorded on the Australian Electoral Commission website, had not influenced the Government’s Shipping Legislation Amendment Bill.

“If we’re going to act in our Nation’s best interest and guarantee Australian jobs and the skills base for our entire Maritime industry – it might be time to follow the example of the (others) and put in place policy measures which restrict coastal trade to Australian built, owned, crewed and flagged vessels. If we follow the Liberal / National’s plan and abandon our Maritime industry solely to a free, liberalized market – and the influence of multinational corporations’ insatiable need for bigger profits – then Australia will place our food, fuel, energy and national security in the hands of foreigners.”

The Aussie crew through their Australian labour union, the Maritime Union of Australia, immediately filed an application for a hearing in Fair Work Australia, doing the right thing under Australian Law.

But the commission ruled last Tuesday that the crew’s refusal to sail to Singapore last week was not protected industrial action.  This sparked an immediate appeal by the Maritime Union of Australia (MUA) doing the right thing under Australian Law.   But The Fair Work Commission upheld its ruling that the crew must not engage in illegal industrial action for a month. On Friday afternoon, yesterday, the full bench of the commission in Sydney dismissed the MUA’s appeal.

About 200 local Tasmanians came down to the wharf to join in a protest picket in support of the Aussie crew. 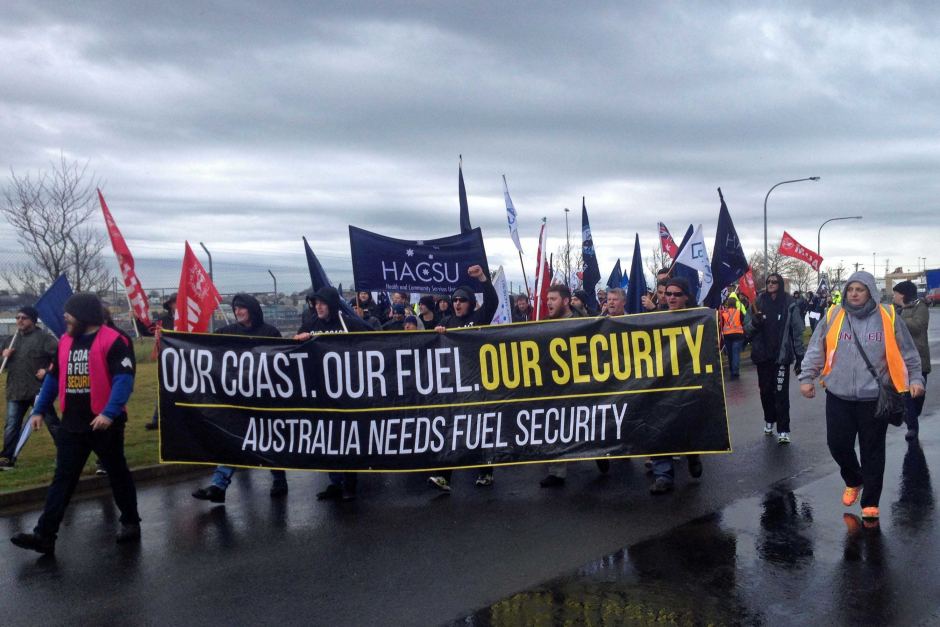 Ian Bray from the Maritime Union of Australia said members want certainty about how their redundancy entitlements and repatriation will be handled.  “We’re people with mortgages and children, and you know we’re probably going to be in limbo.” 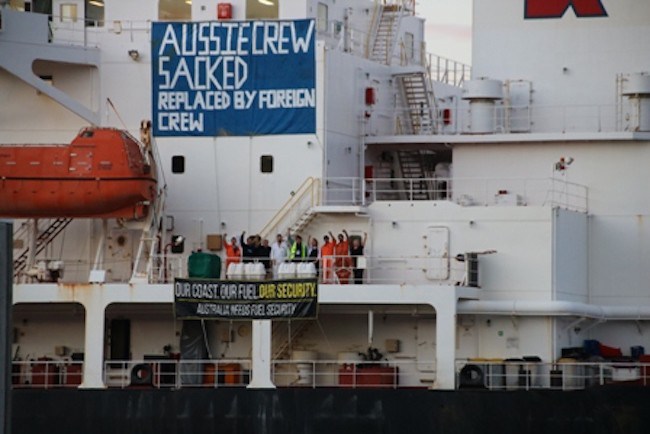 In the statement announcing the changes, Caltex said that “Alexander Spirit will be redeployed to the international fuel supply chain, spending most of its time in international waters competing against every other ship importing fuel into Australia.”

So yes, next time the ship docks expect to see monkeys on board. 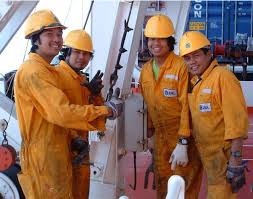 “Twenty Filipino seafarers who have been found without food aboard the Panamanian-registered vessel Bulk Brasil docked at Port Kembla, New South Wales have been rescued and paid their salaries, with the vessel stocked with provisions.

Labor Secretary Rosalinda Dimapilis-Baldoz said this after Labor Attache Rodolfo Sabulao told her about the situation of the 20 seafarers working for the vessel operated by Keymax, a Japanese company.

“As far as we are concerned, the 20 seafarers are already well, after the Australian Maritime Safety Authority ordered the detention of the vessel Bulk Brasil. They have been paid their salaries and their vessel stocked with food,” said Baldoz.

Labor Attache Sabulao earlier reported that the 20 Filipino seafarers have not been paid their salaries equivalent for four months. They have not also been fed, and the management/officers of the vessel have committed many other maritime standards violations.

The International Transport Federation (ITF), which negotiated with Keymax, called the attention of Australian Maritime Safety Authority (AMSA) after the condition of the 20 seafarers was discovered.”

Assistant National Secretary (MUA) Ian Bray last week accused Caltex’s decision on the Australian Government’s intention to unravel the country’s cabotage laws, said that Caltex was misleading the Australian public by insisting that there was not enough trade to sustain the Australian-crewed Alexander Spirit.

“I would love for Caltex to explain why the Liberian-flagged Stolt Kikyo is alongside in Geelong and what trip Caltex has planned for that vessel they have brought in to replace the Alexander Spirit,” he said.

“Why haven’t the soon-to-be redundant crew from the Alexander Spirit crew been offered replacement jobs on the vessel?

“Why is the Government allowing Caltex to run roughshod over the intent of Cabotage laws by allowing this replacement vessel to do what was, up until today, the Alexander Spirit run?

“So many unanswered questions and I think the crew has a right to know why they have been cast aside in the worst way possible,” Bray added.

“The fact the Abbott Government is intent on passing legislation that they know will have an impact on local jobs shows how little regard they have for Australian workers,” Ms. Kearney said.

“The seafarers aboard the Alexander Spirit are the latest in the litany of workers being thrown on the scrapheap as a result of bad Government decisions,” she said. 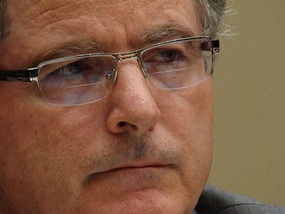