One of Kevin Rudd’s Chinese IEDs has gone off.

Soutphommasane has said that government rhetoric about terrorism had “emboldened” groups like Reclaim Australia and the United Patriots’ Front (UPF) to campaign in a way that threatened community harmony.

We reject as nonsense.

Rather, these organisations have pointed out the essential challenge that Islamic culture and Islam pose in Australian society.
Australia First Party has said that we support the Reclaim Australia rallies on July 18 and July 19 and that in particular we support the UPF in its proper defence of freedom of speech against the attempt of the extreme-left to silence dissent..

We note the shift in rhetoric from the Race Discrimination Commissioner who calls these groups “white supremacist” (whatever that term is supposed to mean). The extreme-left has started to call these groups “neo-nazis” (which is equally absurd).

The heightened verbal attacks foreshadow violence from the extreme-left sanctioned by liberal opinion in the ‘race industry’.

These are dangerous developments for all Australians and free speech.

The following extract is the exact text from immigrant television media SBS (an Australian-taxpayer funded organisation) aired about his speech to the National Press Club nationally across Australia on July 8, 2015: 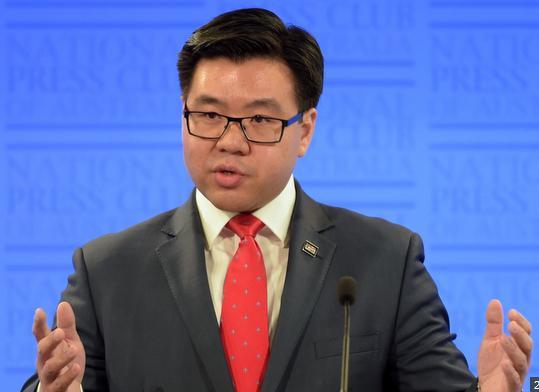 “The repeated use of terror fears and language like “Team Australia” is marginalizing non-European groups and emboldening right wing white supremacists, the Race Discrimination Commissioner has said.

In a speech at the National Press Club in Canberra, on the 40th anniversary of the enactment of the Racial Discrimination Act, Dr Tim Soutphommasane said groups like Reclaim Australia and United Patriots Front have been embolded because of the rising terror threat and because of anonymity online.

“I hold serious concerns about a deterioration of community harmony. A deterioration that warrants close attention from governments and leaders. Anxieties about the threat of Islamist extremism, harassment of Muslim and Arab Australians, many of whom feel under constant suspicion,” he said in his speech.

He also said the Prime Minister’s use of the phrase “Team Australia” isolated a portion of the community.

“Last year when the official terror alert was raised to high and when the language of team Australia was introduced to our political lexicon I had many community organisations and members, particularly of Muslim and Arab background, express their concern.”

Dr Soutphommasane also used the speech to lobby for a non-discrimination clause to be constitutionally enshrined, to keep it out of the hands of politicians after sections of the Racial Discrimination Act were under consideration for repeal last year.

“We have an opportunity to right old wrongs. We have an opportunity to make a statement about racial equality. And it’s time that our constitution is purged of ideas about racial superiority and the natural order of imperial power. It’s time that we also guarantee that all Australians have a protection from racial discrimination, because our constitution should and must speak more truly in the spirit of our democracy. One committed to equal citizenship and to the rejection of racism,” he said.

This month the Australian Human Rights Commission will launch the second phase of its “Racism, it stops with me” campaign. The campaign will be guided by two themes – supporting diversity and inclusion and continuing to combat prejudice and discrimination.

Dr Soutphommasane said stopping racism is the responsibility of every Australian.

“Our advice at the Human Rights Commission is to encourage people to do what they can, if it’s safe to do so. We’re certainly not encouraging people to throw themselves in harm’s way.” Nathan Sykes:   The point that has to be made strongly to this non-Australian stooge is that the language is very deliberate. He talks of the need to “right old wrongs” and “racial superiority” and “imperial power”. He calls Reclaim Australia and UPF “White Supremacists”. This is more than just inaccurate it’s an outright lie. These bastards are fashioning a lie to justify a means, and that means is the resettlement of Australia by third worlders. He never mentioned ONCE that no Australian has murdered a single Muslim, yet we have — apart from the Lindt cafe — the foiled terror plots, as well as the mad Muzzie in Melbourne who tried to behead those police. He situates ALL of those poor, cowering, trembling peoples currently choking up our way of life as victims, and White Australia as a beast that needs taming… and he does it all while sucking out of their wallets an elite existence on 300K a year.

Don Brooke:  And it’s time that our constitution is purged of ideas about racial superiority and the natural order of imperial power. ” This bloke hasn’t got a clue – there is nothing in the constitution about racial superiority and if he objects to references in the constitution to Queen Victoria and the Crown and urges their removal then he is advocating that Australia should become a republic to eliminate racism – he is making political comments at the National Press Club luncheon

Alter Fritz:   What he knows is, that he is a political human rights terrorist!

Darrell Kelly:  The man may well be a moslem himself using his position to further the islamic agenda ?

Victor Waterson:  Yes tim go back to where you came from.

Pookie Byron:  Piss off Tim. Go fix the country your family fled from. We were fine before all you came here. Australia isn’t the place it once was. It mirrors migration levels.

Steve Walton:   What WE extremist right want is this nation returned to what it was before the muzlim vermin.

Tim Soutphommasane:  I have a dream for Australia to look like this

…then there’s this response from The Daily Stormer..

Tim Soutphommasane is the 33-year-old French born Laotian Race Discrimination Commissioner appointed by the anti-White traitor former PM Kevin Rudd. His job is to harangue all the Whites in the country so that it can be resettled by masses of genetic garbage from third world trash heaps.

This chubby MSG-riddled rodent-with-glasses addressed the National Press Club in Canberra on the 40th anniversary of the enactment of the Race Discrimination Act. With stir-fry cat spuming off his breath, he drenched the microphone in spittle in his tirade against the European people who built the nation that he wants resettled by Asians. 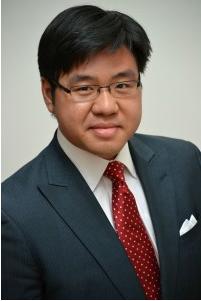 This is what you get when you cross a gerbil with a tailor.

Targeting proud patriots and nationalists for commentary, he named the United Patriots Front and Reclaim Australia, labelling them White Supremacists. These two groups, one of which is full of evangelical Christians, and the other which sees the sense in unifying ALL anti-left, anti-Muslim groups, will stage major protests across Australia on July 18/19. Neither are White Supremacists, but just good Australians fearful of what’s been taken from them by the traitorous political class. The bloated Chinaman is especially fearful that terrorists and their families might be worried about invading the country if even the most token resistance from such groups seems likely.

Once translated into a readable form of English, his rant went something like, “I hold serious concerns about a deterioration of community harmony. A deterioration that warrants close attention from governments and leaders. Anxieties about the threat of Islamist extremists, harassment of Muslim and Arab Australians, many of whom feel under constant suspicion.”

He blamed the expression “Team Australia” used by Prime Minister Tony Abbott as particularly harmful to the re-colonization.

The walking tub of Tom Yum soup then used his speech to demand a special clause be inserted into the act so that it can never be changed and Whites will always be guilty of hate crimes if any brown person has their feelings hurt. Got a problem with White Supremacists in your country? Call the expert.

Reinstating the translator for the final quote before heading off for his hundredth service of Yum Cha for that afternoon, the fat disgusting devotee of dog-flesh said, “We have an opportunity to right old wrongs (right old Wongs more like-HP). We have an opportunity to make a statement about racial equality. And it’s time our constitution is purged of ideas about racial superiority and the natural order of imperial power. It’s time that we also guarantee that all Australians have a protection from racial discrimination (except Whites-HP), because our constitution should and must speak more truly in the spirit of democracy. One committed to equal citizenship and the rejection of racism.”

Later on this year, the nation will be deluged in anti-White propaganda in a tax-payer funded campaign titled “Racism, it stops with me.” The purpose of this anti-White program will be to push diversity until every White eyeball rolls back in its White head.

The rat will of course play a big part in it. Him rikey diversity, see!