By Dr Jim Saleam (and others).

Many have contacted us as well as Whitelaw Towers; accepting their realisation that agents of division have operated for some time.  All ‘conspiracy theory’ doubts are gone.

The collective/commune Crawford Exposé has shown that contemporary efforts that try to set fake ‘patriot’ groups against Nationalists is futile, but the Liberal Party is welcome to persist and waste its resources again.

At one point on the secretly recorded video, Crawford says he has been specifically working on me for “over two years”. In fact, if we take into account his infiltration of Australia First Party from mid 2011, it’s really four years plus.

In a set of text messages to the man who lifted the lid on him, Howard Crawford referred to a possible conservative success, “ by taking out this toxic Saleam faction”. He then denounced me and Blair Cottrell of the United Patriots Front (UPF): “The likes of Saleam and Cottrell you can’t work with. They are just hate mongers and more damaging to the Conservatives than any on the Left”. Is this a declaration that political injury must be done to us both?

Interesting that he named Saleam and Cottrell, given that each of us have been specific targets, albeit in different ways for all sorts of smear and destabilization tactics, particularly in a layered and frenzied campaign over the last several months. It is notable in that Crawford has had nothing to do with Cottrell and the UPF; it is heavily centred in Victoria, while he is actually New South Wales based. Is Howard Crawford suggesting he is part of a national network out to cause mayhem?

As may be relevant, it is reasonable to say that Mr. Cottrell is not yet a nationalist, but rather is someone striving towards it, along with many of his UPF friends and associates. It is this ‘striving’ which has alerted the dirty tricks operator who appears to have friends on both Left and Right.

It is because the UPF movement arose out of the mild anti Islam soup and then took to street action and broadened its base and reached out to alienated patriotic Australian young people – it thereby alerted the agents of disruption. It is because this movement could take the leap into Australian nationalism that it represents a danger.

For my part, I hope to see them do that, sever the last ideological-political links with civic and loose patriotism and take up the banner of the historical nationalist movement.

Of course, prior to that final transition, I would unite with them around practical matters when requested and refuse to do anything less. If the real enemy have targeted them, then it is necessary this is understood as a result of their virtues and hardly because of any limitations of immediate ideology and politics. End. Unity is absolute.

The last several weeks of organizational strife for many groups and now with the Crawford expose, have impressed Australia First Party with a simple fact: if a lot of trouble between groups and within groups was ‘organized’, then it may indeed be proper to undo the evil work of alien elements.

I said that the history of disruption goes back a long way. It has been consistent since 2004 in that it involved a concerted effort to sidetrack the nationalist movement into anti Islamism, to assail all who criticize Zionism as anti-semites, to promote mainstreaming as political tactics and to bloc with establishment connected conservatives. Ultimately it involved the creation of civic patriot groups, the emergence of Ziopatriot ideologues and clever internal disruptions.

Many people, good people, have clashed since that time. Friendships were broken and rivalries induced. Arguments have flared and waxed and waned. I could go on and on. We all know it.

I think that the surest way to defeat the latest wave of disruption is for people to unite in rejecting the game.

The first step is amnesty from each of us to all who have seemingly offended, but whose essential commitment has always been there. It means too, that if any of us have reacted strongly to this or that thing or person it was possibly because we were also ‘played’.  Australia First Party, for one, believes that amnesty is a powerful factor in getting many activists back into the struggle and into cooperative action. In other words: the arguments end today!

Very shortly (and you will forgive me if I do not give too much detail), a coalition of nationalist organisations will be formed. That will be one mighty weapon in cooling passions in favour of unity. This will bring about a friendly coalition of groups which have sometimes had differences in the past. They will learn to cooperate in activist campaigns and develop essential trust for the future.

However, I believe it goes further.

Speaking only for Australia First Party, I would argue that it is correct for our party to reach out to various people who are about now as independent activists and with whom we have had differences over the years. The time is now to reassemble around a party which has held fast to principles and never wavered. 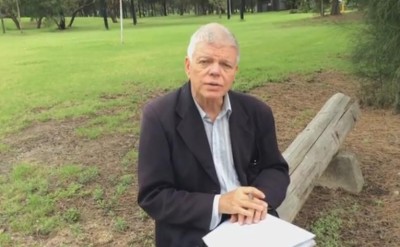 Our door is assuredly – open.  Amnesty and unity are essential tools in the struggle in 2016.