The Australian Labor Party has long abandoned its working class values fought for by Ordinary Australians for generations.  Instead, these days Labor Caucus only looks after its own and after foreigners; lots of foreigners, which it actively recruits.

To regain Australian voter support, the only tactic Labor’s opposition leader-boy Billy Shorten must deploy is: 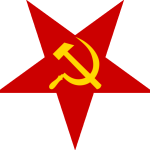 Such is the narcissist dictum issued by the faceless Labor Tactics Committee. 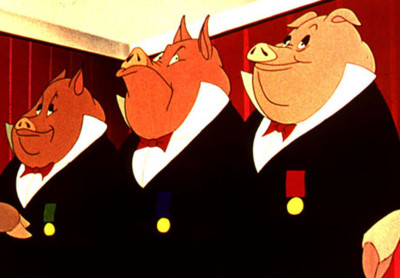 Opposition for the sake of opposition is a lonely game for Billy, especially when voters have switched off Labor and Green-Leftist politics. But Billy is on Labor political death row. Once the 2016 election is nigh, Billy will vanish quietly from Labor’s media scene like one of Kim Jong-Un’s unfortunate sleeping deputies.  Perhaps more quietly than the ABC’s coverage of Malcolm Fraser’s passing after the saturated, elongated coverage of Whitlam’s to ad nasueam. It was noticed.

It has been revealed in The Australian newspaper May 8, 2015, that Labor MPs even back foreign pedophiles.  Jewish Labor MP Michael Danby, a prominent member of Melbourne’s Jewish community, purportedly illegally smuggled a wanted pedophile out of the country in 2008. 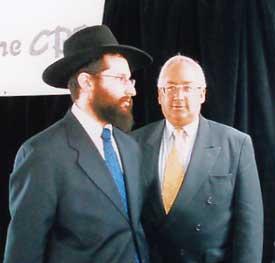 Why did Labor chose Michael Danby to its safe federal seat of Melbourne Ports?  It includes upper middle class suburbs Balaclava, Caulfield, Elsternwick, Elwood, Middle Park and Ripponlea.  More importantly it includes most of Melbourne’s Jewish immigrants (some 40,000 odd), and Danby is Jewish.

It’s what Labor does.  Installs a Jew to get the Jewish vote – whatever it takes.   And Labor’s follow-up to immigration, multiculturalism, evangelises foreign cultures to stay foreign and not to assimilate into our Australian culture.

Leading up to the 2013 national election:  “The Labor Party has raised the profile of multiculturalism to a Ministerial portfolio and continues to support settlement services for refugees with limited access for migrants.”

So Labor’s safe seat of Melbourne Ports is a Jewish enclave and encouraged to be so.  So where are the loyalties of Jews living in Australia – to Australia and its values?

Danby as Labor MP in 2008 apparently intervened on behalf of an ­ultra-orthodox Jewish school to help seek a visa for a female teacher after molestation claims against her surfaced by her former female students. 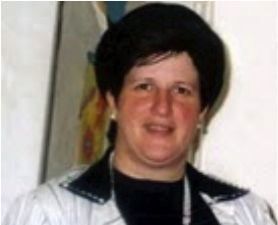 Parents have told to commission that Leifer had molested students aged 15 and 16 at her home and probably at school camps and that one victim had since attempted suicide.  Leifer, an orthodox Jew, was subsequently sacked as principal of Adass Israel Girls’ School following complaints of historic child sexual abuse with students. 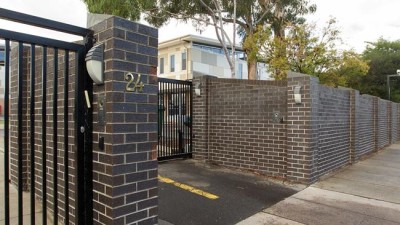 One of the many Jewish fortress schools in Australia

Last week the Supreme Court of Victoria heard that Leifer began abusing the former student within a few years of starting at the school, where she rose to become principal.   Evidence was provided by Mark Ernst, then a member of the Adass Congregation Board, that Leifer had been “stood down” after the accusations surfaced years later.  Leifer had been “rude” and “aggressive” in a speaker-phone conversation with an emergency gathering at the home of Adass stalwart, the late Izzy Herzog, denying the sex allegations. 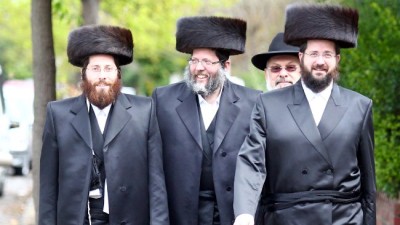 Jewish ‘mesirah‘ prohibits Jews from telling the civil authorities of crimes being committed by other Jews.

Ban it like ‘sharia‘ in Australia!  Australia has one law for all Australians.  Minorities either comply or are illegal.

It has been revealed that the Rudd Labor Government (2007-2010) was involved in facilitating the Adass board’s decision to smuggle her out of Australia just hours later, to try to avoid her facing justice in Australia. A travel agent told the Supreme Court she was approached by a contract worker for her agency in 2008, with a late-night plea for a hurried purchase of airline tickets to Israel on “compassionate” grounds.

Tammy Koniarski, who runs Breakaway International Travel, processed the tickets urgently requested by co-worker Hadassah Ernst on March 5, 2008. Hours later, in the early hours of March 6, they were used by Adass Israel Girls’ School principal Malka Leifer and her family to take a night-time flight via Hong Kong to Israel.

Two former students filed civil claims in the Melbourne Supreme Court in March 2012 suing Leifer and the Jewish school for breach of duty.  Extradition proceedings were launched some 18 months ago.  One of the students, now aged 27, is suing Malka Leifer and the Adass Israel Girls’ School in Melbourne’s southeastern suburbs, claiming Leifer repeatedly assaulted her over four years in the mid-2000s. The Jewish school is already facing a civil suit, lodged with the Supreme Court last year, which also listed Leifer as a defendant. A second suit lodged by another former student had been dropped; the suit was settled out of court, though the details of settlement are unknown. 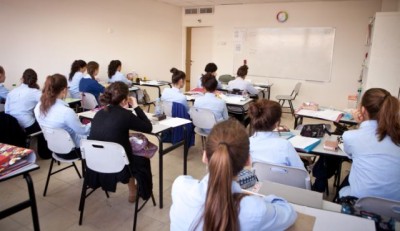 Leifer has now been arrested in Israel and will be extradited to Australia to face charges relating to these historic child sexual abuse claims. A spokesperson from the Attorney-General’s office said the matter was now before the court in Israel, but confirmed that Leifer had “been arrested in Israel in response to an extradition request made by Australia”.  Leifer is now under house arrest in Israel, with efforts underway to extradite her to Australia to face criminal charges in relation to her role at Adass.

So who paid for Leifer’s one way El Al Airlines flight to Tel Aviv?

So who arranged for her visas?

So who was aware of her pedophile charges and when?

Were background checks done on Leifer before she was employed at Adass Israel Girls’ School?

Did Michael Danby abuse his privileged position as a member of the Australian Parliament?

The first letter, to the school, asked the Immigration Department to “favourably” consider the school’s request. Another letter, sent to the department two months later, again asked for the visa application to be granted, saying Adass Israel Girls’ School believed Mrs Leifer had special religious expertise.

The alleged victim told the court she had never received an apology from the school or anyone associated with it, and that it had twice rejected her requests for financial assistance to pay for counselling.

In September 2011, a Jew living in Balaclava appeared in court charged with sexually assaulting children at the orthodox Jewish Yeshivah College in East St Kilda.

Locksmith and security guard, Samuel David Cyprys (43) was arrested at the time and charged with 16 counts of indecent assault and 13 counts of gross indecency involving boys at Yeshivah College during the 1980s and early 1990s.  The court heard there were five alleged victims in Victoria, five in NSW and two in the US.   The victims were aged between seven and 17 at the time. 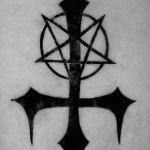 Samuel David Cyprys, has since become known as Australia’s most notorious child rapist who is currently serving time in prison of child rape and abuse charges.  Cyprys was protected by orthodox Jewish Chabad leadership for more than two decades and given free access to Chabad’s buildings and its students. He used that to abuse and rape more children. 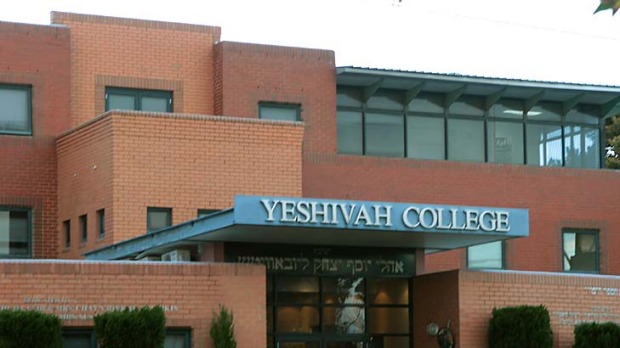 Meanwhile at the current Royal Commission into child abuse, testimony presented by Jewish Rabbi Yosef Feldman has claimed that he did not understand laws against touching the genitals of little ones.  Counsel assisting the commission Maria Gerace asked directly: “Did you understand that it was against the law for an adult to touch the genitals of another child?”

“I didn’t know that as a fact,” Feldman said.

Further scandals are coming out involving the habitual abuse of young boys by Jews squatting within the cities of Sydney and Melbourne. 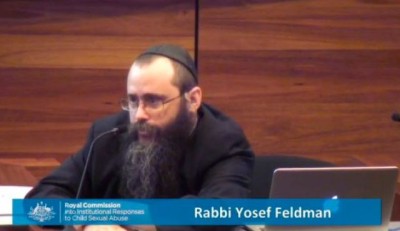 Call to outlaw Chabad-Lubavitch orthodox Jewish sect and Adass Israel Girls’ School and Yeshivah College in Australia as part of an illegal cult!

Religions that fail to report child abuse immediately to be issued with a show cause notice to be deregistered charity/church in Australia. If senior hierarchy of that religion are found by an Australian court to have condoned child abuse including pedophilia, the religion is to be outlawed as a cult in Australia. Detailed legal protocols to be drafted.